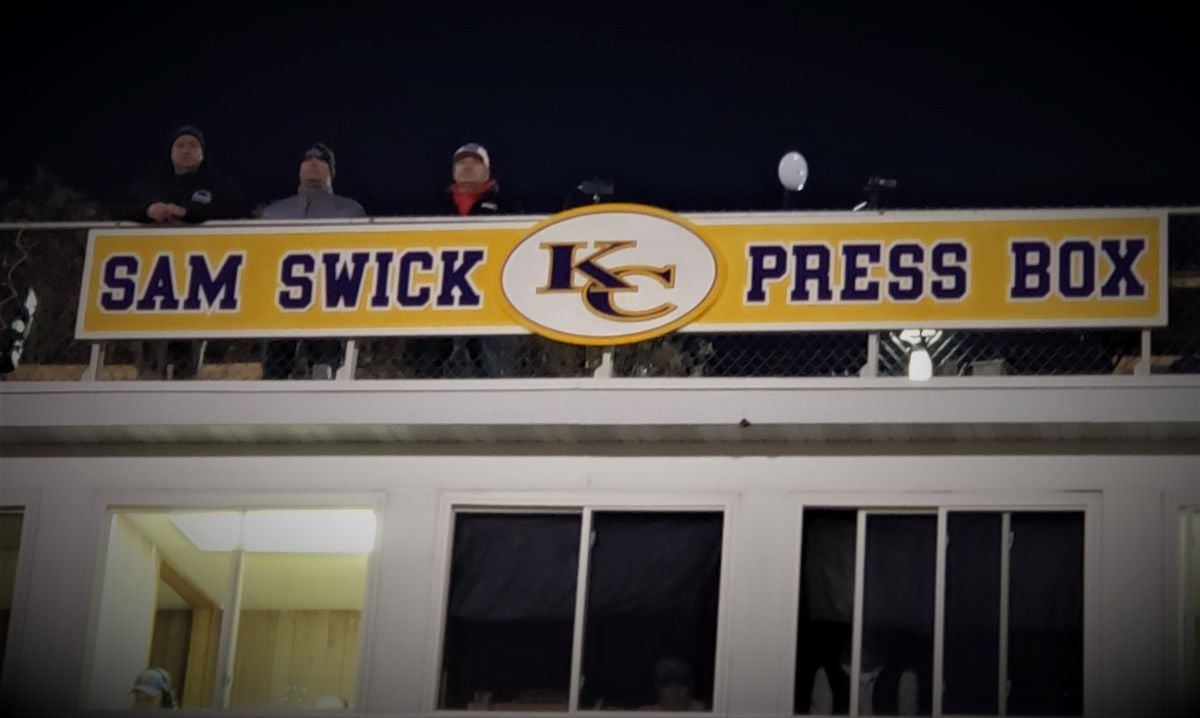 Swick just completed his 54th regular season of public address announcing high school football with all of it split between East Brady and Karns City.

“I could sit down for all my years and I could talk for the next hour and a half,” Swick said after the unveiling of the sign on the press box. “But you guys want to see a football game and so do I.”

Swick went on to thank his family, the athletic directors at both East Brady and Karns City – and their secretaries – and the fans.

“The fans at Karns City are the greatest fans in the world, period,” Swick said. “There is no one better than you. And thank you for this honoring this evening. Thank you so much. I am overwhelmed and I am humbled. Thank you.”

During his long career, Swick, who was a teacher and is a pastor, has been the PA announcer for a pair of state championship basketball teams including the 1980 boys team at East Brady and the 2000 girls team at Karns City.

Swick was the PA announcer for East Brady during NFL Hall of Famer Jim Kelly’s time at the school, and Kelly voiced a special message to Swick that was played during Friday’s ceremony.