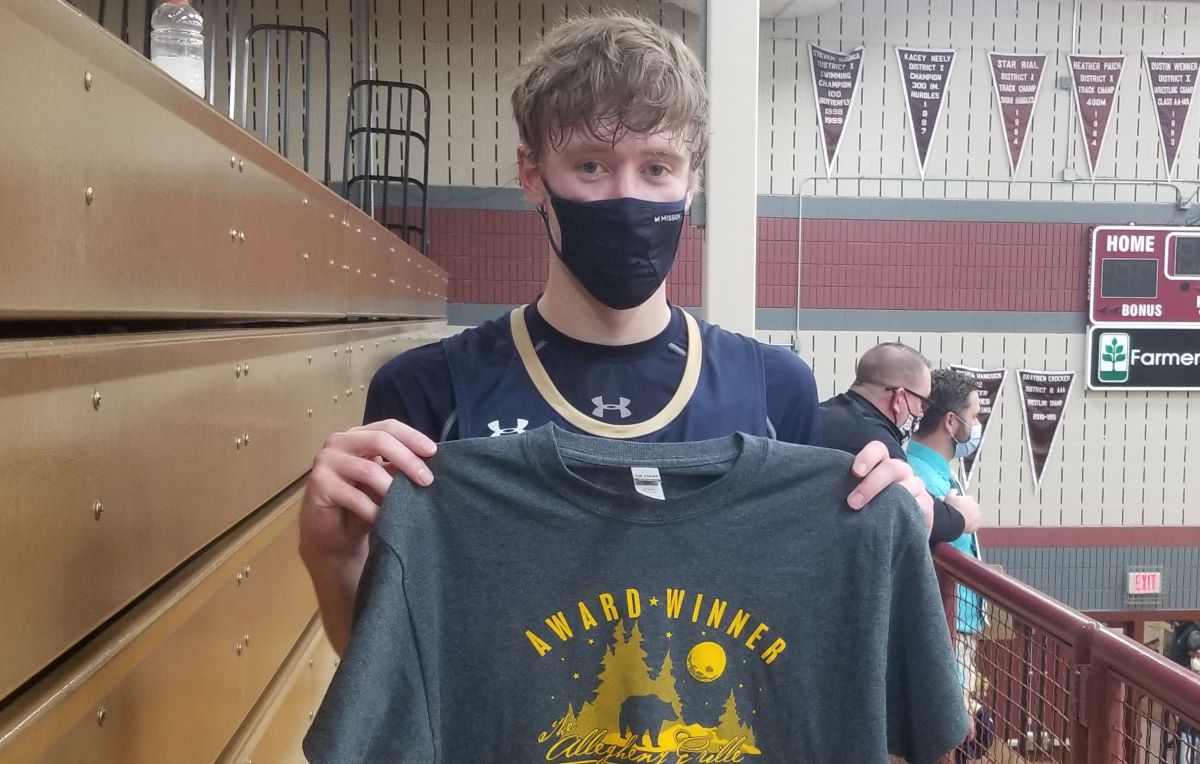 Also see: Shall plays hero for Smethport in an overtime win over Otto-Eldred

But Beighley helped Karns City hold off the charge with his clutch work at the charity line.

Holden Stahl caught fire in the second half for Oil City scoring 15 of his team-high 21 points after the break including nine in the third quarter. Judai Johnson added 17 points, including 11 in the fourth quarter, for the Oilers.

EMPORIUM, Pa. – Cameron County outscored visiting Coudersport 15-0 in the first quarter and then held on to pick up its second win in 10 days over the visiting Falcons, 41-38.

Hayden Brown scored eight of his 10 points in the first quarter to help the Red Raiders to the big lead, and Cameron County still led by 13, 23-10, at halftime and by 11, 34-23, going to the fourth quarter before being outscored 15-7 in the final eight minutes.

Callen scored 13 of the Lions 19 first-quarter points and had 20 in the first half to help C-L to a 20-point, 38-18, halftime lead.
Named the Allegheny Grille of Foxburg Player of the Game, Callen talked about his performance.

Nolan Roulo added 11 points and and five rebounds for the Owls who also got 11 points from GaviN Piscitelli, who hit three 3-pointers. Dalton Dixon chipped in six points and four steals.

FRILLS CORNERS, Pa. – Visiting Karns City outscored North Clarion 7-1 in the third quarter, and that proved to be the difference in a 29-25 Lady Gremlins win.

Emma Johns scored four of the seven third-quarter points for Karns City on a 3-pointer and a free throw and finished the night with a game-high 18 points.

Sierra Taylor chipped in eight points in the win for the Lady Owls.