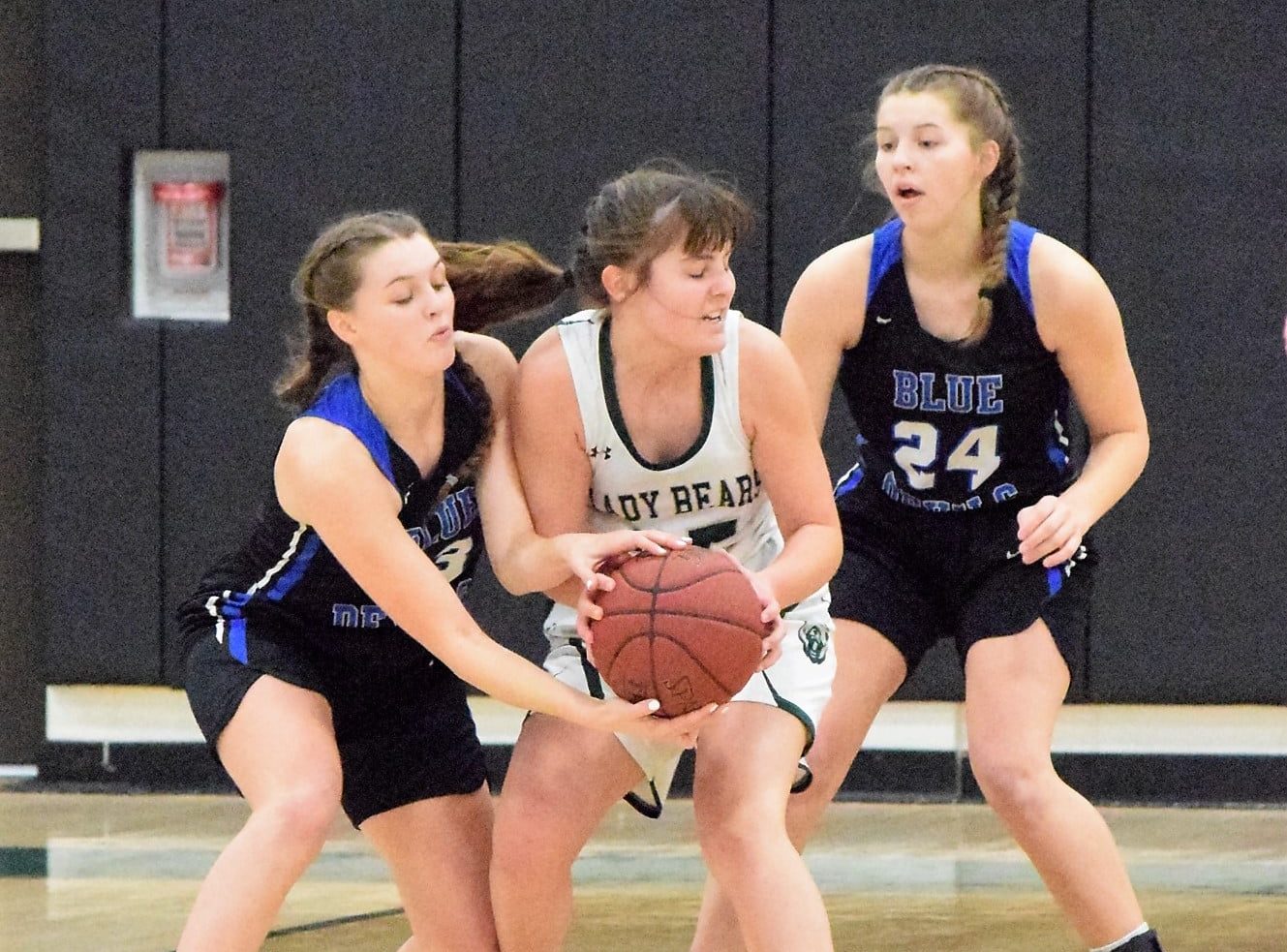 Cam Keyser led the way for the Muskies, pouring in 18 points, while Peyton McElhinny netted 16.

The Muskies outscored the Orioles 28-10 in the fourth quarter.

Isaac Clayton had 24 points and Caden Toscano 18 for Rocky Grove.

Austin Shady had 21 points to lead the Yellow Jackets.

Greenville led by 15, 44-29 at halftime, and withstood Sharon’s rally.

Landon Bielata had 19 points for the Trojans and Jalen Ritzert 17.

Brett Salsgiver had a huge game in defeat for Sharon, pouring in 32 points. Connor Porterfield added 13 for the Tigers.

TITUSVILLE, Pa. – Warren jumped out to a commanding 24-2 lead after one quarter on its way to a 57-30 win over Titusville.

GUYS MILLS, Pa. – Cochranton jumped on host Maplewood right from the get-go on its way to a 60-27 win.

But Beighley helped Karns City hold off the charge with his clutch work at the charity line.

Holden Stahl caught fire in the second half for Oil City scoring 15 of his team-high 21 points after the break including nine in the third quarter. Judai Johnson added 17 points, including 11 in the fourth quarter, for the Oilers.

Opal Akol added 13 points for Iroquois in the Region 2 battle.

The Knights, playing shorthanded, got 23 points from Wyatt Lookenhouse and 11 from Kael Hunt.

TIed 10-10 after the first quarter, the Eagles assumed control with a 19-7 surge in the second quarter.

STONEBORO, Pa. – Lakeview built a 13-point first-half advantage on its way to a 50-41 win over Farrell.

Gavin Grantham led the way for the Sailors with 16 points, while Hunter Miller added 15.

Farrell was paced by Trian Holden’s 15 points. Christian Hartley added 10 for the Steelers.

Peyton Mele also had 18 points for the Hornets.

The Bulldogs led 31-21 at halftime and never looked back.

Trailing by one at halftime, the Dragons outscored the Royals 11-4 in the third quarter.

Riley Childress netted 13 points for Warren in the win.

The Blue Devils jumped out to an early 16-4 lead and never looked back.

The Mustangs led by five going into the fourth quarter and outscored the Cardinals 11-6 over the final eight minutes.

Jan. 26, 2021 Wrestling Recaps: Cranberry, Hickory Earn Victories
Jan. 26, 2021 D9 Hoops: KC, CC Boys Hold on For Wins, Callen Has Triple-Double for C-L Boys; Lary Leads Bradford Girls
We use cookies on our website to give you the most relevant experience by remembering your preferences and repeat visits. By clicking “Accept All”, you consent to the use of ALL the cookies. However, you may visit "Cookie Settings" to provide a controlled consent.
Cookie SettingsAccept All
Manage consent