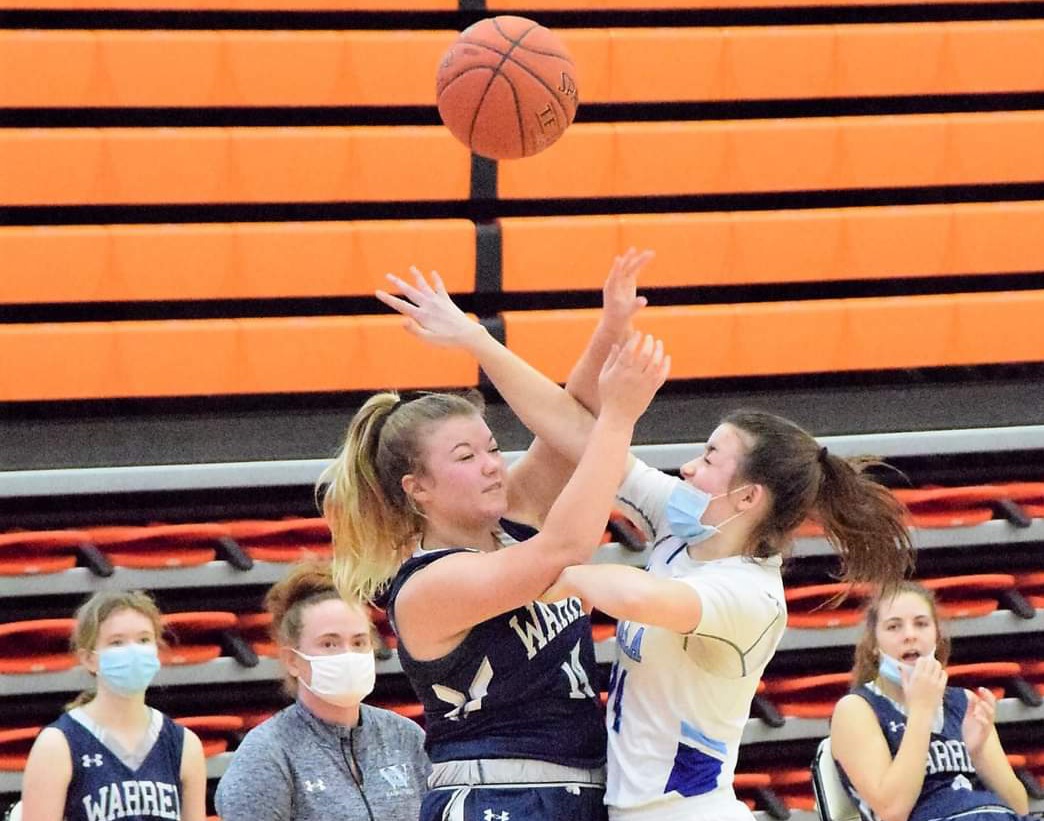 The Victors took control right from the get-go, leading 17-6 after the first quarter and 36-10 at halftime.

Ava Waid, Carissa Dunham and Rachel Majewski had 11 points each for the Victors, while Jayden McBride added 10.

Riley Childress made three triples on her way to a game-high 14 points for the Lady Dragons, while Emma Ruhlman finished with seven points.

Leading by five at halftime, the Tigers outscored the ‘Pickers 20-9 in the second half en route to the win.

Alex Cozzens had eight points to pace the North East.

The Hornets outscored the Knights 14-0 in the fourth quarter.

Sydnie Smith added nine points and Maggie Braymer and Averie Braymer eight each for the Panthers, who led 27-16 at halftime.

Eliza Reynolds had another big game for Union City, pouring in 22 points.

Keegan McConahy had 14 points for Kennedy, which led 35-11 at halftime. Paris Gilmore added nine points for the winners.

Mackenzie Herman added 14 points and Chloe McLaughlin 12 for the winners.

The Steelers led 43-6 at halftime en route to the win.

Reese Pero added 14 points and Sam Burchard and Matt Panchura 12 each for the Bulldogs, who outscored the Yellow Jackets in every quarter.

Austin Barrett had a strong game for Girard with 19 points, while Ethan Getz added 10.

Khali Horton added 15 for the Ramblers.