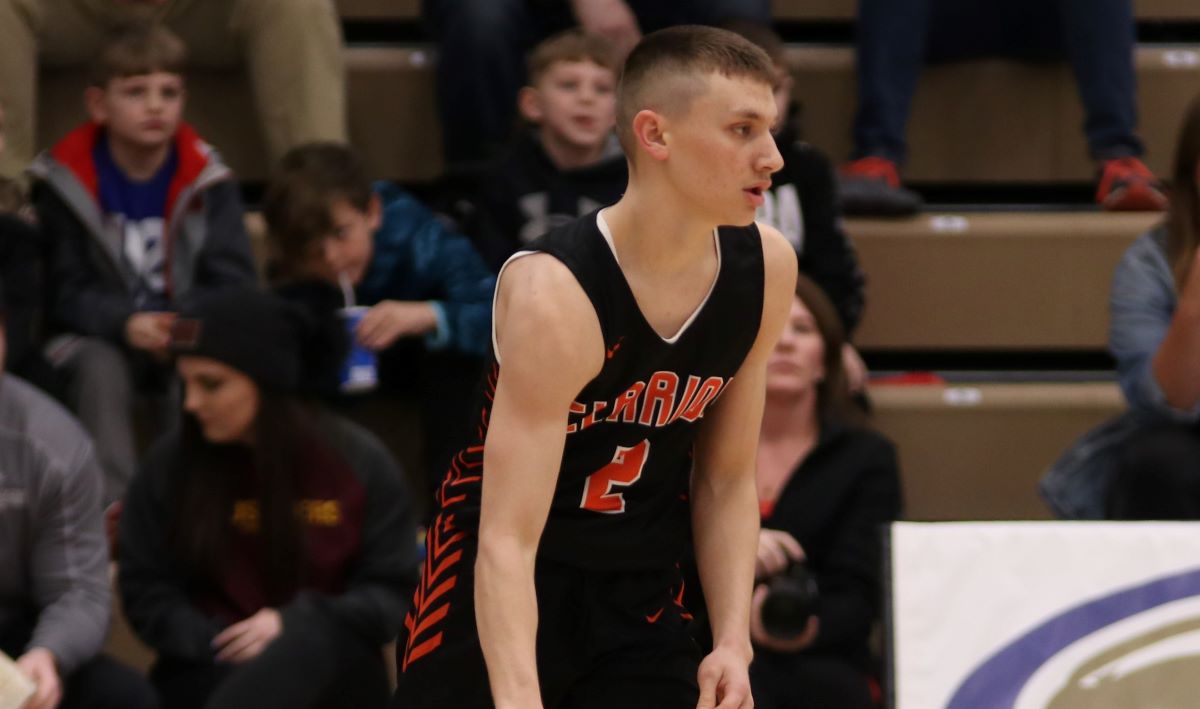 Jansen and McAllister each scored six points in the opening quarter to help the Crusaders to a 24-6 lead at the end of eight minutes.

McAllister finished with a game-high 14 points with Jansen adding 13 while Mark Kraus chipped in 10.

Hayden Brown added 12 points in the win with Gavin Morton chipping in 11.

CLARION, Pa. – Starting the second half on a 15-2 run, Clarion broke open a tie game at the break and went on to beat visiting Punxsutawney, 73-57.

Tied at 34 at halftime, the Bobcats saw Cal German scored 13 of his game-high 33 points in the third quarter to break open the game.

German talked about the win

Watch German bury a 3-pointer in the first half.

Beau Verdill had a double-double for Clarion with 14 points and 10 rebounds, while Hunter Craddock added 12 points and Christian Simko nine points and six rebounds.

Nick Humble had a big game for Punxsutawney with 28 points, including 15 in the first quarter, while Gabe Kengersky added 16 points while hitting three 3-pointers.

Rumsky led the Bison, who avenged a loss to the Beavers last week, with 18 points and six rebounds with Miller adding 17 points and four rebounds.

Lennon Lindholm paced DuBois with 16 points, including 14 in the second half. Brady Woodward chipped in 13 points.

Tony Richards and Lucas McNeal scored 11 points each for the Wolverines to help give Jordan Copley his first win as varsity head coach.

Ty Terry pumped in three fourth-quarter 3-pointers on his way to a 19-point performance for Curwensville.

KANE, Pa. – Carson Whiteman had 16 points and five assists to lead Kane to a 46-31 win over visiting Smethport.

Andy Jekielek and Zuke Smith each added eight points for the Wolves who also got seven points and six rebounds from Mason Zuzek.

WEST SUNBURY, Pa. – Jalen Kosko led a trio of DuBois Central Catholic players in double digits with 16 points in a 57-42 win at Moniteau.

Alec Srock and Dante Armanini each added 11 points for the Cardinals who also got nine points from Ethan Kness.

PHILIPSBURG, Pa. – Emma Hipps knocked down three 3-pointers on her way to a game-high 17 points to lead Clearfield to its second win in three days over Philipsburg-Osceola, 60-33, in Philipsburg.

Hipps also dished out six assists in the victory, while Cayleigh Walker added 14 points. Paige Rhine recorded a double-double for the Lady Bison with 12 points and 10 rebounds, and Riley Ryen chipped in five points and eight assists.

Emma Johns added 14 points for the Gremlins who also got eight points from Rosie Carden.