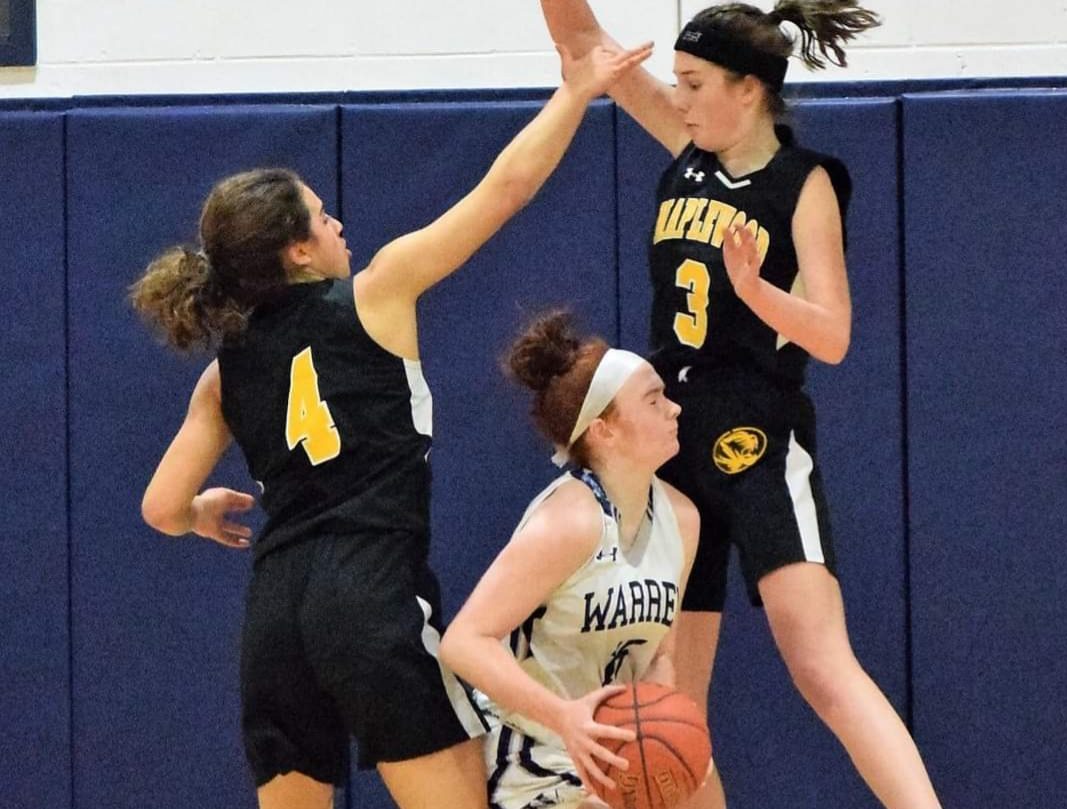 WARREN, Pa. – After scoring just two points in the first quarter, Warren’s offense came to life in a 42-34 Region 6 win over McDowell.

McDowell led 17-13 at halftime behind the strong play of Emina Selimovic, who scored eight of her 13 points in the first half.

The Lady Tigers jumped out to a big lead, 26-7 at halftime.

Sammy Momyer had seven points for Fairview and Sara Gennuso and Abby McCall six each.

Mayidson Kent had 13 points and Lauren Scheider 10 for the winners, who led 32-9 at halftime.

The Lady Huskies, who led by six at halftime, outscored Corry 22-5 in the second half.

The Lakers led 18-2 after the first quarter and never looked back.

Laina Finazzo added 11 for the Lakers.

DCC outscored the Lady Knights 17-2 in the second quarter to assume control of the game.

Michael Brooks drained three triples on his way to 15 points for GC, while Dylan Stull added 12 points and Sam Norris 10.

The Knights jumped out to a 19-1 lead after the first quarter.

EDINBORO, Pa. – Cathedral Prep jumped out to a double-digit lead after the first quarter and never looked back en route to a 64-49 win over GM.

Khali Horton had 20 points and Liam Galla 18 for the Ramblers.

Eli Bruce had 15 points to pace the Lancers.

Mason Beck had 15 points and Jaden Harper 14 to lead the Trojans.

The duo of Ladevich and Doyle combined to knock down nine 3-pointers.

FARRELL, Pa. – Denzel Driver poured in 22 points to lead Farrell to a 68-39 win over Jamestown.

The Steelers jumped out to a 34-15 halftime lead.