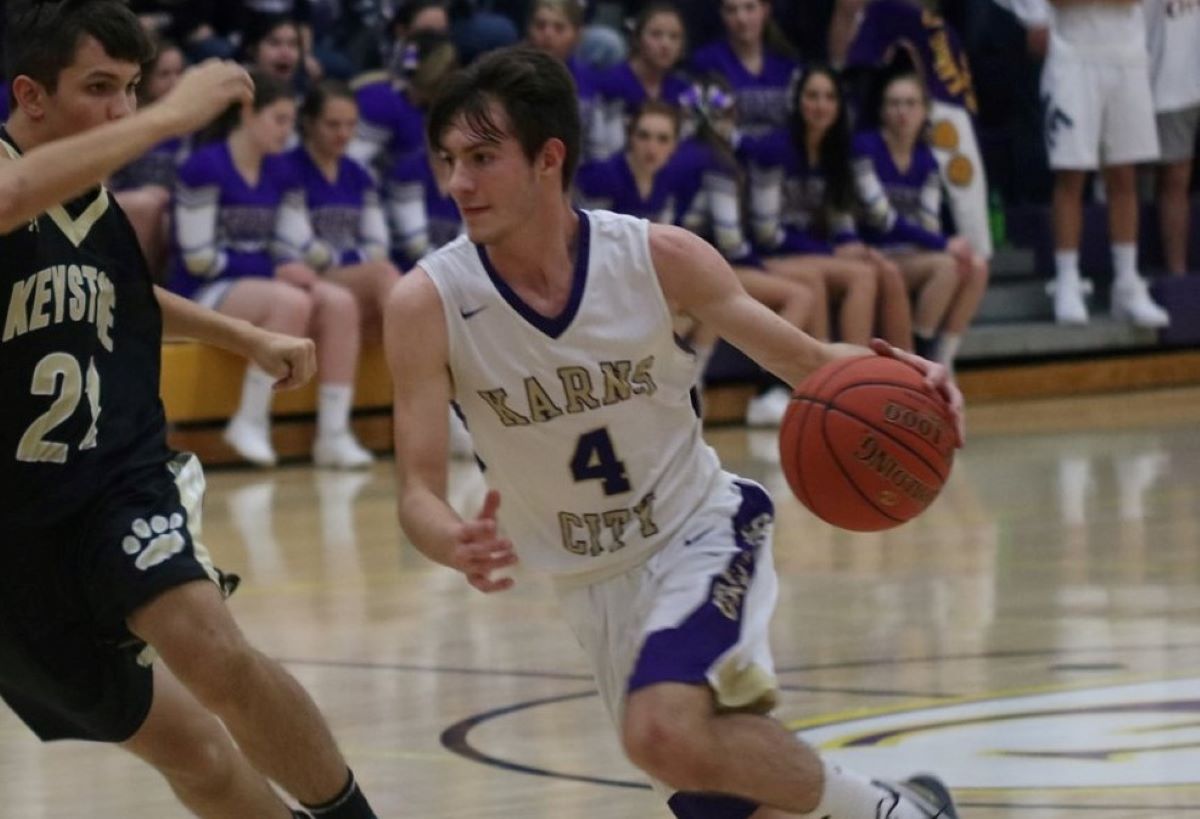 Chase Beighley was 6 of 6 from the line and Nathan Waltman was 7 of 8 from the stripe in the fourth quarter for the Gremlins.

STRATTANVILLE, Pa. – Sophomore Rylie Klingensmith had a varsity debut to remember scoring a team-best 17 points to lead Clarion-Limestone to a 51-44 win over visiting Moniteau.

Klingensmith hit a pair of 3-pointers in the second quarter on his way to 10 first-half points helping to keep the Lions close in an otherwise forgettable first half.

C-L trailed 29-22 at halftime but outscored Moniteau 17-9 in the third quarter to take the lead thanks to seven Hayden Callen points.

Brady Thompson had a double-double for Moniteau with 10 points and 10 rebounds, while Kyle Pry and Chason Delarosa-Rugg each scored 11 points for the Warriors.

Verdill led the Bobcats with 26 points with German adding 24 points and Simko 22 points. German also had seven assists, while Hunter Craddock chipped in a double-double with 10 points and 14 rebounds.

Aiden Hartle drained six 3-pointers on his way to a career- and game-high 27 points for North Clarion, while Collin Schmader added 10 points.

Zander McHenry, meanwhile, was hot early scoring eight of his 10 points in the opening eight minutes for the Panthers, who also got nine tallies from Bret Wingard.

Cole Miller added 16 points for the Bison, who led 45-18 after three quarters.

Zach Braucht led Penns Valley with 19 points, including 15 in the fourth quarter when the Rams scored 19 of their 39 points.

Dalton Keglovits added 22 points for the Falcons who also got 15 from Derek Easton.

Trevor Lansberry had a monster game for Curwensville with 29 points, while Dan McGarry added eight and Ty Terry seven.

DUBOIS, Pa. – Faith Jacob had 14 points and nine rebounds to lead DuBois Central Catholic to a 45-30 win over visiting Eisenhower.

Jan. 14, 2021 D10 Hoops: Warren Girls, Hickory Boys Notch Big Wins
District 9 and District 10 Basketball and Wrestling Schedule for Jan. 15, 2021
This website or its third-party tools process personal data.In case of sale of your personal information, you may opt out by using the link Do not sell my personal information.
×
Manage consent