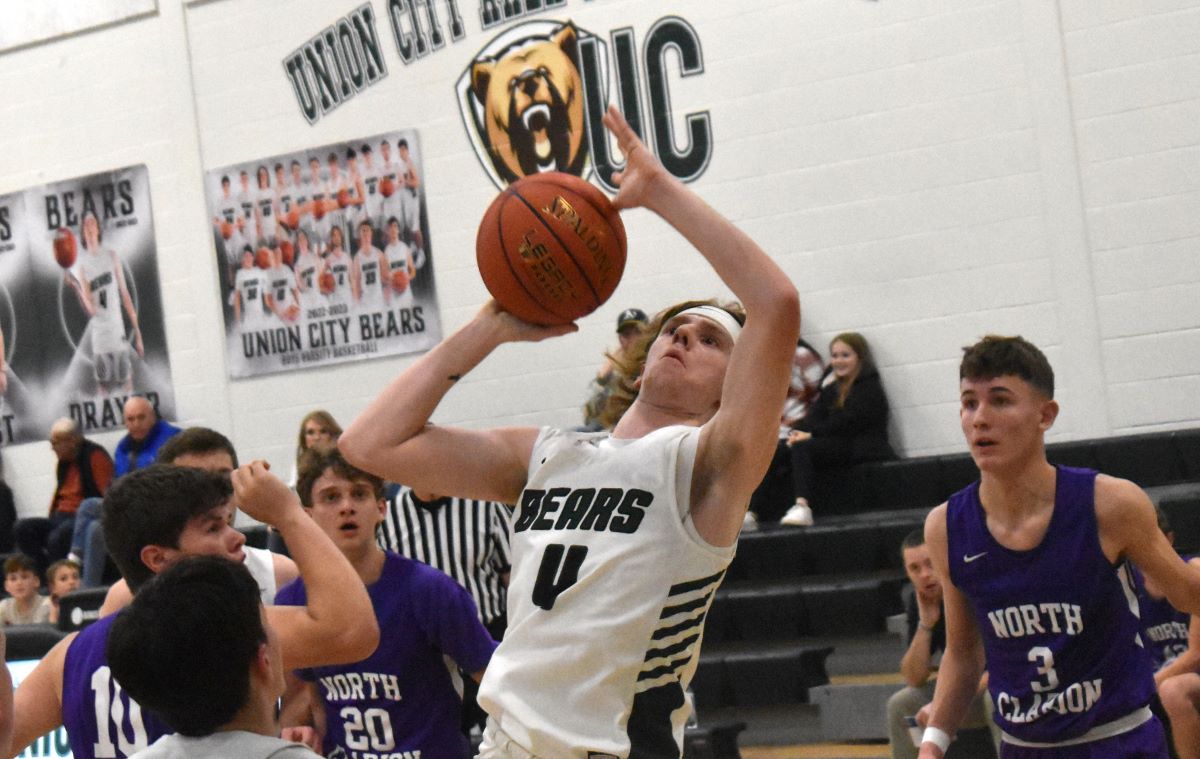 Kael Hunt and Wyatt Lookenhouse combined for 38 points for Eisenhower, with Hunt scoring 20 and Lookenhouse 18 (14 of which came in the first half).

Scott Szymanski scored 16 points (15 in the second half) for Kane, while Ricky Zampogna had 14 and Sam Lundeen 13.

The Bears outscored the Raiders 17-12 in the fourth quarter en route to the win.

Anderson drained a school record eight shots from 3 in the win.

Gio Rococi had 25 points in the loss for West Middlesex, while Richie Preston added 13.

Maplewood went on a 22-6 run to start the game.

Bailey Varndell scored all 10 of her points in the second half for Maplewood, while Madison O’Hara added eight points.

STONEBORO, Pa. – Lakeview outscored Conneaut 16-4 in the fourth quarter to earn a 47-36 victory.

Emma Marsteller led Lakeview with 22 points, 16 of which came in the second half. Kyndra Seddon added 10 points and Kelsey Seddon eight for Lakeview.

Union City outscored Reynolds 22-8 in the second half en route to the win.

Brooke VanTassel was also in double figures for Union City with 13 points.

Danielle Pontius had 11 points for Laurel, which built a 27-19 halftime lead on its way to the win.

Prep went on a 16-5 run in the second quarter to build a 16-point halftime lead.

Lena Walz and Ava Lucarotti were also in double figures for the Ramblers with 12 and 10 points, respectively, while Addie Biel and Tori Mayes had nine each.

Forbes and 20 points and McMichael 18 for the Golden Tornado.

Tori Kimpan had 11 points and 10 rebounds for Sharpsville, while Breanna Hanley and Chasie Fry added seven points each.

Johnsonburg Boys Rally for OT Win Over St. Marys; ECC Pulls Away from Ridgway Late; Cville Gets ICC Win Jan. 20, 2023
Four Players in Double Figures Help Cameron Co. Boys to Win; O-E, VC Also Get Wins
This website or its third-party tools process personal data.In case of sale of your personal information, you may opt out by using the link Do not sell my personal information.
×
Manage consent