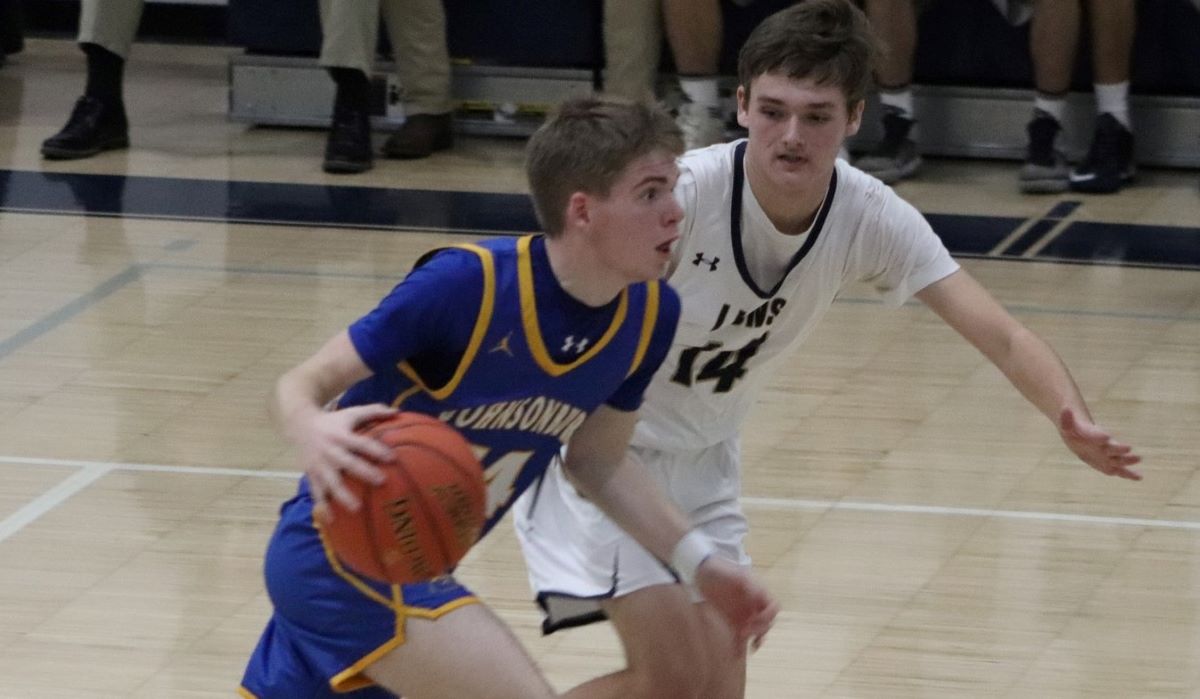 The Dutch led 21-16 at halftime and 30-29 going the fourth quarter before the Rams tied the game at 37 at the end of regulation.

Isaiah Jackson had a big second half for Johnsonburg scoring 11 of his team-high 15 points after halftime including eight in the third quarter,

RIDGWAY, Pa. – Down three at halftime and up two going to the fourth quarter, Elk County Catholic outscored Ridgway 15-4 in the final eight minutes to pick up a 39-26 AML win.

The visiting Crusaders trailed 14-11 at the break before outscoring the Elkers 13-8 in the third quarter to take a 24-22 lead into the final eight minutes.

In the fourth quarter, ECC scored seven of its 15 points from the free-throw line with both Lance O’Neill and Adam Straub going 3 of 4 from the line in the frame.

CURWENSVILLE, Pa. – Davis Fleming hit five 3-pointers on his way to a game-high 19 points, as Curwensville picked up a 63-40 home ICC North win over Moshannon Valley.

Chander English added 14 points in the victory for the Golden Tide who also got 10 points from Parker Wood.

Cole Walters added 12 points and Layton Weimert 10 for the Tigers in the win.

Sharon Boys Outlast Grove City in Overtime; Franklin, Warren, Farrell Light up the Scoreboard in Wins Jan. 20, 2023
Ike, Union City, GM Boys Get Wins; Thomas Powers Maplewood Girls Jan. 21, 2023
This website or its third-party tools process personal data.In case of sale of your personal information, you may opt out by using the link Do not sell my personal information.
×
Manage consent