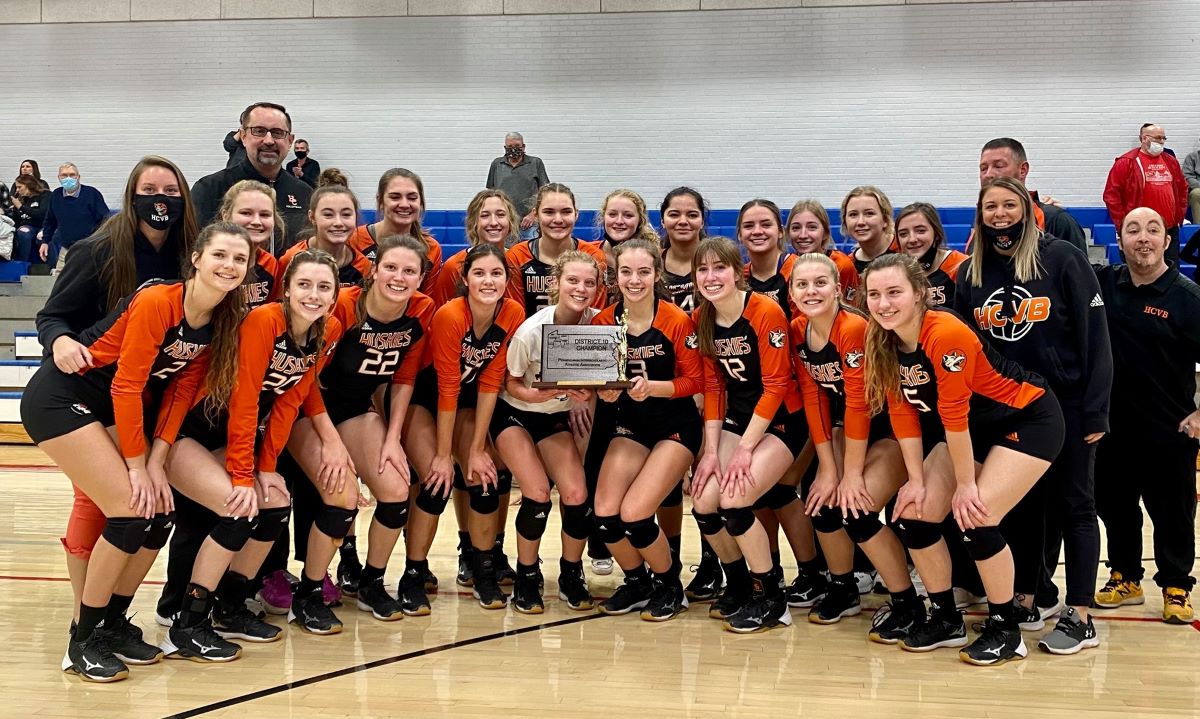 Only an incredible effort from Corry’s Rachel Brady in the third set, when she recorded eight of her match-high 18 kills, kept Harbor Creek from sweeping to the title.

Because, in the first two sets, the Huskies pretty much had their way with the Beavers.

The Huskies took advantage of Corry mistakes during the run, as the Beavers had four hitting errors, a service error, and a double touch during the Harbor Creek spurt.

By the time the Huskies reached 20 points they were up 20-8 and cruised to the early one-set-to-none lead.

It was a lot more of the same in the second set for Harbor Creek.

Leading 6-4 following an ace from Corry’s Makenna Moore, one of three aces for the Beaver freshman, Corry went on a 6-0 run that saw kills from Maura Benim and Zank as well as an ace from Swinerski.

While a quick 3-1 spurt by the Beavers got them back within six, 13-7, Harbor Creek answered back with a 10-3 run that saw a pair of Cubero kills, her only two of the set, a block, and a kill from Anna Daley, a kill from Zank, and an ace from Alli Flook, who had three aces in the first two sets, including two in the second set.

Corry, though, showed why it had won four of the first five D10 Class 2A titles since the PIAA went to four classifications in 2016 while finishing second last year, in the third set.

With the set tied at three following a Daley kill for Harbor Creek, Brady delivered three kills during a 5-0 spurt that gave the Beavers an 8-3 lead that quickly turned into a 13-7 advantage following a kill by Maggie Dow.

After a pair of Swinarski kills helped Harbor Creek get back within four, 14-0, it was a block and two kills by Brady, and an ace by Moore that helped the Beavers go up 19-12.

Corry looked like it would continue to build on the momentum it built in the third set when it took a 6-4 early lead in the fourth set thanks to a pair of kills each from Miranda Nickerson and Brady.

But Harbor Creek stole the momentum back with an 8-2 run that started with a Benim kill and was helped by a pair of Swinarski aces to go ahead 12-8.

Corry kept it close getting the next two points, nut then Izzy Gray took over at the service line for Harbor Creek following a kill by Daley.

And Gray pretty much took home the championship for the Huskies serving four aces to help Harbor Creek go on a 10-0 run that put them on the brink of the title.

The title-winning point eventually came on a back-row kill from Cubero.

Zank and Benim each added five kills in the victory for Harbor Creek with GRay serving five aces. Swinarski added three aces and a block to her 11 kills.

Brady chipped in an ace and a block to her 18 kills for Corry, while Maggie Dow and Kaylee Pierson each added five kills and Nickerson four.

Both teams advance to the PIAA playoffs with Harbor Creek taking on the third-place team out of the WPIAL, Seton LaSalle, and Corry facing WPIAL champion, North Catholic. Those matches will be Tuesday, Nov. 9, at Harbor Creek for the Huskies and at North Catholic High School in Cranberry Township, Butler County for the Beavers.

Grove City Boys Finished Second in PIAA 2A Cross Country
Cochranton Pushes Past West Middlesex for D10 Class 1A Volleyball Championship
This website or its third-party tools process personal data.In case of sale of your personal information, you may opt out by using the link Do not sell my personal information.
×
Manage consent