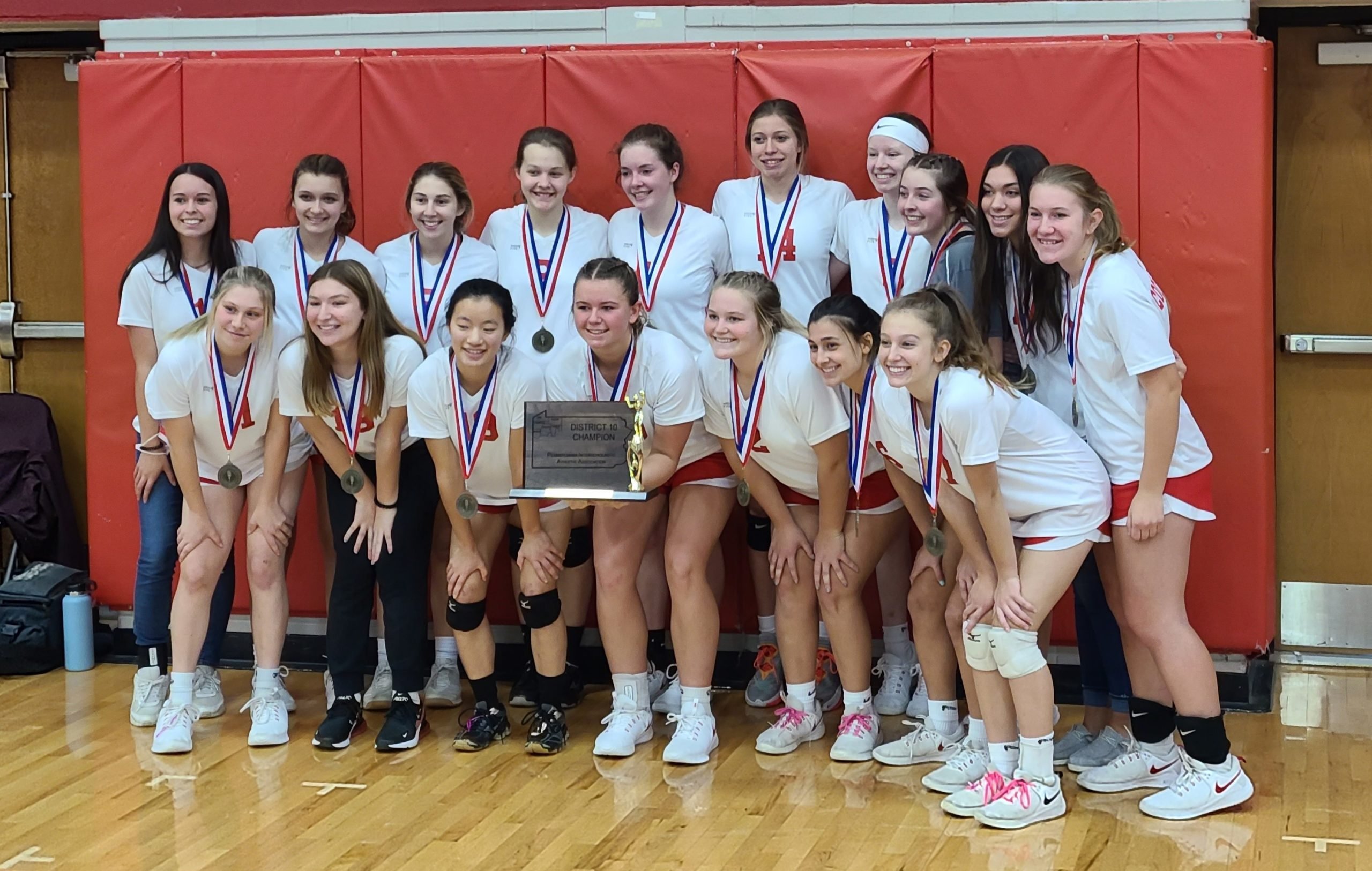 MEADVILLE, Pa. – There was no panic from Cochranton after dropping the first set of the District 10 Class 1A volleyball championship match against West Middlesex on Saturday.

“We played as a team,” said Cochranton junior Taytum Jackson. “We just have a great friendship all around the team and everyone bonds really well.”

Jackson finished with a team-high 21 digs in the win. See her full interview here:

It was West Middlesex that had all the momentum early, however. Carlie Beatty had four kills in the first set, as the Big Reds, after being tied at 8-8, went on a 12-3 run to take command.

An ace from Dana Jackson helped close out the first set win for West Middlesex, but there was no cause for concern on the Cochranton side.

“It was definitely just pick it up and keep going,” said Cochranton’s Devyn Sokol about the message after getting down 0-1.

Added teammate Chelsey Freyermuth: “We couldn’t get down on ourselves. We just had to keep going.”

See the full interview from Sokol and Freyermuth here:

Sokol, who had a team-high 15 kills, went to work early in the second as Cochranton came out strong, jumping out to an 8-4 lead.

West Middlesex came storming back, tying the set on three different occasions at 14, 16 and 19. The Cochranton offense came up big, however, closing the set on a 6-0 run thanks to the steller setting of Dana Jackson (who finished with 33 assists) which led to a pair of key kills from Brooklyn Needler and Sokol.

The Big Reds jumped out to a 13-7 lead in the third set, Cochranton came storming back. A kill from Eve Pfeiffer started at 10-4 run that got the set even at 17-17. From there, Eve Pfeiffer and Jaylin McGill both had kills to help close out the set, 25-22.

“It was a hard-fought battle,” said Cochranton coach Marci Malliard. “I think we were able to keep the ball away from the middle a little bit which was what we were trying to do. They played great defense, not much hit the floor. It was a battle the whole way.”

Down 2-1, Middlesex again took a lead in the fourth set, 12-9. Again, Cochranton responded. Sokol had a kill and a block and Needler a kill as the Cardinals went up 18-14.

The Big Reds couldn’t get any closer the rest of the way, as another kill from Needler helped close out the set and the championship for the Cardinals.

For West Middlesex, Beatty had 10 kills to lead the way, while Caitlin Stephens had 28 assists and Emily Anthony eight kills and 10 digs.

Up next for Cochranton is a date with District 6 champion Homer-Center in the first round of the PIAA playoffs on Tuesday.