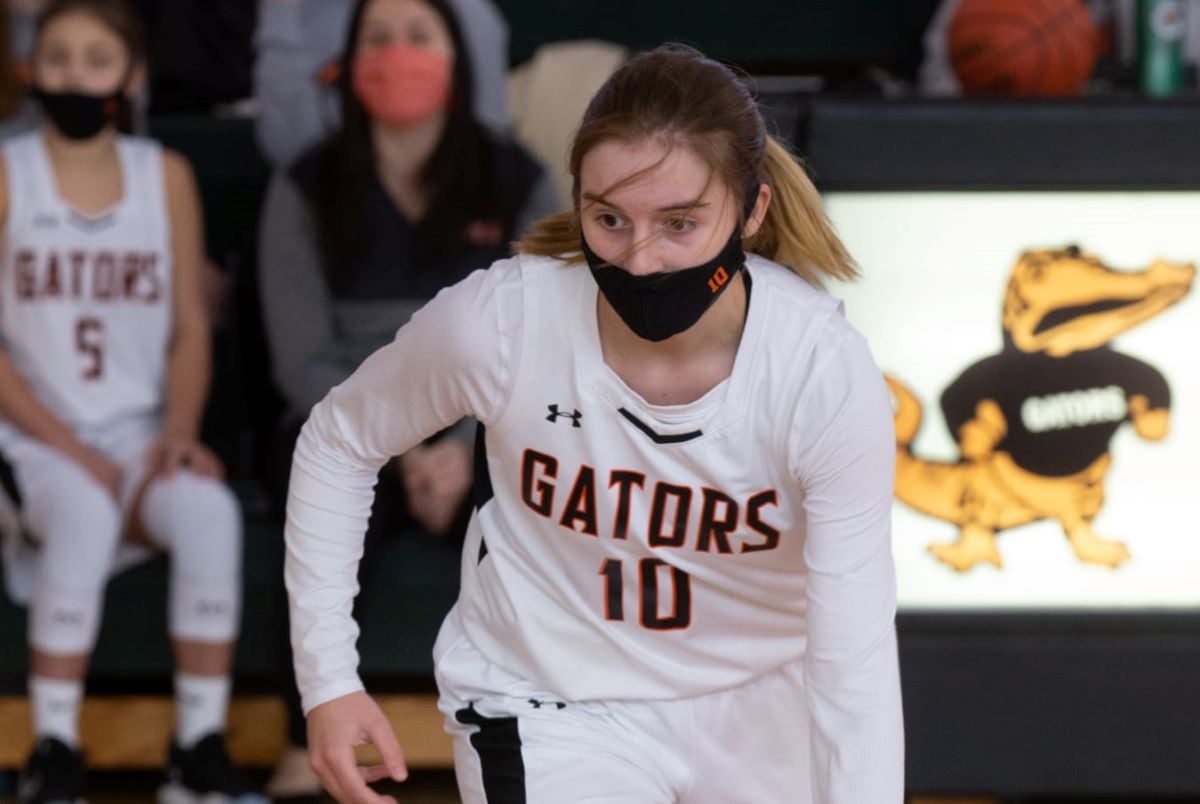 OIL CITY, Pa. – Visiting North Clarion needed just three quarters to score its 46 points on its way to a 46-25 win over Venango Catholic.

The She-Wolves led 33-12 at halftime and the next half was played in the Mercy Rule with North Clarion’s lead up to 46-14 by the end of the third quarter.

SHINGLEHOUSE, Pa. – Megan Hyde netted 12 points to help visiting Northern Potter beat Oswayo Valley, which was playing just its second varsity game of the season and its first since Jan. 23, 42-20.

Garzel, who is averaging 20.2 ppg on the season, scored a game-high 23 points to go with seven rebounds and four steals.

The Lady Rovers outrebounded Brookville, 52-28, as Madelyn Schmader and Nikki Baker pulled down 15 and 12 rebounds respectively.

Bri Heller added nine points and five rebounds in the win for the Lady Terrors who also got eight tallies and five boards from Kayley Heller.

RIMERSBURG, Pa. – Down two heading to the fourth quarter, Union got four points in the quarter from Maggie Minick on its way to a 29-28 win over visiting A-C Valley.

The Golden Damsels trailed 23-21 going to the fourth quarter but outscored the Lady Falcons 8-5 in the quarter to get the one-point win.

Andrea Meals had a game-high 10 points for A-C Valley.

JOHNSONBURG, Pa. – In a Friday matinee, Syd Alexander scored a game-high 16 points to help visiting Elk County Catholic to a 44-28 win over Johnsonburg.

Tami Geci added 12 points and seven steals in the win for the Lady Crusaders with Julia Aikens also swiping seven balls to go with two points.

Bailey Heuston added 14 points for the Dragons who also got 10 from Braylun Ellis.

Emma Hipps and Megan Durandetta each scored 10 points for Clearfield.

DUBOIS, Pa. – Kyla Campbell scored 13 of her 17 points from the free-throw line to lead visiting Glendale to a 56-40 win over DuBois Central Catholic.