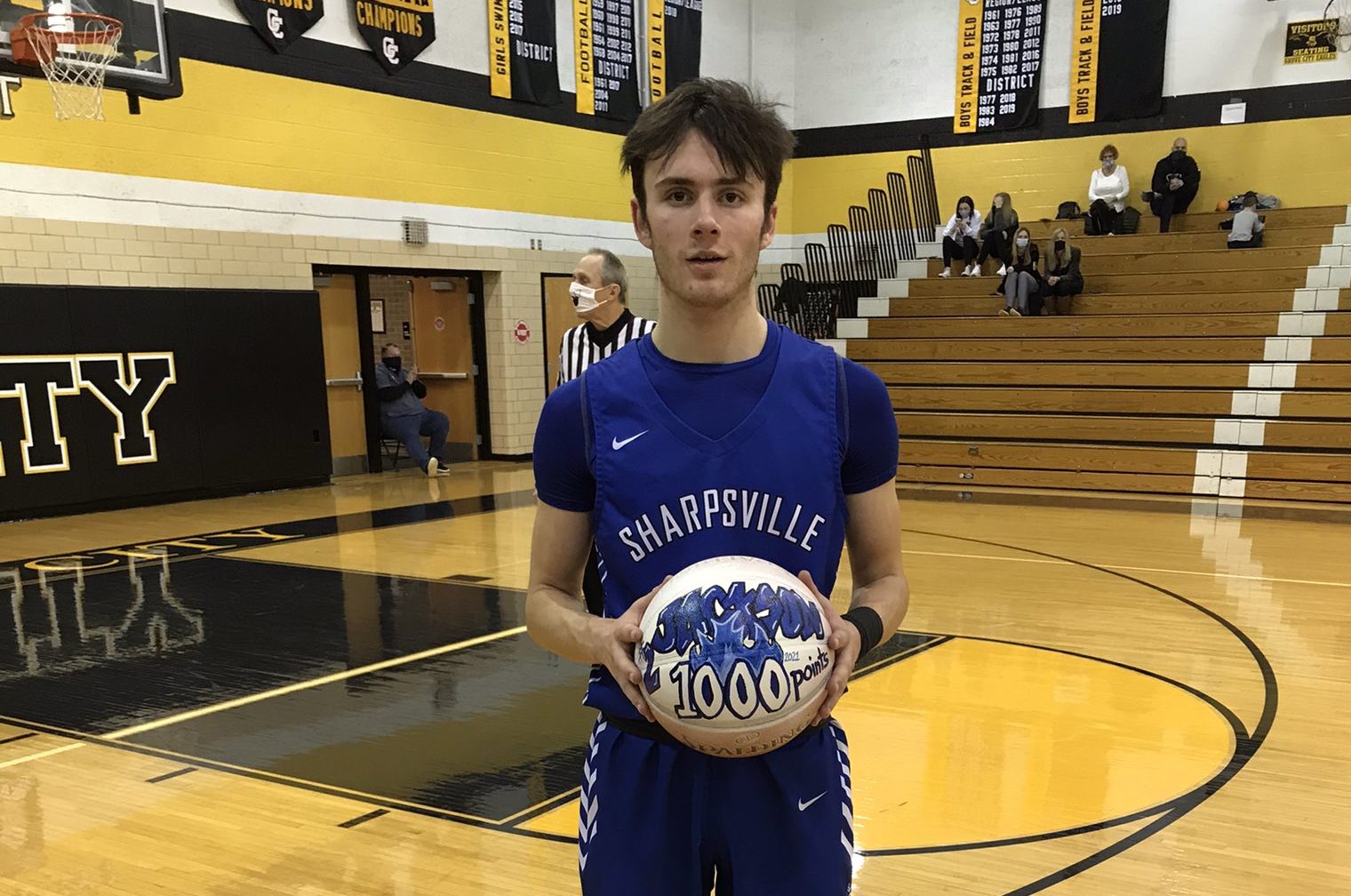 Doyle heated up in the second half, scoring 17 points, including five 3-pointers.

For the game, the Blue Devils connected on 14 shots from distance, including four in the first quarter from Ryan Ladjevich, who finished with 17 points.

The Blue Devils 24-18 in the fourth quarter en route to the win.

Mack Staunch finished with 13 points for Sharpsville, including a pair of fourth-quarter 3’s.

Michael Brooks had a big night for Grove City with a game-high 27 points.

Sam Norris scored 13 points, all in the second half, for the Eagles.

CAMBRIDGE SPRINGS, Pa. – Nathan Held scored 23 points as Cambridge Springs stayed atop the Region 2 standings with a 60-38 win over Youngsville.

The Blue Devils jumped out to a 10-point lead after the first quarter and never looked back en route to the win.

Trent Wheeler and Jayden Shinsky scored eight points each for the Blue Devils.

The Panthers jumped out to a 10-point lead after the first quarter and held a 27-13 halftime advantage.

Curt Darling drilled four 3’s on his way to a team-high 12 points for Eisenhower, while Luke Smelko chipped in with nine.

SHARON, Pa. – Franklin’s Hayden Adams had a monster first half, scoring 22 of his 25 points in the opening 16 minutes as the Knights raced to a 76-28 victory over Sharon.

Adams drained five 3’s in the win, while Easton Fulmer had 18 points for the Knights.

Parks Ordiway scored 12 of his 15 points in the first half for the Dragons, who built a 34-20 advantage, draining three 3’s in the process.

The Cardinals built a 16-point halftime lead en route to the win.

Matthew Bennett had another big game for Union City, scoring 15 of his 22 points in the second half.

Bryce Drayer chipped in with 15 points for the Bears.

The Steelers actually led by three after the first quarter, but KC went on a 21-6 run in the second quarter to take control.

Connor Evans added 14 points for the Hornets, while Jackson Pryts chipped in with 13.

Liam Galla had a big game for the Ramblers with 28 points.

EDINBORO, Pa. – Jackson Hower led a balanced McDowell effort with 17 points as the Trojans pulled away from General McLane for a 63-33 victory.

Jaden Harper added 16 points and Jonah Bock 15 for the Trojans.

Sam Howell chipped in with 12 and Casey Smith 11 for the Huskies.

Brandon Drayer and Derek Black had 12 points each for Harbor Creek.

Logan Kibbe and Justin Walker chipped in 12 points each for the Bobcats.

Eric Steinle had 13 points for Northwestern.

Hunter Smith and Noah Greenburg added 10 points each for the Big Reds.

Dietrich Williams and Aidan Mull had 13 points each for Reynolds.

Brandon Perez added 19 points for the winners and Ryan Mayes 12.

Reynolds was red-hot right from the get-go, scoring 17 of her points in the first quarter as the Lady Bears built a 21-10 advantage and never looked back.