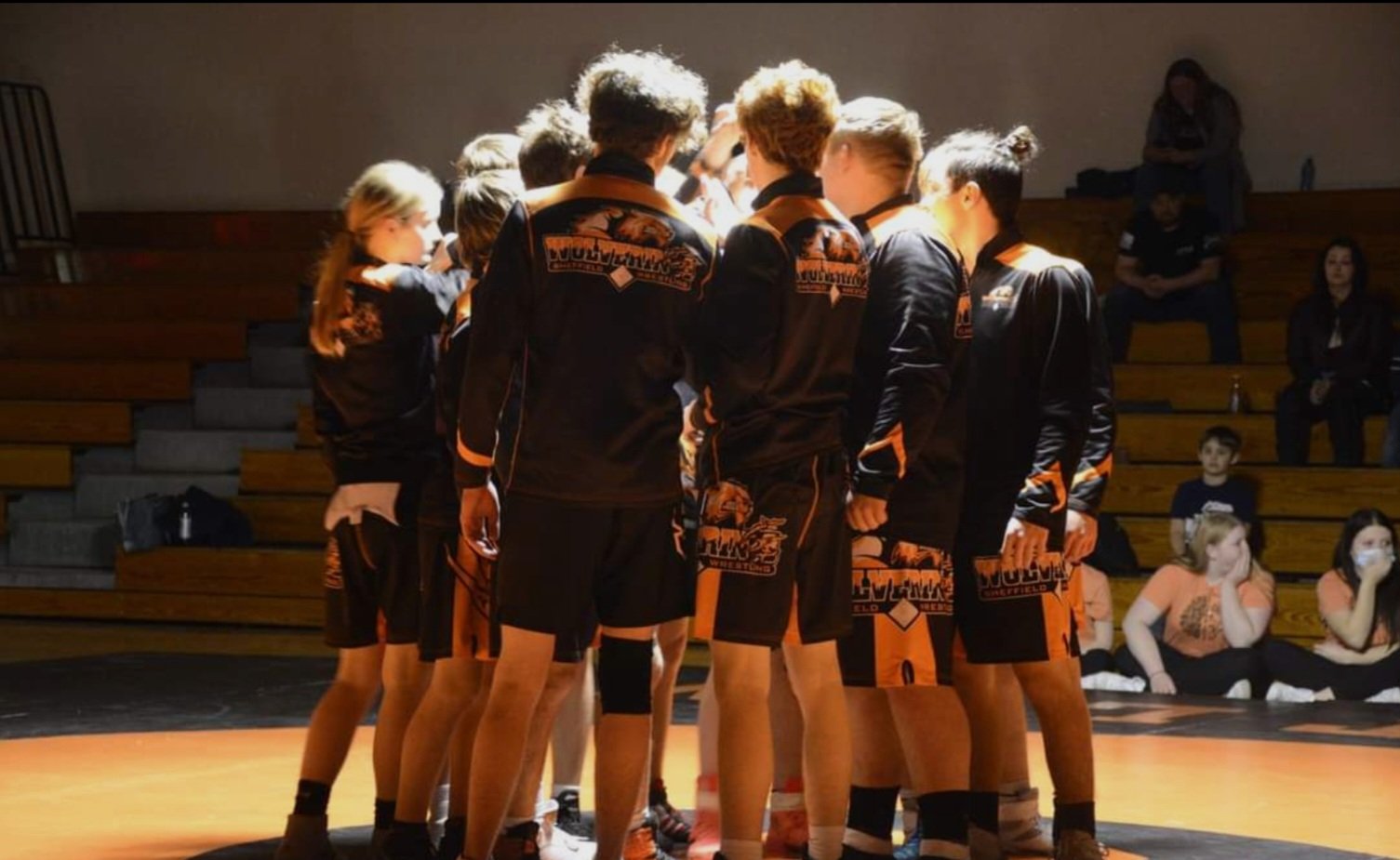 The match-deciding pin for Clarion came at heavyweight where Josh Beal turned around a result against Redbank Valley’s Gabe Carroll.

Tuesday night, the result was very different with Beal pinning Carroll with 38.7 seconds to go in the second period.

“All I was thinking is I am not going to lose this match,” Beal said. “I wrestled this guy once before at Coudersport, and I got really close to it. I knew it was going to be a challenge going in. A little redemption never hurt anyone.”

There weren’t many bright spots for Redbank Valley, as the Bulldogs only won two of the nine bouts wrestled on the mat “earning” 24 of its points via forfeits with Clarion not taking any forfeit victories.

The lone pin for the Bulldogs came in the final bout of the night when Ridge Cook pinned Seth Weckerly with 19.7 left in the first period.

The other victory for the Bulldogs was a 7-4 victory by Carsen Rupp over Logan Edmonds at 215 pounds.

The match started at 132 pounds with Redbank Valley getting a forfeit to take an early 6-0 lead before Clarion won five straight bouts, four by pins, to take control of the match with a 27-6 lead.

The only non-pin victory for the Bobcats was a come-from-behind 11-6 victory at 145 pounds from Holden Sparks over Wyatt Bussard.

Sparks trailed 5-3 going to the third period but a locked hands penalty on Bussard made it 5-4 (Bussard scored two points on locked-hands penalties in the second period). Sparks then got a reversal with just under a minute left in the match to go up 6-5 before an escape by Bussard with 38 seconds left tied things back up at six.

It was at that point that Sparks took complete control of the bout.

Starting in the neutral position, Sparks got a double leg takedown with 21 seconds left to go ahead, 8-6. He then went into a pinning combination and ended up scoring three more points as time ran out in the bout to get the 11-6 win.

After a forfeit at 180 pounds for Redbank Valley and Rupp’s decision at 215 made it 27-15, Beal got his pin to make it 33-15, and then Logan Powell put the match away at 106 pounds when he pinned Aiden McAnulty.

Redbank Valley scored the final 18 points on two forfeits and the Cook pin.

BROOKVILLE, Pa. – In a pair of matches that took a combined 34 minutes, Brookville beat Ridgway 78-0 and Johnsonburg 69-3.

The Raiders received a combined 21 forfeits in the two wins.

In the match of the night, Brookville’s Easton Belfiore jumped out to a 5-1 lead until the late moments before a 5-3 win over No. 12 in Class 2A, Johnsonburg’s Kaden Dennis at 172. Rankings are per papowerwrestling.com.

COUDERSPORT, Pa. – Sheffield got five forfeits and three pins in a 48-27 win over Coudersport.

SENECA, Pa. – Cranberry got four pins and a pair of forfeits in a 39-24 win over Franklin.