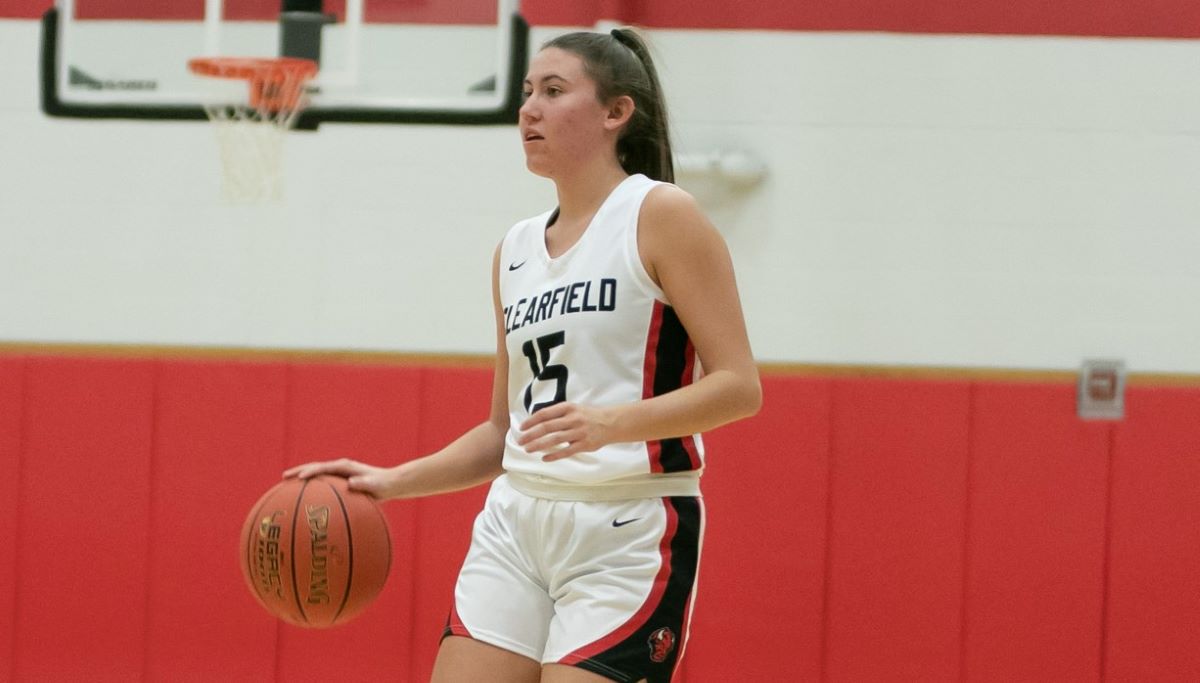 HYDE, Pa. – Trailing by two at halftime, Clearfield erupted for 22 third-quarter points on its way to a 65-51 victory over visiting DuBois Central Catholic.

The Lady Bison were down 27-25 at the break but got seven points from Riley Ryen, six from Cayleigh Walker, and five from Hannah Glunt in the third quarter to pull ahead by eight, 47-39, going to the fourth quarter.

Emma Hipps then scored nine of her team-high 21 points in the fourth quarter to put the game away.

Walker added 18 points in the win with Glunt scoring 11 and Riley 10.

Clearfield’s players talked about the victory

Kayley Risser had a big game for DCC with a game-high 27 points with Faith Jacob adding 10.

WEST SUNBURY, Pa. – Davina Pry had a monster double-double with a career-high 23 points and 20 rebounds, as Moniteau rolled past suddenly reeling Clarion-Limestone, 64-45, for a home KSAC Large School victory.,

The win moves the Lady Warriors, winners of 8 of 11, into a tie for second place in the KSAC Large School Division with C-L with both teams sitting at 4-2 in division play with the top two teams making the KSAC playoffs.

C-L, which has lost five in a row, was led by 21 points from Frances Milliron with Kendall Dunn adding 14.

Emma McFarland hit three 3-pointers on her way to a season-high 13 points – six off her career-best – while Amya Green chipped in nine points and Gwen Siegel seven.

Rossi McMillen added seven points in the win for the Lady Gremlins.

Emma Gruber led Keystone with 12 points, but Karns City limited the Lady Panthers’ leading scorer, Natalie Bowser (15.5 ppg) to a season-low six points. Her previous season-low also came against the Lady Gremlins when she scored seven points Dec. 14, the only two teams she has failed to reach double digits this season.

NEW BETHLEHEM, Pa. – Madison Foringer scored 17 of her game-high 19 points in the first half, as Redbank Valle rolled to a 59-12 home KSAC Large School win over Cranberry.

Behind Foringer, the Lady Bulldogs led 39-2 at halftime and 56-4 after three quarters.

HADLEY, Pa. – Behind 29 points and seven steals from Lily Homan Venango Catholic rolled to a 54-4 win at Commodore Perry.

Mariah Wessell added 14 points and five steals for the Lady Vikings who also got four points and 11 rebounds from Sadie Kalamajka.