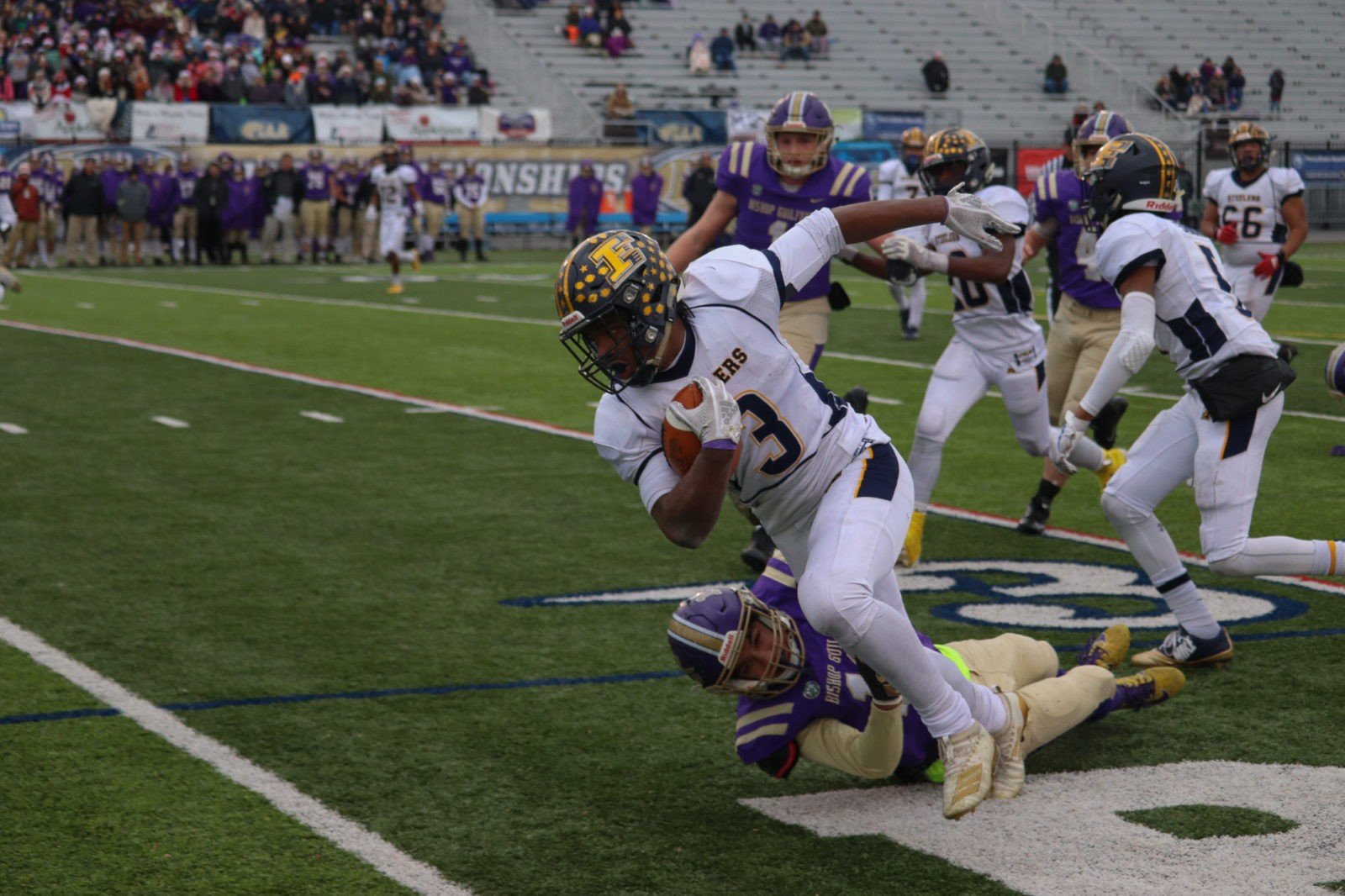 The football playoffs have arrived in District 10.

Get all your playoff information at the D9and10Sports.com Football Playoff Hub

Three games dot the postseason slate to get us started – a pair of semifinal games in Class 4A and one semifinal in Class 2A.

Of course, in a year that has been anything but normal, there had to be a hitch.

Meadville, because of two positive COVID cases in the school, had to have its 4A semifinal at Harbor Creek moved to Monday at 7 p.m.

The other Class 4A semifinal, Conneaut at Oil City, will be played on Friday at 7, as will the Class 2A semifinal, Farrell at Northwestern.

The winner of the Farrell-Northwestern game will meet unbeaten Wilmington for the Class 2A title a week from Friday.

The defending D-10 5A champion Oilers try their hand at 4A this season, and they get the team that gave them their toughest challenge of the regular season.

The two teams met back on Sept. 26, a game that Oil City led 14-13 at halftime before scoring two unanswered touchdowns in the second half.

Conneaut didn’t completely shutdown the vaunted Oil City rushing attack, but they came as close as anyone has this season.

It starts with the rushing attack for Oil City as Russell and the offensive line, led by senior Mario Fontanazza spearhead the effort. The offensive line is physical, and the runners, which also include Sean Stack, are powerful and elusive.

When OC does go to the air, Holden Stahl is incredibly efficient, completing 19-of-28 for 554, seven touchdowns and without an interception. J.T. Stahlman (305 yards) and Dakota Cole (232) are his top targets.

Conneaut has played one fewer game than the rest of its counterparts in the 4A playoffs, because they started the season a week later.

Eagle quarterback Nate Bortnick is a true dual-threat. This season he has thrown for 490 yards (64 percent completion percentage) with six touchdowns and three interceptions. He also has 356 yards on the ground and six scores.

Max Lewandowski carries the load in the run game with 568 yards and seven touchdowns, averaging 7.2 ypc.

This game, which has the potential to be a classic, features a stark contrast in styles. Harbor Creek loves to beat teams through the air with record-setting quarterback Casey Smith, while Meadville has its usual stable of terrific running back, coupled with strong offensive line play.

To call the Huskies’ a true passing team, however, is doing them an injustice. Cameron Williamson has emerged as one of the best backs in District 10 this season, carrying the ball 103 times for 804 yards and 12 touchdowns, an average of 7.8 ypc.

Smith is completing 69 percent of his passes for 1,263 yards, 19 touchdowns and just one interception.

Smith has a plethora of weapons to go to, including his brother, Cody Smith, the leading receiver with 29 receptions for 450 yards and six touchdowns. Marrick Bauer, Austin Vaughn and Ryan Whitman have 10 catches apiece for the Huskies, and they are all averaging over 21 yards per catch. Whitman leads the way at 30.4 to go along with seven scores.

The Bulldogs will look to keep that potent aerial attack of the field with their powerful running game. It starts up front, and backs Khalon Simmons, Tamoj Lyons-Glover and Griffin Buzzell.

Watch out for the defenses, as well, as Harbor Creek allows just over seven points pe game and Meadville 13.2.

Northwestern has been one of the best stories in District 10 this season, giving up just eight points per game en route to a perfect 6-0 record.

Outside of a pair of losses to Wilmington, the second of which came 21-20, the Steelers have rolled through their other opponents.

It’s rare that the team with the unblemished record is the underdog, but here we are.

Defending Class 1A state champion Farrell has looked the part once again, and that starts with the electric Anthony Stallworth.

Stallworth has rushed for 900 yards and 18 touchdowns, averaging over nine yards per carry in the process.

Outside of the two Wilmington games, the Steelers have yielded just 22 points.

Northwestern also gets it done with defense, and will need to do so again in this one.

Offensively, quarterback Ryan Tewell and running back Austin Swift spearhead the attack. Tewell has completed 57 percent of his passes for 621 yards, seven touchdowns and one interceptions, while Swift has carried for 686 yards and three scores. Tewell also has 289 yards and five touchdowns on the ground.

If the kicking game becomes a factor, the Wildcats’ Preston Runser could be a factor. He has knocked through several field goals this season, including an overtime game-winner against Maplewood.

D9 regular season football: Six games on schedule
D9 playoff time: 5 games, one for a title in Class 3A
We use cookies on our website to give you the most relevant experience by remembering your preferences and repeat visits. By clicking “Accept All”, you consent to the use of ALL the cookies. However, you may visit "Cookie Settings" to provide a controlled consent.
Cookie SettingsAccept All
Manage consent