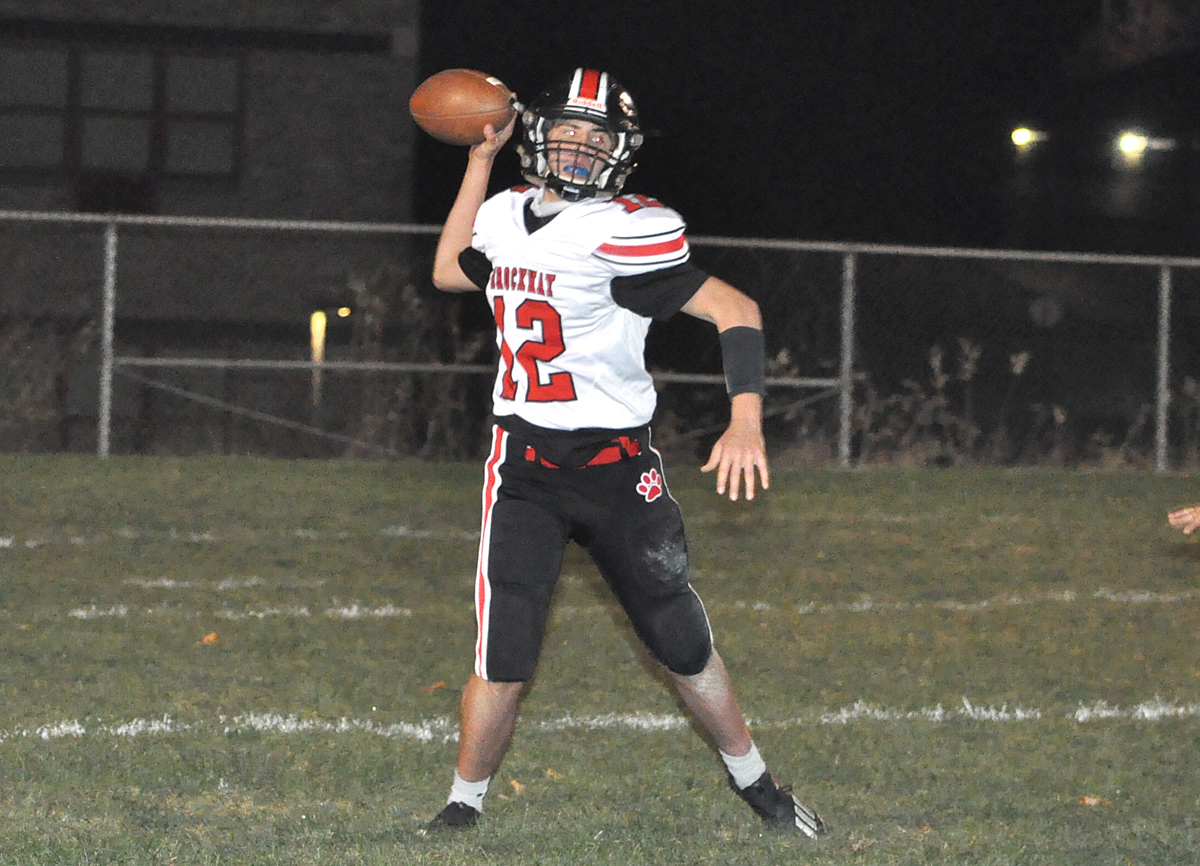 Brockway's Conner Ford and the rest of his teammate revive an ancient football rivalry Friday night when the Rovers square off against DuBois. It's the first meeting between the teams at the varsity level for the first time since 1928.

While the playoffs begin, so does the regular season. Such as things are in 2020.

District 9’s playoff semifinals in Classes 1A and 2A along with the Class 3A final kick off the postseason this weekend. Along with that are six games featuring 11 district teams.

Here is a closer look at those games:

The Beavers, 35-13 losers to Brookville last week, used Austin Mitchell at quarterback with starter Cam-Ron Hays out with an injury. He completed 11 of 19 passes for 67 yards with one TD and two interceptions while running for 58 yards on six carries. Zach Henery leads the Beavers with 427 yards rushing.

Rovers quarterback Conner Ford has thrown for 628 yards and 6 TDs while rushing for a team-high 211 yards.

It’s a rematch from their Week 2 game in Punxsutawney when the visiting Warriors rallied for a 21-14 win. The Warriors haven’t won since then while the Chucks’ losing streak now stands at 22 games.

The Crusaders beat the Red Raiders, 32-6, in the opening week. The Red Raiders scored their first TD since that game in last week’s 40-8 loss to Port Allegany.

The Wolves host the Terrors looking to even their record that includes three losses to teams playing in the postseason this weekend (two to St. Marys and one to Ridgway).

The Owls travel to face the Gators looking for their first win. The past two weeks in rematches with Ridgway and Kane, the Owls cut into the margin from their first losses. Last week, the Owls lost 27-14 to Kane after losing 51-7 to the Wolves the first time around.

The Bucks of District 4 head to Curwensville, which is coming off a two-week layoff after losing last week’s home game against Redbank Valley to COVID-19 concerns.

The Golden Tide last played in a 19-14 loss to Brockway. Curwensville had played two tight games with Keystone and then Brockway after getting shut out by Redbank Valley and Union/A-C Valley to start the season.