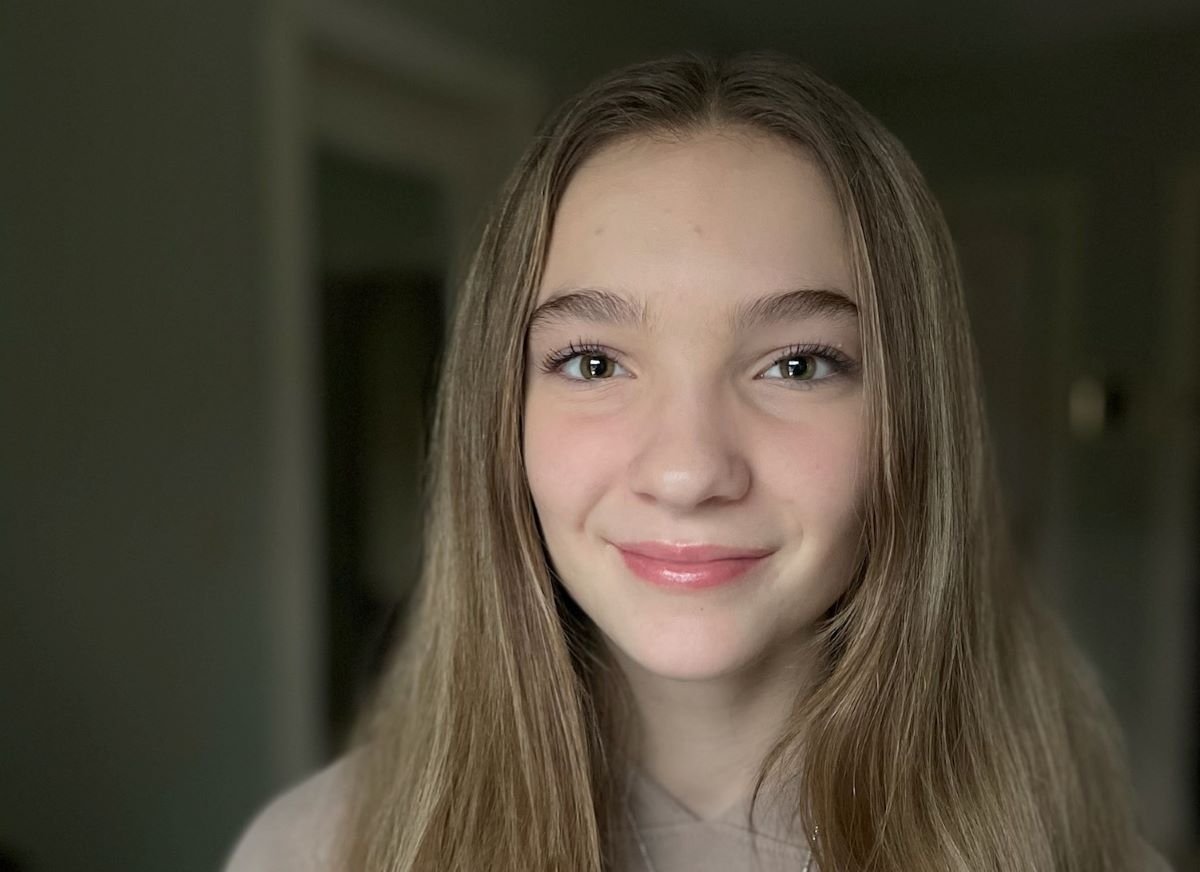 Lily Homan had 13 points, 8 rebounds, and 4 assists in Venango Catholic's win over Iroquois

The Lady Bulldogs led 19-17 at halftime and outscored Franklin, 27-17, in the second half. Madison Foringer shared team-high honors with Harmon with 12 points. Claire Clouse scored points and Caylen Rearick finished with seven points.

It was the first win for Brian Wymer as the girls’ coach. He previously had coached the boys at Kane.

Emily Mourer added 12 points for the Lady Crusaders who also got eight points from Lucy Klawuhn and three points and eight rebounds from Tori Newton.

BROOKVILLE, Pa. – Gwen Siegel scored seven of her team-high 15 points in the fourth quarter to help North Clarion rally past Clarion-Limestone, 54-51, in the opening round of the Brookville Tip-off Tournament.

The She-Wolves trailed 44-41 going to the final eight minutes but outscored C-L 13-7 to get the wi with Lauren Lutz adding four other six points in the frame as well.

Kendall Dunn scored a game-high 20 points, but only two after halftime, for C-L with Frances Milliron adding 18 points.

BROOKVILLE, Pa. — Jordan Cook scored four points in the final 19.2 seconds, helping Brookville hold off Clearfield’s late charge for a 54-52 win in the first round of the Brookville Tip-off Tournament.

The Lady Raiders led 38-17 with 5:30 left in the third quarter before Clearfield worked its way back into the game to the tune of a 33-12 edge that was capped by Riley Ryen’s basket with one minute left in the game.

From there, it was all Cook, who broke the tie with her layup and then grabbed a second missed shot to tie the game by Clearfield’s Hannah Glunt with 6.2 seconds left and was fouled. She clinched the win by sinking both free throws and the Lady Bison scored as time ran out to set the final margin.

Cook led the Lady Raiders with 18 points while Alayna Haight finished with 13 points.

Emma Hipps led Clearfield with 26 points, which included a 14-for-22 performance from the foul line. Cayleigh Walker finished with 14 points.

BROCKWAY, Pa. – Led by nine points from Abby Geist-Salone, seven different DuBois players scored in a 39-34 win over Moniteau in the opening round of the Brockway Tip-off Tournament.

The victory was the first for DuBois first-year head coach Rod Thompson.

BROCKWAY, Pa. – Danielle Wood and Selena Buttery combined for 41 points and 10 assists in a 53-39 win over Clarion in the opening round of the Brockway Tip-off Tournament.

Wood led the Lady Rovers with a game-high 23 points while adding five assists and eight steals, and Buttery had 18 points, seven rebounds, and five assists.

Ciara Morelli chipped in six points and four steals in the win.

JOHNSONBURG, Pa. – Building a 29-12 halftime lead, Ridgway cruised to a 41-28 win over Coudersport in the opening round of the Johnsonburg Tip-off Tournament.

Julie Peterson scored all 16 of her points in the first half to lead the Lady Elkers, while Payton Delhunty added 10 points and Jenna Kasmierski nine points.

JOHNSONBURG, Pa. – Jayssa Snelick all-around strong game of 14 points, six rebounds, five steals, and four assists helped St. Marys to a 45-25 win over Johnsonburg in the opening round of the Johnsonburg Tip-off Tournament.

Izzy Catalone led a strong defensive effort for St. Marys with seven steals while scoring a pair of points.

KARNS CITY, Pa. – Faith Jacob scored a game-high 24 points to help DuBois Central Catholic to a 47-12 win over A-C Valley in the opening round of the Karns City Tip-off Tournament.

KARNS CITY, Pa. – Lia Krarup scored 21 points as Wilmington earned a 48-40 win over Karns City in the opening round of the Karns City Tip-off Tournament.

Maelee Whiting pulled down 10 rebounds in the win for Wilmington.

DUKE CENTER, Pa. – Katie Sheeler netted a game-high 16 points while adding five steals and two assists to help Otto-Eldred to a 44-8 win over Bradford in the opening round of the Randy Stebbins Memorial Tournament at Otto-Eldred.

PHILIPSBURG, Pa. – Alyssa Bakaysa and Sklar Pentz combined for 29 points to help Curwensville to a 37-18 win over Harmony in the opening round of the Philipsburg-Osceola Tournament.

KITTANNING, Pa. – Emma Pool scored 19 points and Sarri Weaver 17 to help Armstrong beat Punxsutawney, 64-44, in the opening round of the Armstrong Tip-off Tournament in Kittanning.

WARREN, Pa. – Bailey Varndell led three Maplewood players in double figures with 18 points as head coach Kyle Krepps picked up his 100th career win in a 48-18 win over Keystone in the opening round of the Warren Tip-Off Tournament.

Varndell connected on five three-pointers as Maplewood broke the game open after leading 14-9 at the end of the first quarter.

Sadie Thomas and Liliane Moorhead chipped in with 10 points apiece for the Lady Tigers.

Dec. 10, 2021 D9 Boys’ Hoops: Miller Helps Clearfield to Win; Bain, Marshall Trade in Pads for Double-Doubles
Dec. 10, 2021 D10 Girls’ Hoops: Warren’s Childress Hits 1,000-Point Milestone in Victory Over Jamestown
We use cookies on our website to give you the most relevant experience by remembering your preferences and repeat visits. By clicking “Accept All”, you consent to the use of ALL the cookies. However, you may visit "Cookie Settings" to provide a controlled consent.
Cookie SettingsAccept All
Manage consent