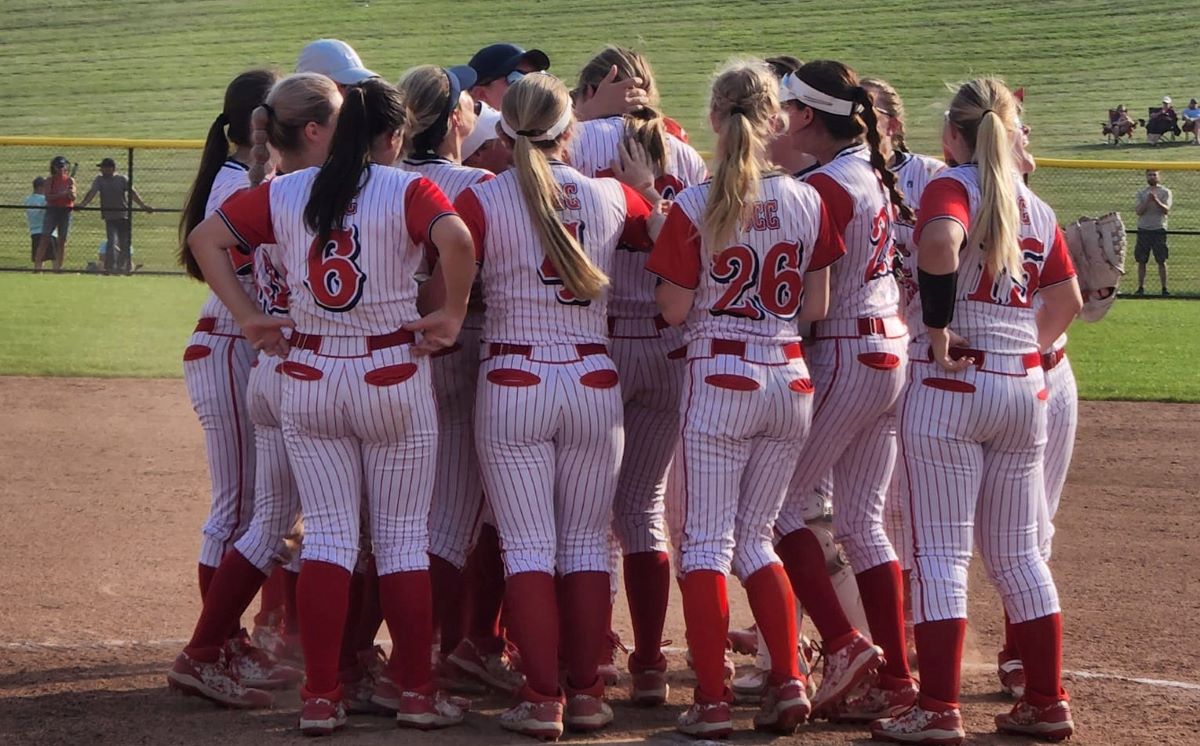 “We can’t waste the advantage we have by having a whole lot of nerves and being overly excited,” Heigel said. “We have been here. Let’s not negate it by being nervous and being scared.”

Buy tickets: Tickets must be bought online in advance. There are no gate sales of tickets. Tickets are $8 plus fees and one ticket is good for all three softball games on Thursday, June 16. Tickets can be purchased here.
How to Listen: The Hound, 97.5 FM will be broadcasting the game which can also be heard online here
How to watch: PCN TV (select cable package) or stream via PCN Select ($14.99 for one month). More information is available here or on the NFHS Network ($10.99 per month) here
Follow the Game on Social Media: D9and10Sports will be Tweeting out about the game here

The Lady Cardinals – well at least the coaching staff and four seniors – have been here. Three seasons ago, in 2019 (there was no season in 2020), DCC made it to the PIAA title game for the first time in school history losing to Williams Valley, 5-0.

“A lot of coaches tell you the first time you are there you are just happy to be there,” Heigel said. “It’s impressive. They make a big deal out of it. The PIAA does a nice job. There are team escorts and a timed practice area. You look up at the scoreboard and see highlights of your prior games. The whole thing is very impressive. You are in awe for the first inning or so.”

Heigel believes knowing what to expect will be helpful this year against a Mongtomery program that is also making its second trip to the PIAA title game but its first since losing, 4-1, to Chartiers-Houston in 2010.

“We have told the younger girls you will be in awe and you will be impressive,” Heigel said. “But this time, we have to go over and execute and play better. The expectation is to come home with the trophy and not second place.”

In order to try to mitigate some of the nervousness that comes with playing in a PIAA title game, Heigel plans on getting his team there early – the game is set for 10:30 a.m. at Beard Field at Nittany Lion Softball Park on the campus of Penn State University in University Park (State College).

“We want to get over (the nerves), get there early, and take in the atmosphere,” Heigel said.

One thing Heigel isn’t worried about is his opponent.

That’s not because he doesn’t have respect for Montgomery. He knows the Red Raiders are good otherwise they wouldn’t be playing in this game. It’s just that he is more concentrated on how his team plays.

“It’s not about the other team,” Heigel said. “It’s about us and defending and doing things fundamentally right.”

Heigel isn’t ignoring Montgomery, and, in fact, was planning on watching film from its 9-0 win over District 6 runner-up Glendale in the semifinals.

“I want to see their pitcher and catcher and how aggressive they are on the bases,” Heigel said.

What he will see is a team that has a strong pitcher in senior Faith Pershing.

Pershing has been nothing short of sensational this year with a 0.79 ERA. She is 16-4 and has struck out 234 while walking just 20 in 124 ⅔ innings of work. Pershing has given up just nine hits and one unearned run in the PIAA playoffs while striking out 39, walking one, and hitting two batters.

She will face a DCC lineup that is hitting .447 and while lacking some of the power – the Lady Cardinals have still hit 10 home runs – than in past years still averages 11.2 runs per game using an aggressive base-running approach.

“Base running is something we have really focused on,” Heigel said. “It isn’t something that just happened in a month. It’s part of our makeup. They have been hearing it from us for two, three, four years now. They understand it.”

“We do situational stuff where we put people on base and hit the ball in different directions,” Heigel said. “We work on taking an extra base when the other team makes a mistake or throws to the wrong base. We talk about that all the time, and after a few years, it starts to become who we are. It also doesn’t hurt that we are faster than we have been.”

Heigel also talked about the IQ of his team.

“We have really good softball IQ on our team,” Heigel said. “They get the concept of situational softball. We are a pretty intelligent softball IQ team.”

Emma Suplizio leads the way at /529 with two home runs and seven doubles. She leads the team in RBIs (36) and is second in runs scored (31).

While DCC’s offense has carried the load most of the season, it has been the Lady Cardinals pitching that has been spot on in the postseason.

But unlike Montgomery, it hasn’t been because of a pitcher who has dominated all season.

Instead, the Lady Cardinals pitching situation has become the story of the postseason with Heigel electing to start Melia Mitskavich in the five playoff games after she had pitched just nine innings during the regular season.

But he hasn’t asked Mitskavich to go it alone, using Tyler, who had been the primary pitcher most of the season, in what he terms a “closers” role.

“I know it is unique in the softball world,” Heigel said. “But it is something I thought about driving home from our West Greene loss (in the 2021 PIAA semifinals). I said to our assistants, we need to do something different. I am convinced that most high school pitchers, no matter how hard they throw or how much spin they have, you eventually get to the pitcher the second or third time through. I thought to myself when West Greene beat us by 10 runs, we have a good pitcher in Morgan and they bombed her in the fifth and sixth innings.”

Heigel said the original thought was to use Hoyt as the pitcher to piggyback with Tyler, but it turned out she wasn’t throwing stuff that was different enough from Tyler.

That choice has worked out brilliantly.

In 21 postseason innings, Mitskavich has given up four runs (1.33 ERA) on 17 hits and three walks while striking out nine.

“She is putting everything on everybody’s first,” Heigel said. “The ball placement and the spin is creating problems. She throws strikes, works ahead in counts, and brings the ball inside. When they do hit it, it doesn’t go very far. I hope it lasts one more game.”

Tyler has been asked to backup Mitskavich in four of the five postseason games and has been just as strong if not stronger throwing 12 innings allowing three unearned runs on 11 hits. She hasn’t walked anyone while striking out 11.

“We are very lucky to have a girl and one of the better pitchers in the district willing to sacrifice not getting starts in the playoff games and being more than happy to come in in the sixth and seventh innings,” Heigel said. “She has been very effective that that role.”

Tyler isn’t the only player making a sacrifice.

Rose Whipple, who saw the vast majority of the time at first base during the regular season hitting .288 with 14 RBIs, has been asked to play a different role so that Tyler can start the game at first base.

“It gives us more flexibility in substitutions,” Heigel said. “We use Morgan at first and don’t use the flex then when Morgan comes into pitch, Rose, who is one of our better defenders, goes into play first. She batted a lot during the season, and she has had to make a sacrifice too.”

Mitskavich and Tyler will face a Montgomery lineup that is hitting .334 on the year while averaging 9.9 runs per game.

PIAA Moves Thursday Softball Games Up Half Hour; DCC to Play at 10:30 a.m.
DCC Baseball One Step Away From Goal Manager Adam Fox Set when He Took Program in 2018 Powered by North Washington Rodeo
This website or its third-party tools process personal data.In case of sale of your personal information, you may opt out by using the link Do not sell my personal information.
×
Manage consent