Cochranton VB Takes Down Maplewood in Battle of Top-Ranked Teams 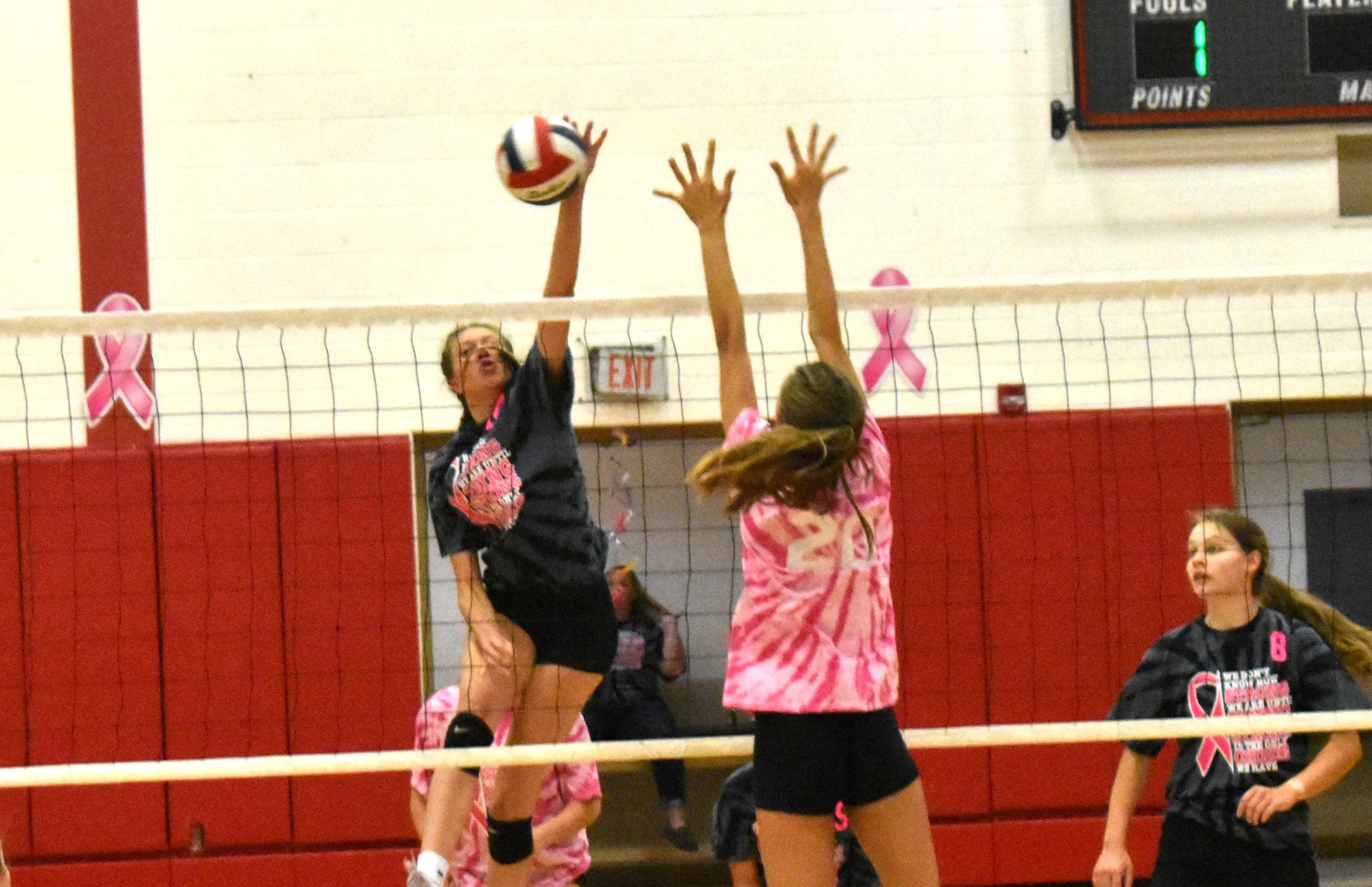 Cochranton's Devyn Sokol goes up for one of her 13 kills during Tuesday's match against Maplewood.

COCHRANTON, Pa. – In a matchup of unbeatens and two of the top 10 teams in the state in Class 1A in the latest Pennsylvania Volleyball Coaches Association poll, Cochranton powered past Maplewood, 3-0 (25-16, 25-15, 25-15.

It was the Cardinals’ night right from the get-go, as they jumped out to a 9-2 lead in the first set, an indicator of how the match would play out.

Set and match to @CochrantonPride with a 25-15 win in the third pic.twitter.com/Wt8wIsqFrU

“I told them all week that the team that makes fewer errors is probably going to be the team that comes out on top,” said Cochranton coach Marci Malliard, whose team entered No. 6 in the state rankings. “Coming right out of the gate and getting a few blocks definitely helped. We played some nice defense in the back.”

Those blocks came courtesy of Devyn Sokol and Eve Pfeiffer, with Sokol also putting down two of her team-high 13 kills to start the first set as well.

“It’s important that they can’t just key on Devyn (Sokol),” Malliard said. “We need everyone else to step up and they did. She (Sokol) and Brooklyn (Needler) played great. Everybody did their share tonight.’

Needler finished with 11 kills and Dana Jackson and Taytum Jackson had five each, with Dana setting the tone with her passes and Taytum her defense.

Despite the best efforts of Maplewood’s Sadie Thomas (6 kills, 12 digs), Elizabeth Hunter (6 kills, 2 blocks), Bailey Varndell (15 set assists, 4 kills, 8 digs) and others, Cochranton was able to maintain its lead in the first set en route to the win.

The second set played out much the same way, with Cochranton jumping out to a 14-6 lead. Dana Jackson continued to set up her hitters to the tune of 30 set assists.

The third set was more closely contested early on, as Cochrnaton led 12-11 before going on a 10-1 run to put it out of reach.

“We had a lot of errors and didn’t serve well,” said Maplewood coach Sheila Bancroft, whose team came in ranked No. 5 in the state. “They were on and we were off. We have to go back to the gym and put this one behind us. We’ll see them again. We can’t dwell on this one, that’s the big thing.”

Maplewood’s Bailey Varndell puts up a set during Tuesday’s match against Cochranton. Varndell had 15 set assists.

Sokol also had three blocks, while Eve Pfeiffer had two.

For Maplewood, McKenna Crawford had 13 digs.

It was also the Dig for the Cure match, with money being raised for breast cancer awareness.

“It’s way bigger than volleyball,” Malliard said. “It’s about the community and giving back.”