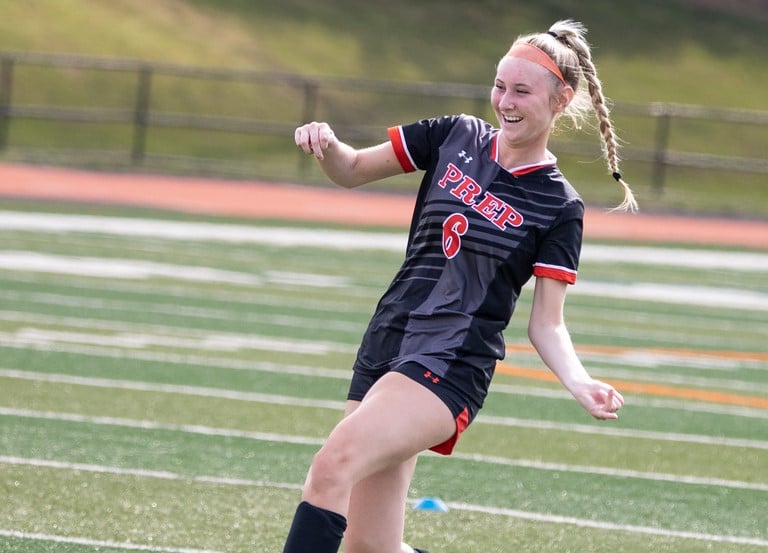 Martin and Dailey each had an assist, as did Cece Morrow and Avah Burke.

Emalie Best had Forest Area’s goal, while Emma McFarland had 33 stops in net.

Olivia Dixon had two assists for the Ramblers and Kayley McCall one.

Alexis Coull added two goals for the Lady Cats, while Anna Gribik and Alex Leadbetter had one goal apiece.

ECC led 1-0 until Lia Hageter’s goal early in the second half off a Hetrick assist.

Ella Vance delivered the pass to Rossi for the assist.

SPRING MILLS, Pa. – Riley Ryen’s goal with seven minutes to play broke a 2-2 tie and lifted Clearfield to a 3-2 win over Penns Valley.

Elle Smith, who scored two goals in the first half (one assisted by Ryen), assisted on the game-winner.

Clearfield led 2-0, but Penns Valley rallied to tie the game on goals by Nikki Enger and Elle Dinges.

Cayleigh Walker had four stops in net for Clearfield and Avery Dinges 13 stops for Penns Valley.

YOUNGSVILLE, Pa. – Meea Irwin had four goals as Warren scored nine times in the first half en route to a 10-1 win over Eire.

Irwin also had a pair of assists, while Georgie Bickling had one goal and four assists.

HERMITAGE< Pa. – Kaylin Bodien and Yasmeen Segoviano both scored to help Sharon to a 2-0 win over Kennedy Catholic.

Chloe Pagliarini had the clean sheet in net.

Colson Ritzert, Myles McCully, Mallick Metcalfe, and Hobie Bartoe had the other goals for the Gremlins.

Lucas Yasika had the clean sheet in net.

Owen Harmon had the other Redbank Valley goal, while Ty Carrier added an assist.

Cochranton VB Takes Down Maplewood in Battle of Top-Ranked Teams
Sept. 28, 2022 Volleyball and Soccer Schedule
This website or its third-party tools process personal data.In case of sale of your personal information, you may opt out by using the link Do not sell my personal information.
×
Manage consent