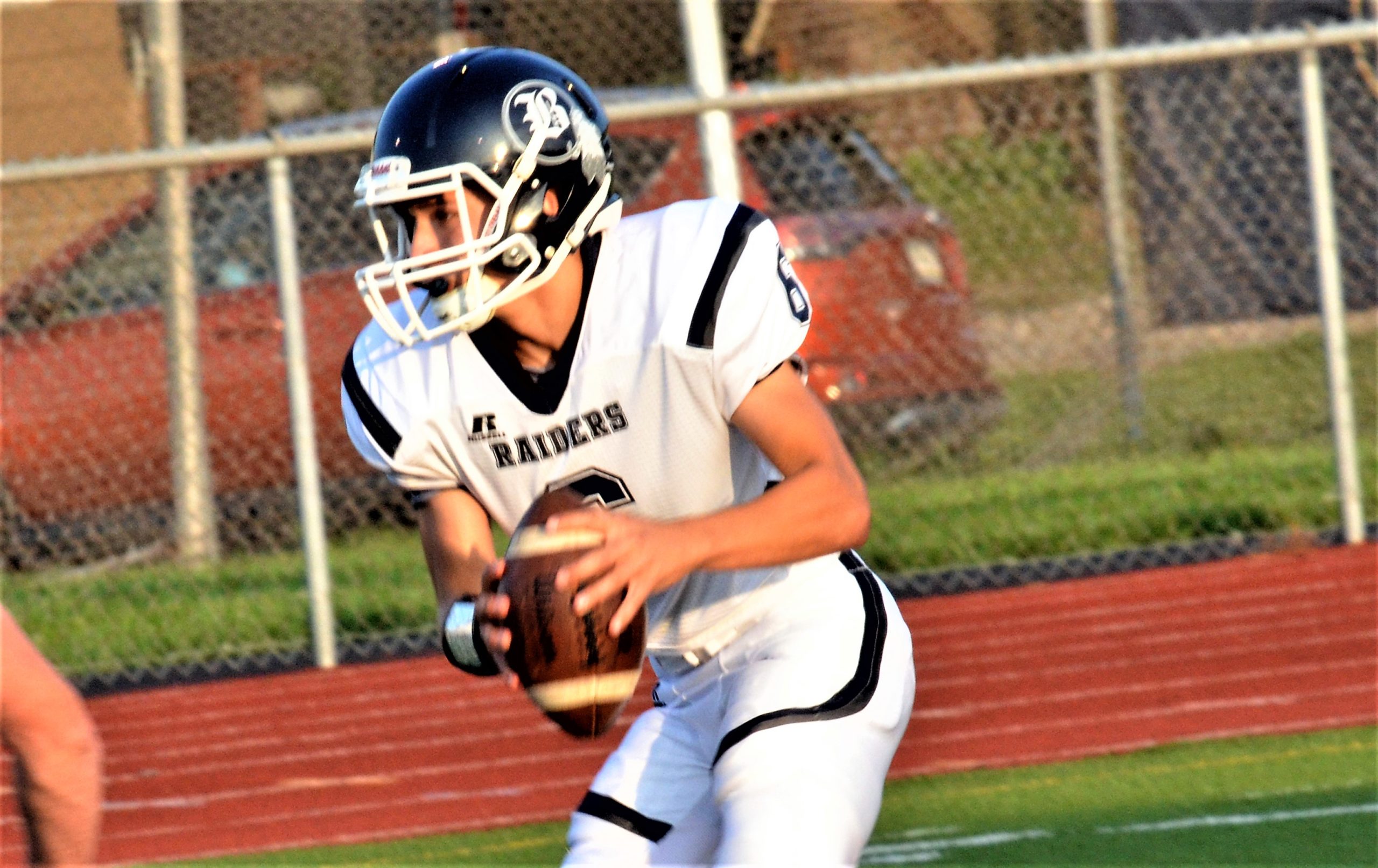 WARREN, Pa. – Leading Brookville to the top seed in the District 9 Class 2A playoffs and an unbeaten start to the season, Raider senior quarterback Jack Krug is the Week SIx D9and10Sports.com Jim Kelly District 9 Football Player of the Week Powered by the Allegheny Grille.

Even with the top seed already locked up, Krug made sure Brookville would go 6-0 in what it hopes is the only part of the regular season it plays – teams can elect to play more regular-season games this year if they are eliminated in the playoffs – by going 24-for-29 passing for 324 yards and three touchdowns in a 35-13 win at DuBois.

The three scoring passes put Krug over 100 career touchdown passes with 102. He is second in District 9 history behind only Port Allegany’s Matt Bodamer (137).