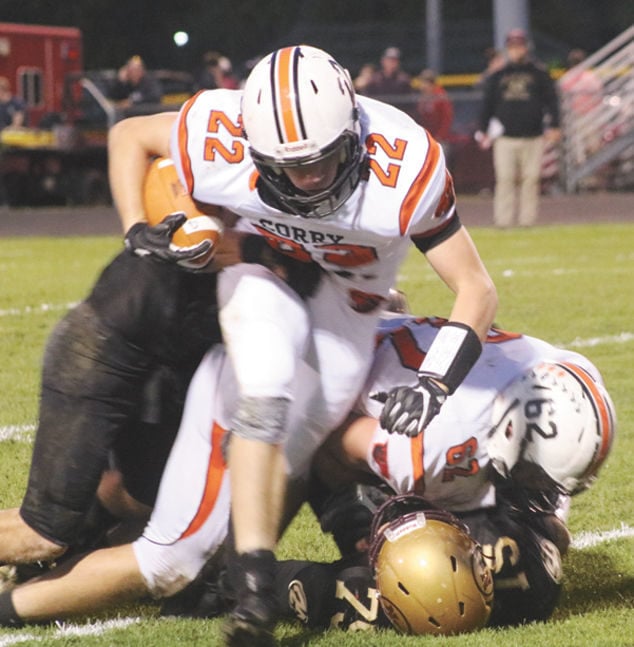 Weis scored on touchdown runs of 5 and 10 yards in the first and second overtimes, and the Beavers (2-4) kept the Grape Pickers out of the end zone in the second extra period to preserver the win. He rushed for 257 yards and four touchdowns and also added a receiving touchdown in the win.

It was Corry’s second overtime win over North East this season.

Brookville’s Krug Named Week Six District 9 Jim Kelly Player of the Week Powered by the Allegheny Grille
Central Clarion County/Karns City Game to be Played at Clarion U.’s Memorial Stadium
We use cookies on our website to give you the most relevant experience by remembering your preferences and repeat visits. By clicking “Accept All”, you consent to the use of ALL the cookies. However, you may visit "Cookie Settings" to provide a controlled consent.
Cookie SettingsAccept All
Manage consent