Brookville Boys Look to Continue Historic Run in PIAA Class 3A Semifinals; Villa Girls Set to do Battle in Class 4A 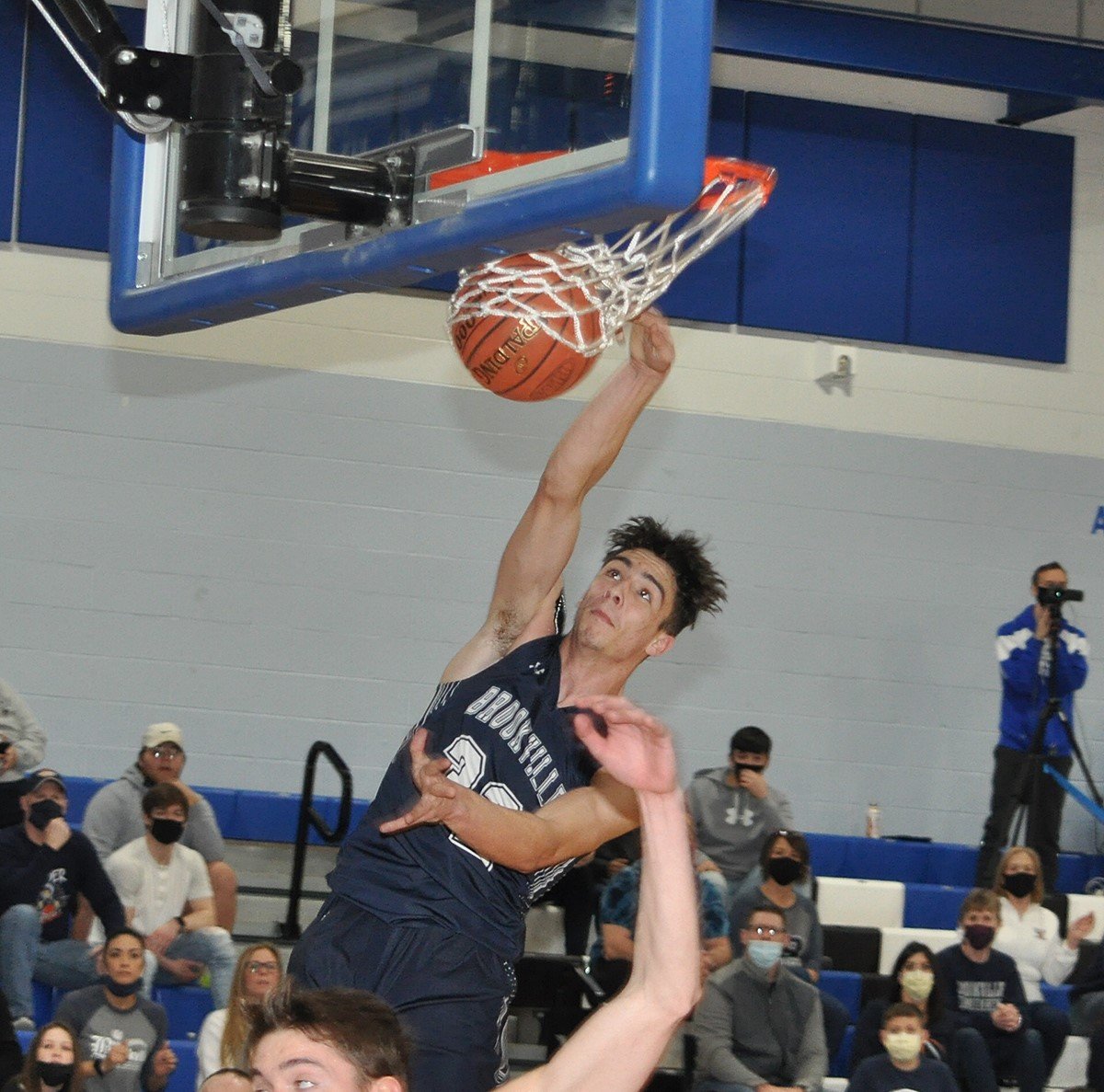 It’s been a historic run for the Brookville Raiders.

Following a dominant regular season, the Raiders, under the direction of head coach Dalton Park, rolled past Kane in the District 9 title game, but have taken the more dramatic route in earning their first PIAA semifinal trip in program history.

In their subregional game against Chestnut Ridge, the Raiders (22-2) trailed by 10 late in the third quarter, but rallied, outscoring CR by 20 over the final nine-plus minutes.

They followed that up by stunning WPIAL champion Ellwood City in the quarterfinals, thanks to the heroics of Jace Miner. All he did in the closing moments with the game tied at 60 apiece was create a steal, go in for the go-ahead layup and come back on defense and block the potential game-tying shot as time ran out.

“I figured if we are going to end it, let’s end on something to remember,” Miner said following the win over Chesnut Ridge. “I went for that (steal). Obviously, I got it. I am still shaken up. I really can’t explain it.”

Miner has turned in brilliant performances in both games, scoring 27 points in the win over Chestnut Ridge and 28 against Ellwood City.

The Raiders are much more than just a one-man band, however.

Griffin Ruhlman scored 13 points against CR and nine against Ellwood City, while Robert Keth has netted 18 points in the two games,  Hunter Geer 17 and Danny  Lauer 14.

They will be facing a Bishop Guilfoyle team that was still playing in Class 2A last year when the COVID-19 shutdown hit.

The District 6 champion Marauders are coming off a 53-45 win over Franklin, a game that was played within a tight window most of the way through until BG created some separation late.

They put three players in double figures against Franklin, led by sophomore guard Patrick Haigh’s 14 points, while Khoza had 13, Woolridge 12 and Wood eight.

The Marauders have just three losses this season, one of which came to Chestnut Ridge back on Feb. 5.

The winner between the two will play the Loyalsock-Math, Civics and Science winner in the PIAA championship game on Saturday (2:30 p.m.) in Hershey.

Give the Villa Maria girls a ton of credit.

After winning 16 of their 18 games by at least 20 points during the season, the Victors found themselves in a tight battle against WPIAL champion Beaver in the PIAA quarterfinals.

The Victors rallied to force overtime, with freshman Jayden McBride knocking down a free throw for the only point of the extra session in a 29-28 win.

Now, Villa will seek its 10th state title game appearance in program history when they battle Delone Catholic in the semifinals.

The Victors get it done with defense, allowing more than 30 points in a game just twice this season.

They will be facing a Delone Catholic team that has suffered just one loss (Cumberland Valley) on Feb. 20, and, at 20-1, has won all but one game by double figures.

Offensively, they are led by all-state guard Giana Hoddinott, who battled foul trouble to finish with 17 points in a 58-48 quarterfinal win over Tyrone. Also in that game, Abby Jacoby had 13 points and Makenna Mummert 10.

The winner will meet the Archbishop Wood-Scranton Prep winner in the state title game on Saturday at Hershey’s Giant Center (12 p.m.).

March 23, 2021 District 9 and District 10 PIAA Basketball Semifinal Schedule
Cathedral Prep (Class 3A) Rolls, Brookville (Class 2A) Falls in First Round of PIAA Team Wrestling Championships
We use cookies on our website to give you the most relevant experience by remembering your preferences and repeat visits. By clicking “Accept All”, you consent to the use of ALL the cookies. However, you may visit "Cookie Settings" to provide a controlled consent.
Cookie SettingsAccept All
Manage consent