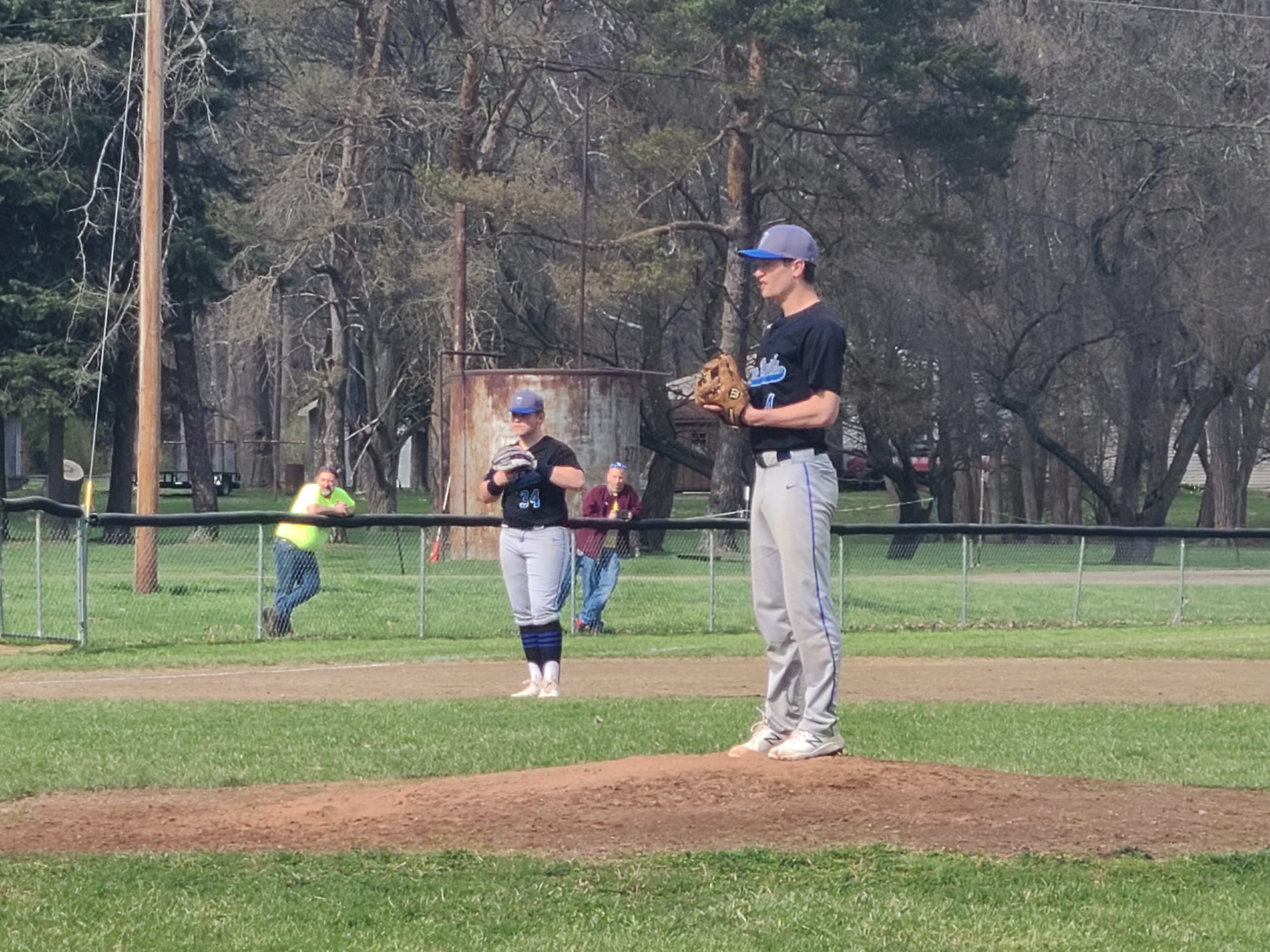 YOUNGSVILLE, Pa. – Asa Henderson drove in three runs and was also the winning pitcher as Cambridge Springs earned a 12-0, 6-inning victory over Youngsville.

At the plate, Henderson doubled and tripled, and on the mound he tossed four shutout innings, allowing just two hits and striking out three.

The Blue Devils also got big days at the plate from Brock Cunningham, Wyatt Cunningham, Trent Wheeler, and Jaden Grubbs.

The Blue Devils scored at least one run in every inning, including four in the second and three in the sixth.

Wheeler went the final two innings on the mound, striking out three.

Keegan Mesel had a pair of hits for Youngsville and Damon Reese walked and singled.

Nathan Lucks suffered the loss on the mound, allowing seven runs in his three innings of work.

Motter allowed four hits and struck out seven for the Oilers.

Oil City scored four runs in the third inning to take a 4-2 lead and tacked on two more in the fifth.

Alex Wolbert drove in a pair of runs for the Oilers, while Motter, Mike McFarland, AJ Angros and Koen Bearer drove in one each.

Ramblers’ designated hitter Patrick Sullivan had a big day at the plate, homering and driving in three runs.

Sullivan, AJ Roach, Reese Colvin, and Colin Fiorelli all had RBIs in a 4-run seventh inning.

Jackson Mattocks went 2-for-3 at the plate with a pair of RBIs for the Ramblers.

Jake Engel tossed a perfect four innings for Prep to earn the win, striking out six.

The Cardinals scored multiple runs in four separate innings, including five in the fourth and three each in the second and fifth.

Barzak, Heald, Bryce McDonough, and Ramy Sample all drove in runs during the fourth frame.

Barzak led the way with three of the Cardinals’ nine hits. He was also very good on the mound, tossing a complete game. All of his runs allowed were unearned, while striking out 11 and not walking a batter.

CONNEAUT, OHIO – Brock Lenzie doubled and drove in four runs to help Sharpsville to a 13-3 victory over Conneaut (Ohio).

The Blue Devils scored three runs in the first inning, five in the third, and four in the fourth.

Lenzie tossed three innings on the mound, allowing just one hit and one walk while striking out four.

SAEGERTOWN, Pa. – The top three hitters in Saegertown’s lineup – Landon Caldwell, Henry Shaffer, and Zach Balog drove in two runs each to help Saegertown to an 8-4 win over Eisenhower.

Shaffer also earned the win, allowing just one run on three walks and five hits while striking out nine.

The Panthers scored three runs each in both the fourth and fifth innings to take an 8-1 lead.

Zane Alexander, Zach Rohlin, and Camron Jakubczak all drove in runs for Eisenhower in a 3-run seventh inning.

Alexander and Jared Beers had two hits each for the Knights.

HARBORCREEK, Pa. – Cody Smith and Cam Williamson both had big days at the plate to help lead Harbor Creek to an 11-1 win over Fort LeBoeuf.

Guth was one of a pair of Knights with multiple RBIs, as Kadin Karns also drove in a pair, including a double.

Noah Kockler had a big day as well for the Knights, belting two doubles and also earning the win. He allowed three runs on four hits and one walk while striking out five.

Guth came in to earn the save, tossing a pair of scoreless innings, allowing one hit, and striking out six.

Brandon Perez and Anthony Rizzo both went deep for the Grapepickers. Perez was 2-for-3 with three RBIs and Rizzo 2-for-3.

HERMITAGE, Pa. – Cody May drove in three runs to help Kennedy Catholic to a 7-6 win over West Middlesex.

The Golden Eagles scored a pair of runs in the first inning, three in the third and two in the fourth.

Davey Cochenhour also drove in a pair of runs for Kennedy.

Hunter Hoffman had three hits and an RBI for the Big Reds and Lukas Stinedurf drove in a pair of runs.

GIRARD, Pa. – Titusville broke open a tie game with four runs in the fifth inning on its way to a 7-3 win over Girard.

Kolin Baker was dominant on the hill for the Rockets, earning the win with 3 ⅓ hitless innings and striking out seven.

HERMITAGE, Pa. – Hickory broke open a 3-3 game with four runs in the fifth inning en route to a 7-3 victory over Grove City.

Zac Lanshack, Matt Jordan, and Luca Bertolasio drove in two runs each for the Hornets.

Michael Brooks, Mason Jones, and Luke Tubbs all drove in runs for the Eagles.

Dylan McElhinney took the loss, allowing 12 hits over 4-plus innings of work.

ERIE, Pa. – Sam Crowley and Chris Juchno drove in three runs each to help McDowell to a 14-4, 5-inning victory over Corry.

Crowley homered in the third inning for the Trojans while Juchno also belted a triple.

The Trojans scored four runs in both the third and sixth innings.

Dan Snyder, Nico Heenan, and Gavin Snyder all drove in runs in the sixth inning.

Lucas Dyne and Max Rimdzius drove in a run each for the Beavers.

FRANKLIN, Pa. – Iroquois scored nine runs in the third inning on its way to a 15-4 victory over Rocky Grove.

Chapman finished 3-for-4 with three RBIs, while Burkhardt also drove in three runs and Hatton two.

May went 3 ⅔ innings on the mound, allowing three earned runs and striking out four.

The Sailors scored a whopping 11 runs in the second inning.

Uber and Chris Mong both drove in four runs for the Sailors.

Bevan finished with three RBIs and Crocker two for Lakeview.

JAMESTOWN, Pa. – Wilmington scored nine runs in the third inning and 12 in the fourth in a 25-0, 4-inning win over Jamestown.

Heller and Schleich drove in four runs each.

April 9, 2021 D9/D10 Baseball/Softball Scores Powered by the BHL Sportsperson of the Year Award
McDowell Volleyball Topples Butler
We use cookies on our website to give you the most relevant experience by remembering your preferences and repeat visits. By clicking “Accept All”, you consent to the use of ALL the cookies. However, you may visit "Cookie Settings" to provide a controlled consent.
Cookie SettingsAccept All
Manage consent