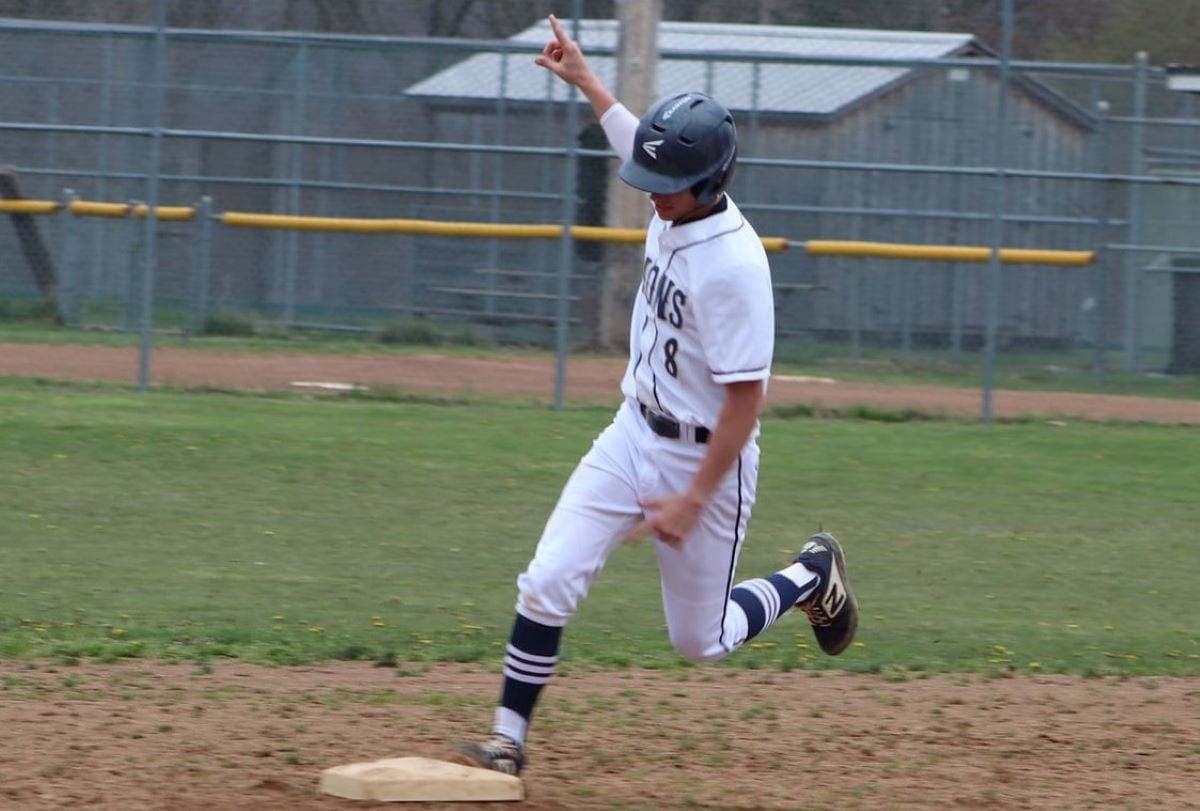 BUTLER, Pa. – Jakub Obman walked with the bases loaded in the sixth inning to break a 5-all tie, and Moniteau beat visiting Clarion, 7-6, at Michelle Krill Memorial Field at Historic Pullman Park in Butler.

The Warriors had watched a 4-0 lead turn into the five-all tie before scoring twice in the sixth to regain the advantage.

Keegan Book doubled twice for Moniteau while going 2-for-3 with a walk, an RBI, and two runs scored.

Also for the Warriors, Branson Carson had two RBIs and Caden Roxberry was 2-for-3 with a run scored.

Bryce Brinkley went 2-for-4 with an RBI for Clarion with Noah Harrison going 1-for-4 with two RBIs and Dawson Smail 1-for-5 with two runs scored.

Dawson Wallace got the win in relief of Carson going two innings allowing three unearned runs on four hits and a walk while striking out two.

Carson gave up three unearned runs on four hits, four walks, and a hit batter while striking out seven in five innings on the mound.

Tanner Miller took the loss. He faced four batters but didn’t retire any of them allowing two hits and two walks while being charged with two earned runs.

BROCKWAY, Pa. – Playing its home game in Brockway because of poor field condition in St. Marys, Elk County Catholic used a three-run fifth inning to claim a 4-1 victory over Brockway.

Lance O’Neil was 3-for-4 with a run scored for the Crusaders, while Luke Ginther went 2-for-3 with an RBI and two runs scored.

Also for ECC, David Anderson was 2-for-3 with two RBIs and Dom Zambanini was 2-for-2 with a walk.

Jeremy Swanson had an RBI for Brockway, while Matthew Brubaker and Marcus Bennett had base hits.

Ben Paul got the win going 3 ⅓ innings allowing one unearned run on two hits, two walks, and a hit batter while striking out two.

Joe Tettis started and pitched three scoreless, hitless innings walking one and striking out two. Tommy Slay came on in the seventh with one out and allowed an inherited run to score but nothing else. He did walk a batter.

Dylan Bash took the loss allowing four runs, three earned, on 11 hits, a walk, and a hit batter in six innings of work. He struck out six.

EMLENTON, Pa. – Bryson Huwar hit a pair of home runs, including a grand slam, and Tommy Smith also went deep to lift visiting Clarion-Limestone to a 13-2 win over A-C Valley/Union at the field in Emlenton.

Huwar was 3-for-5 with two runs scored and six RBIs, while Smith was 2-for-3 with two walks, three runs scored, and three RBIs.

Nick Aaron also drove in a pair of runs for C-L going 1-for-3 with a walk.

Tony Salizzoni was 1-for-3 with an RBI for A-C Valley/Union with Max Lowrey walking twice and driving in a run and Gary Amsler going 1-for-3 with a run scored.

Tommy Smith got the win going 2 ⅔ innings of scoreless relief. He walked two and struck out five.

Huwar started and pitched 3 ⅓ innings allowing two runs, one earned, on a hit, a walk, and a hit batter while striking out eight.

Logan Lutz finished off the game for the Lions throwing a scoreless, hitless inning of relief walking one and striking out one.

KNOX, Pa. – Behind a strong pitching performance from Ken Lavrich, Cranberry picked up a 9-1 road win over Keystone.

Preston Forrest led the offense for the Berries going 2-for-3 with three runs scored and an RBI, while Austin Shoup was also 1-for-4 with an RBI and two runs scored.

Spencer Heeter was 2-for-3 for Keystone, while Aidan Sell scored the Panthers’ lone run.

Neff was 3-for-3 with a triple, a double, and three runs scored, and Hutchison was 2-for-2.

Metcalfe got the win pitching four innings allowing two hits and a hit batter while striking out five. Jacob Jones pitched a scoreless, hitless inning of relief striking out two.

Josh Daum took the loss going four innings giving up nine runs, seven earned, on 10 hits, three walks, and a hit batter. He struck out one. Hargenrader gave up an earned run on one hit and one walk in ⅔ of an inning.

GALETON, Pa. – Jacob Coffman was 4-for-4 with a double, three runs scored, and two RBIs to pace a 12-hit Otto-Eldred attack in a 16-1, four-inning win at Galeton.

Braden Maholic drove in three runs for the Terrors while going 3-for-4 with a run scored, Calvin Minich was 2-for-4 with two RBIs, and Andrew Schenfield was 2-for-3 with two runs scored.

Also for Otto-Eldred, Wade Daniels walked three times, drove in a run, and scored three runs, Jaden Prince was 1-for-2 with an RBI and two runs scored, and Manning Splain walked twice and scored twice.

Ayden Whipple was 2-for-2 for Galeton.

Jared Obenrader got the win in relief of Manning Splain.

Splain pitched one inning giving up an unearned run on one hit and one walk while striking out one.

Whipple took the loss giving up 11 runs, eight earned, on five hits, three walks, and two hit batters in one inning of work. He struck out one.

Alex Pasternak went 2-for-3 for DuBois.

April 26, 2022 D9 Softball: Fox’s Seventh-Inning Hit Helps Karns City Stun PIAA Runner-up Armstrong; Hipps K’s 18 in Clearfield Win
April 27, 2022 D9/10 Baseball/Softball Schedule Powered by the BHL Sportsperson of the Year Award
This website or its third-party tools process personal data.In case of sale of your personal information, you may opt out by using the link Do not sell my personal information.
×
Manage consent