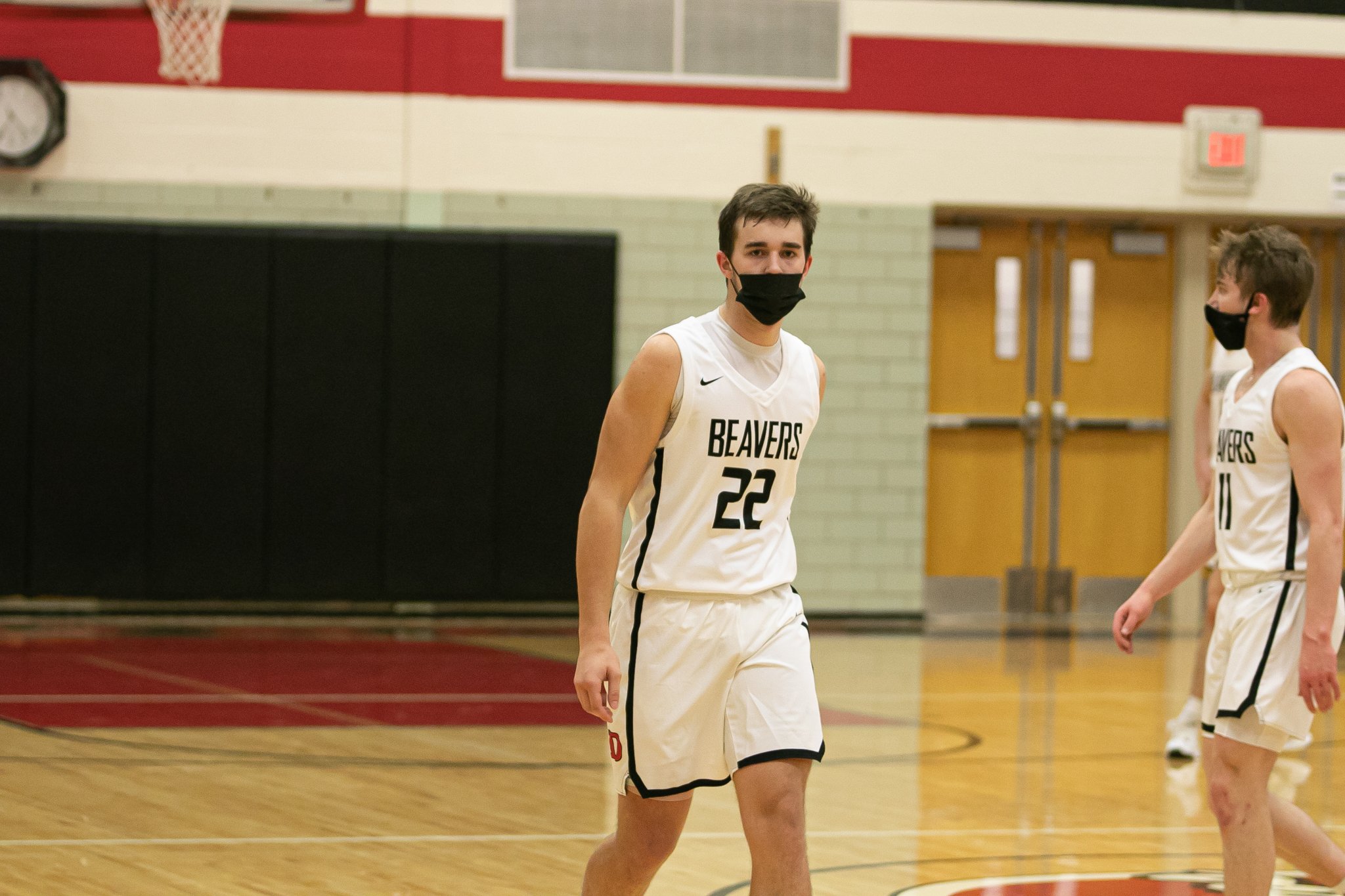 WARREN, Pa. – One great shot deserved another. And another.

DuBois and Warren traded threes in the final five seconds of regulation to send the game to overtime, where the Beavers outlasted the Dragons, 50-45.

With the game tied at 36-36, DuBois Chooch Husted drove baseline, was double-teamed, and passed into the corner to Al Pasternak, who buried a three with four seconds left.

Warren called timeout, Tommy Nyquist pushed the ball up the floor and banked in a deep three at the buzzer to send the game to overtime.

That came on the heels of Parks Ordiway hitting a three to tie the game at 36-all with just under 50 seconds remaining.

In the extra period, the Beavers scored all 11 of their points from the free-throw line, including five from Ryan Kovalyak and four from Joey Foradora.

For the game, DuBois outscored Warren 21-1 from the charity stripe.

DuBois led by as many as eight in overtime. Nyquist hit a three in the extra session for the Dragons and J.T. Blum got with eight seconds down five, making one of two before DuBois closed the game out.

Husted finished with a game-high 17 points and was named Allegheny Grille of Foxburg Player of the Game. He talked about the win afterward:

The game was tight throughout, with DuBois leading 18-17 at halftime and Warren 27-25 after the third quarter.

In addition to Husted’s 17, Kovalyak finished with 12 points and Foradora 11.

Nyquist led the Dragons with 15 points, including 12 in the second half and overtime. Ordiway finished with 13 before fouling out in overtime and Blum netted 11 for the Dragons.