You Get OT, You Get OT, No You Get OT: Three of Four Games at IAABO To. Go to OT Including Bradford Win Dec. 30 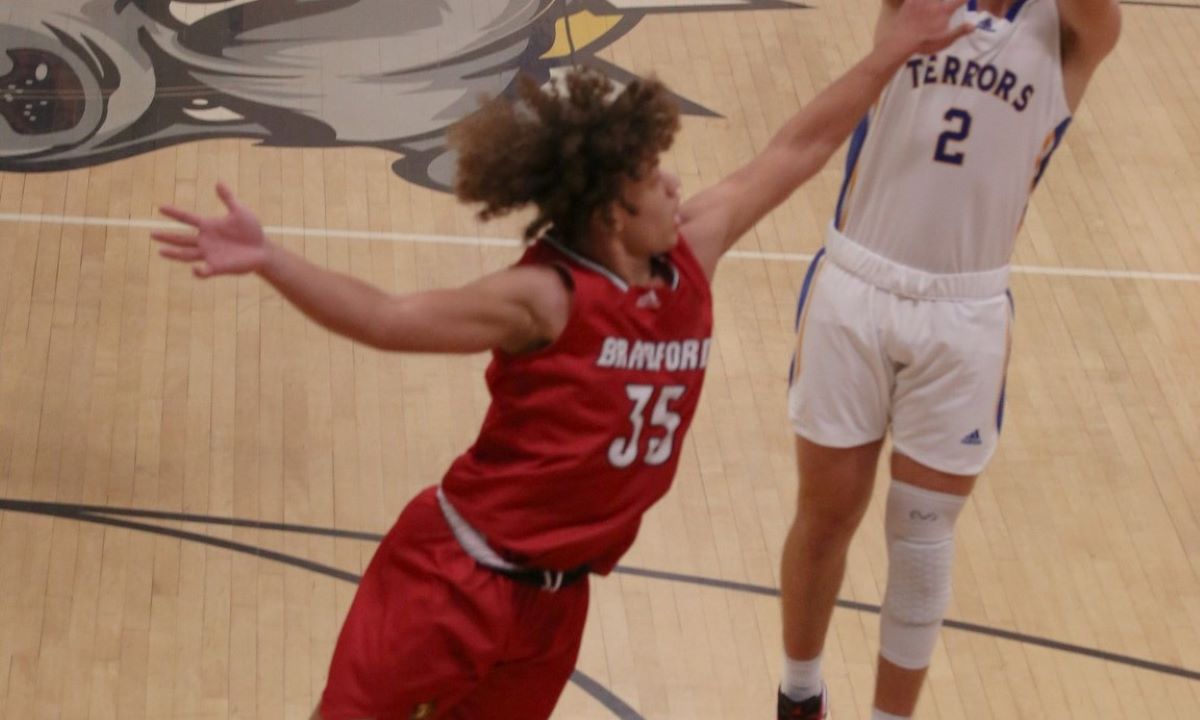 ALLEGANY, N.Y. – Behind Jake Franz, Brendan Warner, and AJ Gleason Bradford rallied from a 10-point deficit going to the fourth quarter to stun Wellsville (N.Y.), 56-54, in overtime at the Joe DeCarbo IAABO Showcase at Allegany-Limestone.

The Owls trailed 44-34 going to the fourth quarter but Franz scored seven points, including hitting a 3-pointer, Gleason added five points, and Warner hit a big 3-pointer to send the game to overtime tied at 51.

Franz then scored three of Bradford’s five points in the extra session with Adam Ward also adding a basket.

Franz led all scorers for Bradford with 24 points with Warner adding 16 and Gleason eight.

Logan Dunbar had a game-high 27 points for Wellsville.

The Huskies were down 47-40 going to the fourth quarter but rallied to tie the game at 51 at the end of regulation thanks to nine points from Thomas Bates.

Then in the extra session Jack DeRose hit his second 3-pointer of the game, Bates scored on a two-pointer, and Olean made 3 of 4 free throws to secure the win.

That offset a great game from Drew Evens who hit nine 3-pointers and scored a game-high 28 points to go with seven rebounds, three assists, two steals, and two blocks.

ALLEGANY, N.Y. – For the second time in as many games, Warren dropped a hard-fought decision at the Joe DeCarbo IAABO Showcase, 70-61, to Allegany-Limestone in overtime.

Warren led by five going to the fourth quarter, but behind a balanced effort, Allegany-Limestone forced overtime.

In overtime, Carson Kwiatkowski scored eight of his 14 points, including a pair of 3’s to help lift A-L to the win.

Tommy Nyquist led Warren with 17 points, including all six in overtime for the Dragons.

Owen Becker had 13 points for the Dragons, while Brady Berdine added 12 and Parks Ordiway 10.

ALLEGANY, N.Y. – In the only boys’ game on Friday at the Joe DeCarbo IAABO Showcase not to go to overtime, Salamanca (N.Y.) topped Otto-Eldred, 61-55, behind outstanding free-throw shooting from Andy Hetrick.

Lucas Brown and Maddox Isaac each added 14 points for the Warriors.

HADLEY, Pa. – On his way to tournament MVP honors, Jordan Hesdon scored all 16 of his team-high points in the first three quarters to lift Clarion-Limestone to a 64-35 win over Commodore Perry in the championship game of the Commodore Perry Holiday Tournament.

Rylie Klingensmith added 13 points for the Lions who also got 10 points from Ty Rankin and nine points and seven steals from Jase Ferguson.

Jack Callen pulled down a team-best six rebounds for C_L, while Tommy Smith had six steals and two points.

Lance O’Neill chipped in nine points for the Crusaders who also got seven points from Colby Nussbaum.

NEW CASTLE, Pa. – Noah Philson poured in 25 points as Greenville beat Wilmington 59-41 in the consolation game of the Neshannock Tournament.

Philson was named to the All-Tournament Team and scored 15 of his points in the second half at the Trojans outscored the Greyhounds 37-23 over the final two quarters.

Logan Lentz was also in double figures for Greenville with 14 points.

Anthony Reed had 14 points and Collin Hill 10 for Wilmington.

Lamont Perkins scored 10 of his 16 points in the second half for McKeesport, while Trevarese Rowe added 10 and Shayne McGraw eight.

Damien Harrison led Kennedy Catholic with 14 points, while Thorston Hart added 11 (9 in the first half).

FARRELL, Pa. – Despite a career-high 30 points from freshman Danny Odem, Farrell came out on the short end of a 64-55 decision to Mars.

Lamont Samuels was also in double figures for Farrell with 10 points.

COUDERSPORT, Pa. – Mason Roessner hit five 3-pointers on his way to a game-high 21 points to lift Coudersport to a 69-33 home NTL win over Northern Potter.

Reilly Streich and LT Myers each added double-doubles for the Falcons with Streich scoring 17 points to go with 10 rebounds and Myers adding 11 points and 10 boards.

Micah Batson also played a role in the victory with 11 points and five assists.

ST. MARYS, Pa. – Isaiah Jackson scored eight of his 23 points in the third quarter, as Johnsonburg used a 15-6 third-quarter edge to beat Ridgway, 51-46, in the consolation game of the Elk County Tournament.

Ridgway nearly doubled its point total in the fourth quarter scoring 22 points, including 14 from Jack Benninger, but it wasn’t enough.

Benninger finished with 21 points for the Elkers.

Jake Lobaugh added 13 points for Johnsonburg, while Aaron Sorg chipped in 12 for Ridgway.

LINESVILLE, Pa. – Alex Henry led a balanced Girard effort with 14 points as the Yellow Jackets bounced back from their first loss of the season with a 63-20 win over Maplewood in the consolation game of the CASH Tournament.

FREWSBURG, N.Y. – Gavin Smith scored 24 points as Frewsburg (N.Y.) earned a 67-45 win over Fort LeBoeuf in the championship game of the Frewsburg Tournament.

Zach Carr added 12 points for Frewsburg, which led 34-20 at halftime en route to the win.

Pizza Hut Scoreboard: Dec. 30, 2022: D9/10 Basketball
Cool Cats: Lexi Coull Leads C-L To Tourney Title; Erie Is Royalty at CASH To. Dec. 30
This website or its third-party tools process personal data.In case of sale of your personal information, you may opt out by using the link Do not sell my personal information.
×
Manage consent