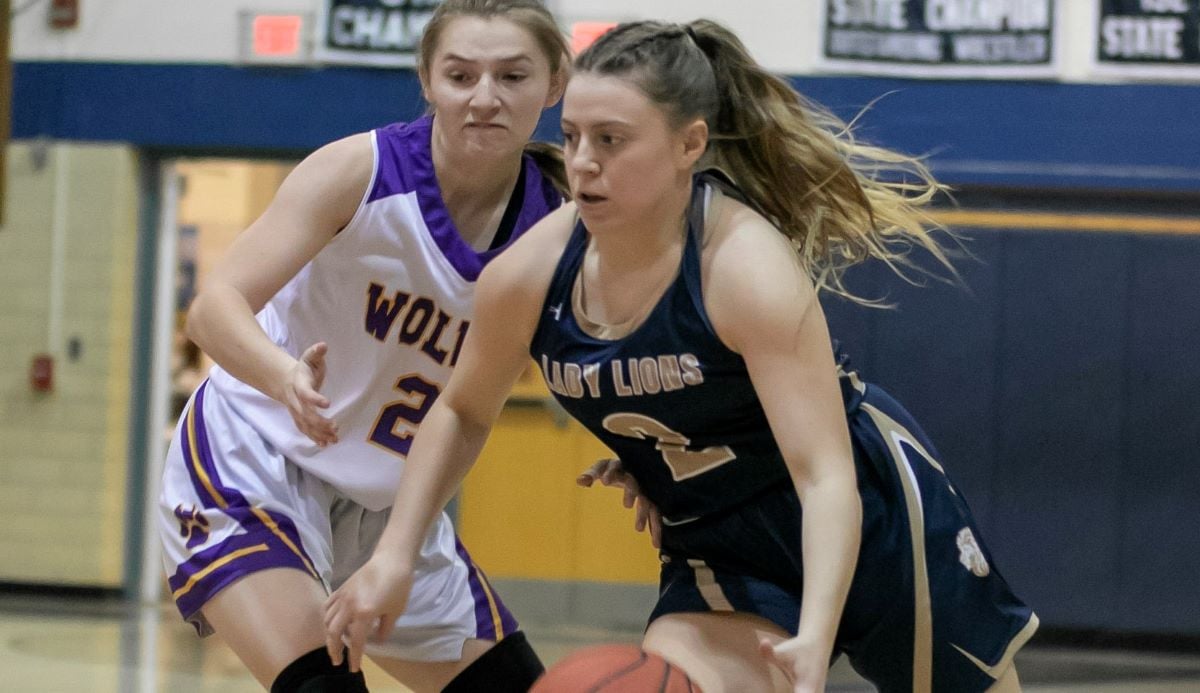 HADLEY, Pa. – Lexi Coull had 15 points to help lift Clarion-Limestone to a 45-22 win over Crawford County Christian in the championship game of the Commodore Perry Tournament.

Grace Oakes and Abryanna Epps combined to score all 22 points for CCC with each player scoring 11.

LINESVILLE, Pa. – Erie outscored Maplewood 18-10 in the fourth quarter on its way to a 51-42 win in the championship game of the Conneaut Tournament.

Aubrey Neavins had a huge hand in the win for Erie, scoring eight of her 16 points in the fourth quarter, including 4-of-4 from the free throw line.

Aundraya Neavins was also in double figures for the Royals with 11 points.

Sadie Thomas scored nine of her team-high 11 points in the second half for Maplewood, while Bailey Varndel added eight points.

Ava Godfley scored all five of the Mustangs’ overtime points and finished with 15 to lead the way.

Klawuhn was on fire early hitting five first-half threes including three in the first quarter to help the Lady Crusaders take a 13-4 lead after eight minutes.

St. Marys chipped away and got within six, 23-17, at halftime before closing the gap to one, 31-30, going to the fourth quarter.

But Samantha Straub scored all seven of her points in the final eight minutes to help ECC hold on for the win.

LINESVILLE, Pa. – Conneaut allowed just seven first-half points on its way to a 35-19 win over West Middlesex in the consolation game of the CASH Tournament.

Bre Heidt led the way for Fairview with 14 points, while Hope Garrity added 11 and Sara Gennuso, Addy Greene and Riley Sholes had eight points each.

Lea Miller and Julie Wade had 10 points each for Reynolds, while Ava Murcko added nine.

MERCER, Pa. – India McGee scored 21 points as Sharon earned a 59-33 win over Ambridge in the consolation game of the Mercer Tournament.

GIRARD, Pa. – Peyton Kalicky scored eight points for Girard, but it was visiting Conneaut (Ohio) that came away with a 43-20 win.

Katlynn Bean had 16 points for Conneaut in the win.

ALLEGANY, N.Y. – Randolph (N.Y.) hit five second-half 3-pointers to rally from a one-point halftime deficit and get a 52-43 win over previously unbeaten Otto-Eldred.

Payton Morrison hit two of those in the third quarter when the Cardinals hit four triples on their way to outscoring Otto-Eldred 14-9 to take a 33-29 lead going to the fourth quarter after being behind 20-19 at the break.

Those threes accounted for six of Morrison’s eight points, while Skylar Herrington led all scorers with 24 for Randolph, including 13 in the fourth quarter.

Anna Merry chipped in nine points for the Lady Terrors and Bri Heller had five points and eight rebounds.

You Get OT, You Get OT, No You Get OT: Three of Four Games at IAABO To. Go to OT Including Bradford Win Dec. 30
Dec. 30, 2022 Luton’s Plumbing, Heating, AC Wrestling: Gill Takes Second at Prestigious Powerade Tournament
This website or its third-party tools process personal data.In case of sale of your personal information, you may opt out by using the link Do not sell my personal information.
×
Manage consent