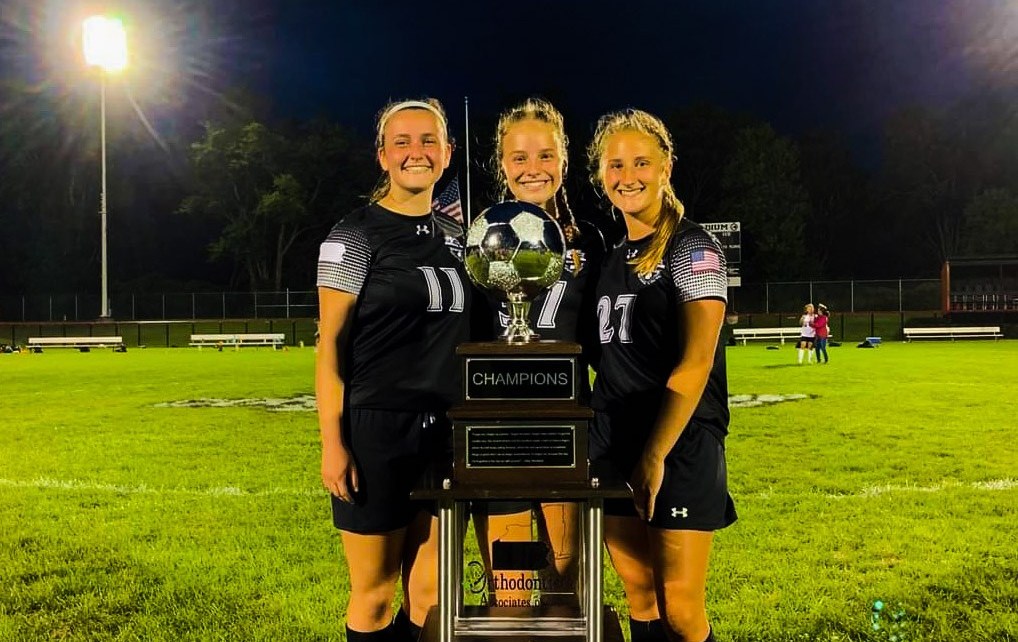 OLEAN, N.Y. – Warren’s Kyleigh Wilson’s goal early in the second half proved to be the game-winner as Pennsylvania won its second consecutive NY/PA Corporate Cup Soccer Showcase, 3-2 over New York on Sunday at Olean’s Bradner Stadium.

Wilson, a rising senior for the Lady Dragons who had her junior season cut short due to injury, scored eight minutes into the second half to give Pennsylvania a 3-1 lead.

Wilson’s goal followed first-half tallies from Chanell Britten (Brockway) and Madalene Cowburn (Bradford). Victoria Stuck (Bolivar-Richburg) got New York within one with 13 minutes to go, but the Pennsylvania side was able to hold on for the win.

Earlier in the day, the Pennsylvania boys squad earned its first win since the game’s inception in 2017, 4-1.

Bradford’s Colton Swanson scored two goals on his way to MVP honors, while high school teammate Isaiah Pingie also found the back of the net, as did Curwensville’s Jacob Mullins, who put the finishing touches on the win with just over a minute to go.

Warren’s Denny Flatt and Jeremy Bickling each served on the coaching staff for their respective Pennsylvania sides.

WPIAL Elects to Go with PIAA Hybird Model, Will Start Sports Later
District 10 to Proceed with Fall Sports as Scheduled