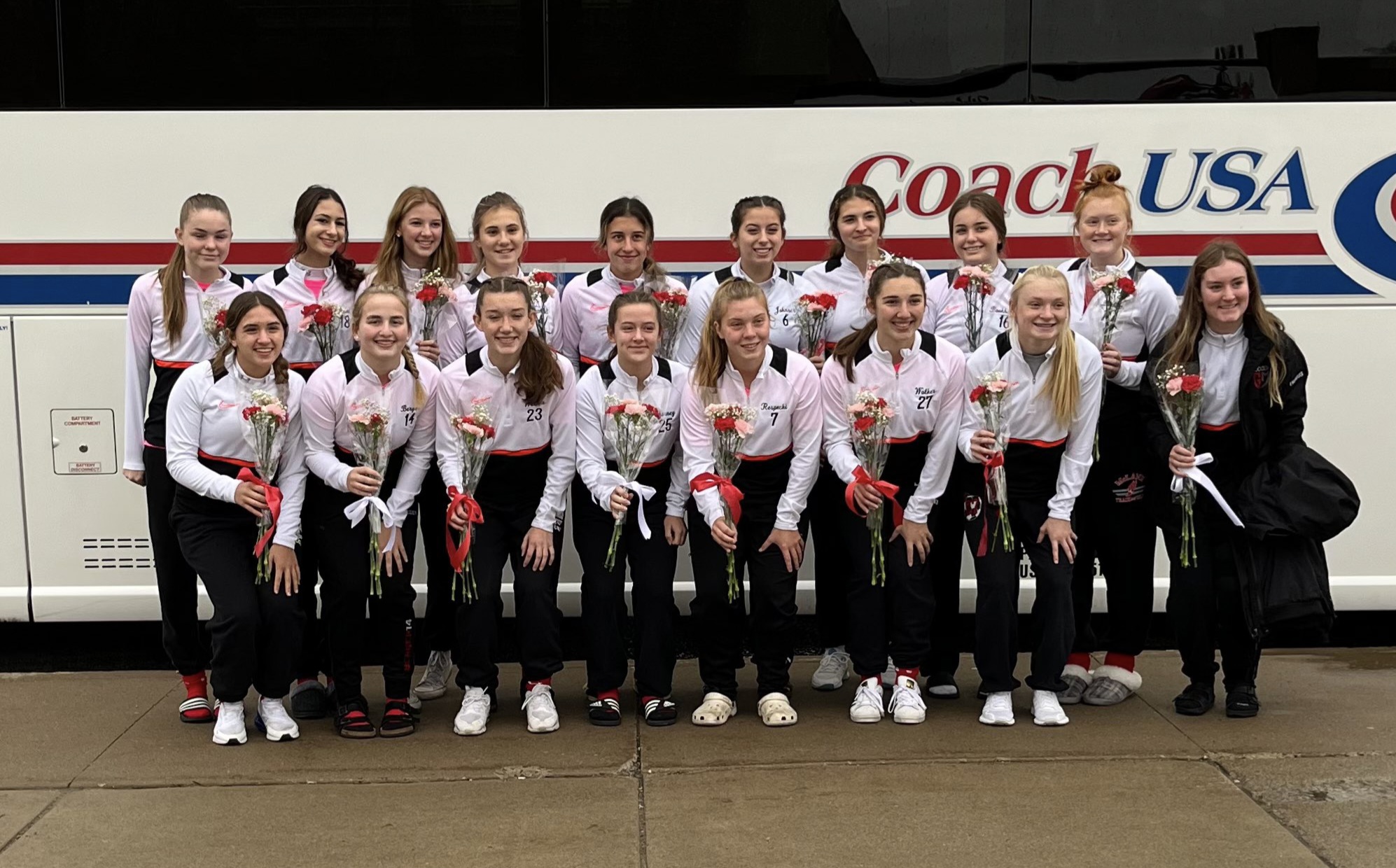 “We did a lot of preparation for this game,” Hopkins said. “I think the kids executed. My job is to prepare, their job is to execute and they had a great day.

Abby Walker broke the ice with a goal at the 15-minute mark in the first half after finding a loose ball in a scrum of players around the net to give the Lancers a 1-0 lead.

“That felt great,” Walker said about scoring the first goal. “We knew we needed to get the momentum started right away. So to be able to start that up felt really good and I think that helped us throughout the whole game.”

“We knew that corners were going to be really important today, especially with the weather,” Walker said. We knew that corners aren’t always easy to defend when the ball is slick and the surface is slick so I knew I needed to get to the end of it so that’s what I tried to do.”

Another corner kick opportunity at the 34-minute mark resulted in a goal and a 2-0 lead for the Lancers.

This time it was Kelsey Berger who managed to get it past Clearfield keeper Cayleigh Walker.

“We spent a lot of time practicing set pieces,” General McLane head coach Josh Hopkins said. “It was good to see them pay off, especially today on a wet, rainy day. You want to score off your set pieces.

With the Lancers holding a 2-0 lead at the half, Walker wasted no time to extend the lead scoring her second goal of the game off another corner kick.

“We knew we had to start fast again,” Walker said. “We knew they were going to come out stronger and faster so we tried to put it away quickly to make sure we could stay on top. I tried to get on the end of it again and it worked out.”

With momentum on their side, the Lancers have beaten the WPIAL champion, Avonworth and District 9 Champion, Clearfield and await the WPIAL runner-up, Mt. Pleasant, in the PIAA Class 2A semifinals.

“Momentum is day to day,” Hopkins said. “We have to go back and train tomorrow and prepare for Mt. Pleasant. They’re a very good team so we got more work to do.”

Cathedral Prep, Mercyhurst Prep Boys to PIAA Soccer Semifinals
Maplewood, Oswayo Valley Advance to PIAA 1A Volleyball Semifinals; TJ Ends Conneaut’s Season
This website or its third-party tools process personal data.In case of sale of your personal information, you may opt out by using the link Do not sell my personal information.
×
Manage consent