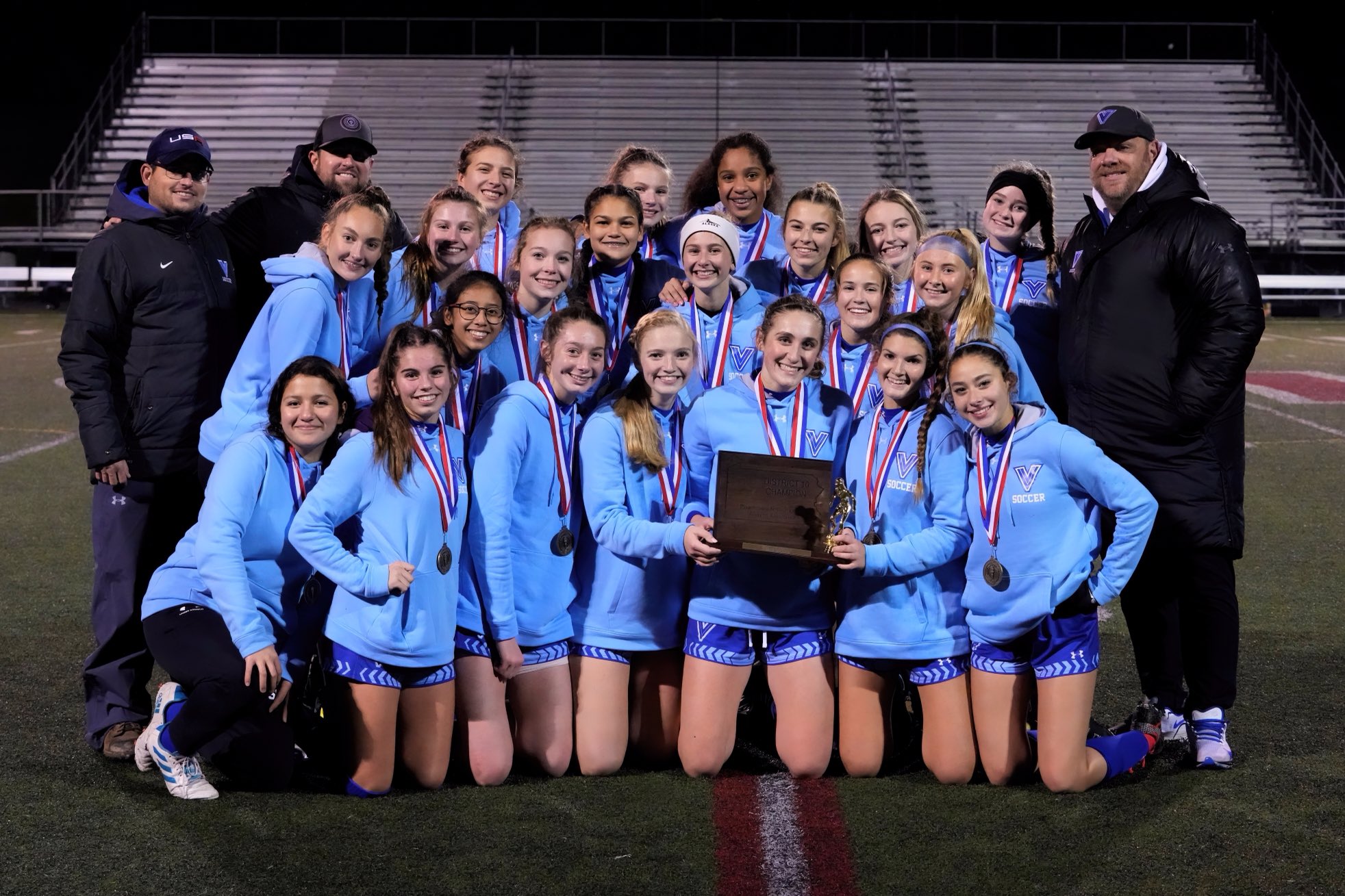 ERIE, Pa. – Ella Raimondi scored with 11 seconds left to lift Villa to a thrilling 4-3 victory over Southmoreland in the first round of the PIAA Class 2A girls soccer championships.

Raimondi had an incredible performance, scoring all four goals for the Victors.

As part of a wild finish, Southmoreland scored with 7:30 to go to tie the game and again a minute later to take the lead.

Olivia Cernuto scored a pair of goals for Southmoreland, while Taylor Klingensmith added the other.

With the win, Villa advances to play North Catholic, a 2-1 winner over Karns City, in the quarterfinals on Saturday.

KARNS CITY, Pa. – North Catholic scored a pair of first-half goals and held off a gutsy effort by Karns City, 2-1.

Kathleen Virostek and Lauren McDonald scored for North Catholic, with Rossi McMillen have another strong game in net for Karns City.

Sarah Dodd, who scored the District 9 championship-winning goal on a penalty kick to beat Clearfield, also scored on a penalty kick in this one with just over eight minutes remaining, but North Catholic was able to hold off the Lady Gremlins.

McDowell trailed until 13:13 left in regulation when Jenna Ellsworth tied the game.

Julia Lozowski scored the lone goal of the game for Seneca Valley.

With the win, McDowell advances to play Central Dauphin in the quarterfinals on Saturday.

BROCKWAY, Pa. – West Branch outlasted Brockway in an overtime thriller to advance to the PIAA quarterfinals.

Both regulation goals came early in the first half, as Brockway’s Danielle Wood gave the Lady Rovers the lead 7:25 into the game.

Josie Orinko had another strong game in net for Brockway with 21 saves.

Bella Prince scored in the first half and Maddi Cowburn in the second half for the Lady Owls.

SLIPPERY ROCK, Pa. – Garrett Thumm recorded a hat trick as Mercer rolled past St. Joseph’s Catholic Academyin the first round of the PIAA Class 1A playoffs.

Thumm scored once in the first half and twice in the second half.

Max Graul also found the back of the net for the Mustangs.

With the win, Mercer advances to play Winchester Thurston, a 7-0 winner over Everett, in the quarterfinals on Saturday.

BROCKWAY, Pa. – Dylan Coder and Nolan Swanson both scored for Brockway, but it wasn’t enough as the Rovers fell 3-2 to Eden Christian.

Malachi Manges and Ryan Merrick scored in the first half for Eden Christian as they went up 2-0, and Nathan Lomago scored in the second hal to give them a 3-1 lead.

KARNS CITY, Pa. – McKay Ross scored with six minutes left in the game to send Somerset to a 1-0 win over Karns City.

FAIRVIEW, Pa. – Will Gruca and Chris Woten scored for Ambridge to send them to a 2-1 win over Fairview.

ERIE, Pa. – Joey Bayne scored in regulation and then the game-winner in overtime as Franklin Regional outlasted Cathedral Prep.

Will Douglas and Keegan Amos added two goals each for the Indians.