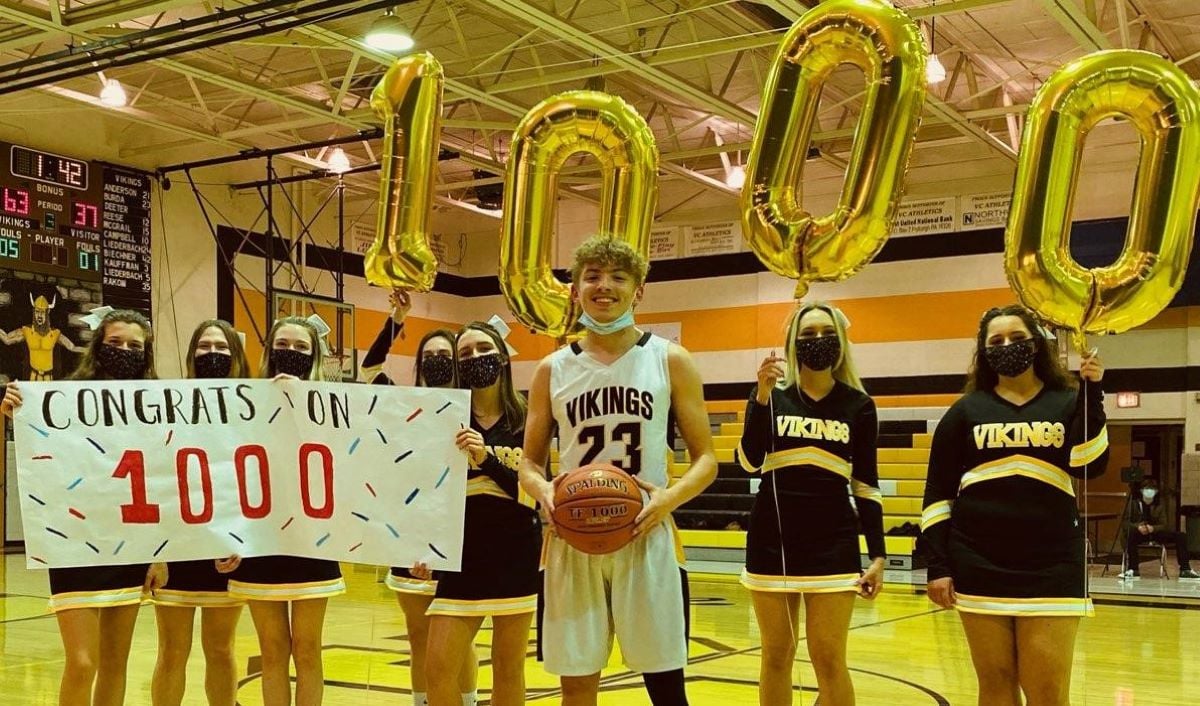 OIL CITY, Pa. – Andrew Burda wrote his name into the school and District 9 record-book in a way that he will never forget.

The Venango Catholic senior scored 52 points, including his 1,000th career point, in an 80-55 win over visiting Forest Area.

Burda needed 46 points to reach 1,000 and said he wasn’t even thinking about the mark, only getting close enough to reach it Friday.

But the sharpshooter, who added eight rebounds and four steals, realized in warmups that he might have the hot hand and then proceeded to score 35 first-half points, including 20 in the second quarter.

Needing 11 for the milestone, he reached it on a 3-pointer late in the third quarter and then added six more fourth-quarter points.

Burda talked about the accomplishment

Jake Liederbach added 10 points in the win for the Vikings.

Colton Kuntz led Forest Area with 13 points with Allen Johnston and Brett Banks each added 10 for the Fires.

Coudersport’s Chambers Scores 1,000th Career Point in Win at Smethport
District 9 and District 10 Basketball and Wrestling Schedule for Jan. 26, 2021
This website or its third-party tools process personal data.In case of sale of your personal information, you may opt out by using the link Do not sell my personal information.
×
Manage consent