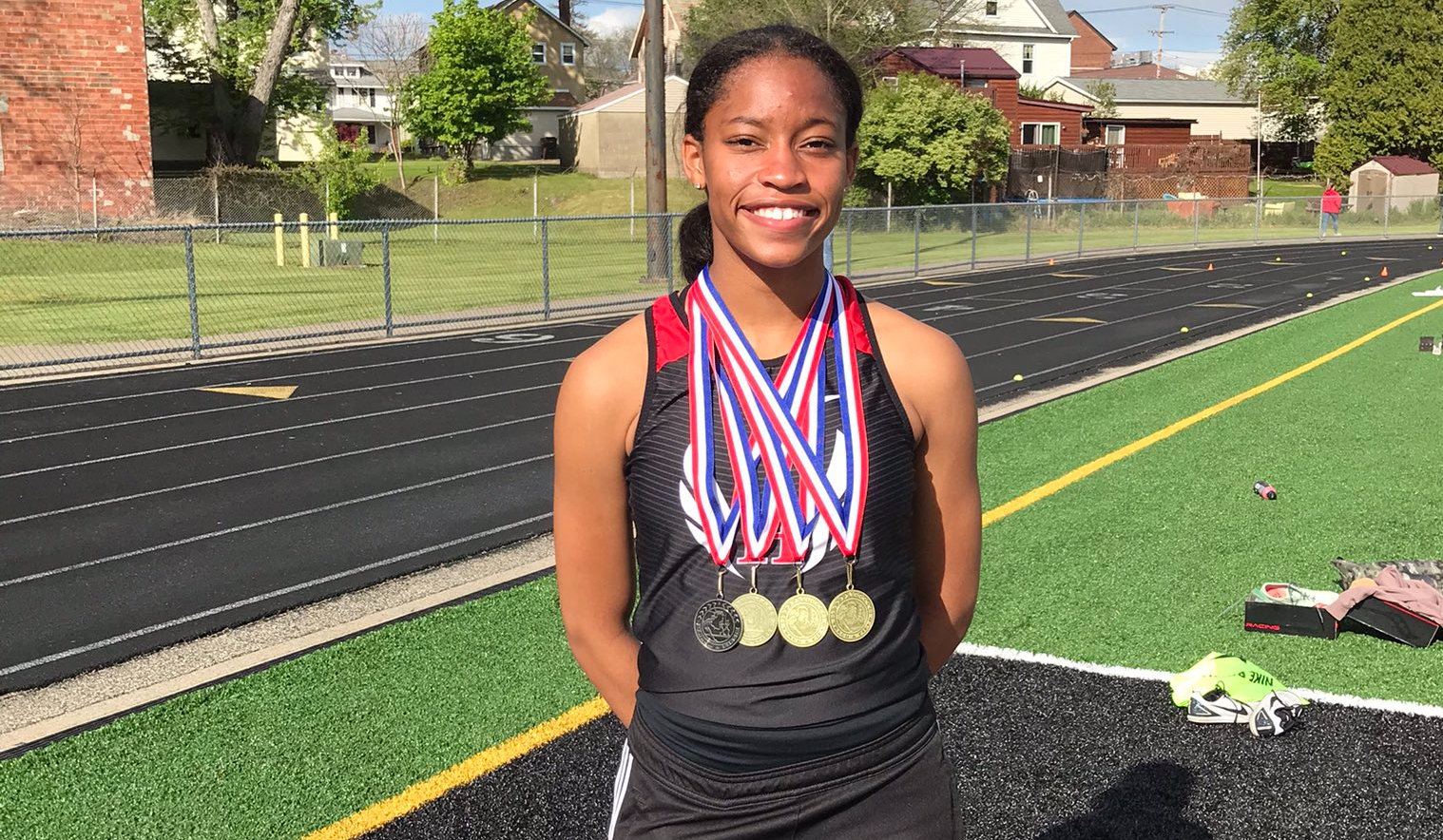 SLIPPERY ROCK, Pa. – It’s a star-studded field in the District 10 Class 3A track and field championships.

Action gets underway from Slippery Rock University at 10 a.m., with plenty of teams and athletes to watch.

The 2019 champion Slippery Rock Rockets bumped down to Class 2A, which makes Hickory a top contender.

Look out for Harbor Creek and Cathedral Prep on the boys’ side.

Hickory’s Aniyah Anderson, a 2019 PIAA medalist, is one of the top athletes to watch on the girls’ side, as well as Grove City’s Abby Steffler, Franklin’s Ashley Alcorn, and McDowell’s Kalli Knott, among others.

For the boys, General McLane’s Dylan Throop has his sights set on a potential meet record in the 3200 (and 1600), leading a star-studded field.

The top two athletes are eligible for the PIAA championships in each event.

For a comprehensive guide to the District 9 Track & Field championships on D9and10Sports.com Powered by Janney Montgomery Scott in Clarion, including an event timesheet, visit our championship hub.

Event-by-event breakdowns are below.

100 Hurdles: Hickory standout Aniyah Anderson is the heavy favorite here with a seed time of 14.77. The next fastest time is Becca Santom of Grove City at 16.42.

High Jump: Paige Griffith and her Hickory teammate Boren are the only two jumpers to clear 5-feet at 5-6 and 5-3 respectively.

Pole Vault: McDowell’s alli Knott is the favorite here by nearly two feet at 12-5, having a chance of breaking the 13-3 meet record set back in 1999.

Long Jump: McDowell’s Riley Hudnall (16-7) and Alexis McFadden of Franklin (16-3) are the only two jumpers to clear 16 feet.

Triple Jump: The top two seeds here are Alexis McFadden of Franklin (33-3) and Nichols of Grove City (33-1 ½) the only two to clear 33 feet this season.

Shot Put: Alcorn is the favorite here at 36-9, followed by Laura Miller of Grove City at 35-6.

Pole Vault: Alex Blose of Fort LeBoeuf (14-0) is the favorite by two feet.

Javelin: Fort LeBoeuf’s Adam Lichtinger is the favorite here by over 11 feet at 162-0.

Long Jump: The top three marks here belong to Prep jumpers, led by Ethan King-Vincent at 21-5.5, the only one to clear 21 feet.

Triple Jump: Folmer of Slippery Rock is a big favorite here, the only jumper to go more than 43 feet this season at 44-1.

District 10 Releases 2021 Baseball Brackets
District 10 Class 2A Championships Promise to be Memorable Powered by Janney Montgomery Scott in Clarion
We use cookies on our website to give you the most relevant experience by remembering your preferences and repeat visits. By clicking “Accept All”, you consent to the use of ALL the cookies. However, you may visit "Cookie Settings" to provide a controlled consent.
Cookie SettingsAccept All
Manage consent