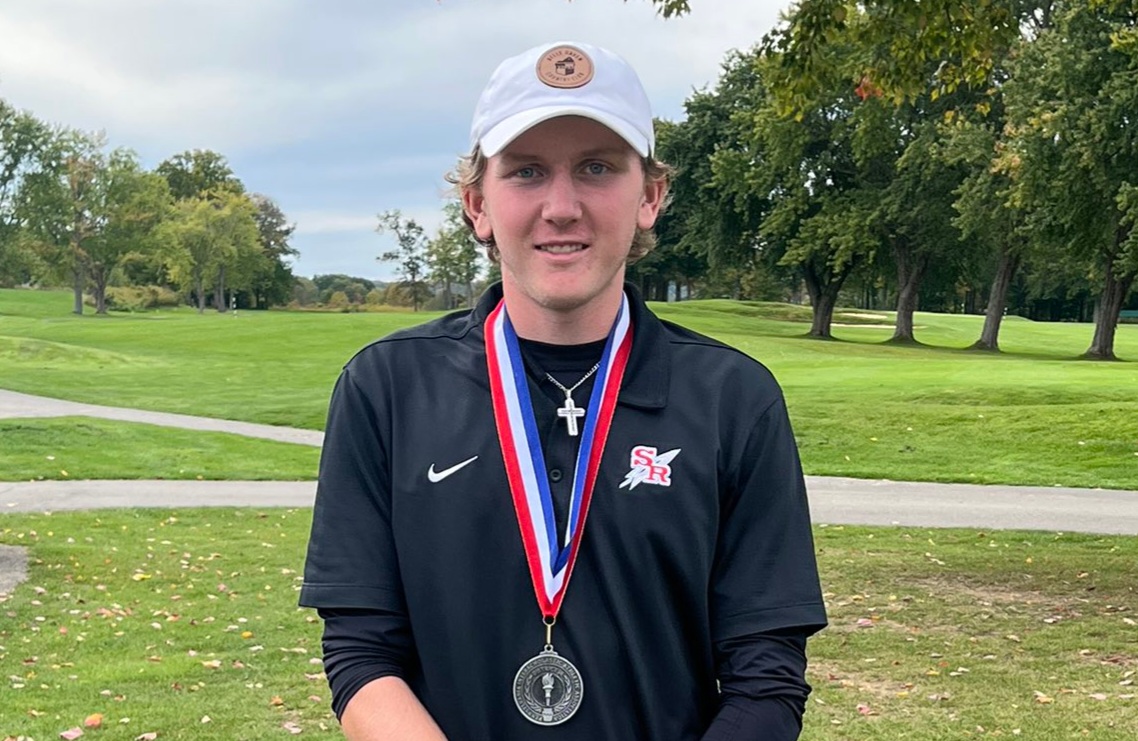 Wolak was on fire, shooting a 5-under 67 in the second round, tying Devon Prep’s Nick Ciocca with a birdie on 18.

Ciocca, who was playing behind Wolak also birdied the Par 5 18th on Penn State’s Blue Course to win by one stroke. Wolak had five birdies and two bogeys in his final round.

Swan, meanwhile, trailed by four on the back nine played steady over the final nine holes, making eight pars before a birdie on the 18th to finish at 1-over for the championship, including an even-par 72 in the final round. Warrior Run’s Hannah Rabb bogeyed holes 14 and 16 but parred 17 and 18 to win the title.

It was part of a banner day for District 10 in Class 2A girls, as Hickory’s Sasha Petrochoko and West Middlesex’s Kate Sowers finished third and fourth at +4 and +6, respectively. Petrochoko had rounds of 76 and 72, while Sowers shot a 77 followed by a 73.

Union City’s Josh James, the defending state champion and clubhouse leader, finished ninth after a final round 81 to finish at +6 for the championship. Wolak was seeking to become the third-straight District 10 golfer to win the PIAA Class 2A title, with North East’s Isaiah Swan winning in 2020.

In Class 3A boys on Penn State’s White Course, Cathedral Prep’s Breckin Taylor finished fifth at +2 with consecutive rounds of 73. Cedar Crest’s Dylan Ramsey finished at -4 to win the title.

In Class 3A girls, Erie’s Elizabeth D’Andrea finished in 24th at +24 with consecutive rounds of 84.

Watch Live: Bradford at Warren Girls’ Soccer
Pizza Hut Scoreboard Oct 18, 2022: Volleyball/Soccer
This website or its third-party tools process personal data.In case of sale of your personal information, you may opt out by using the link Do not sell my personal information.
×
Manage consent