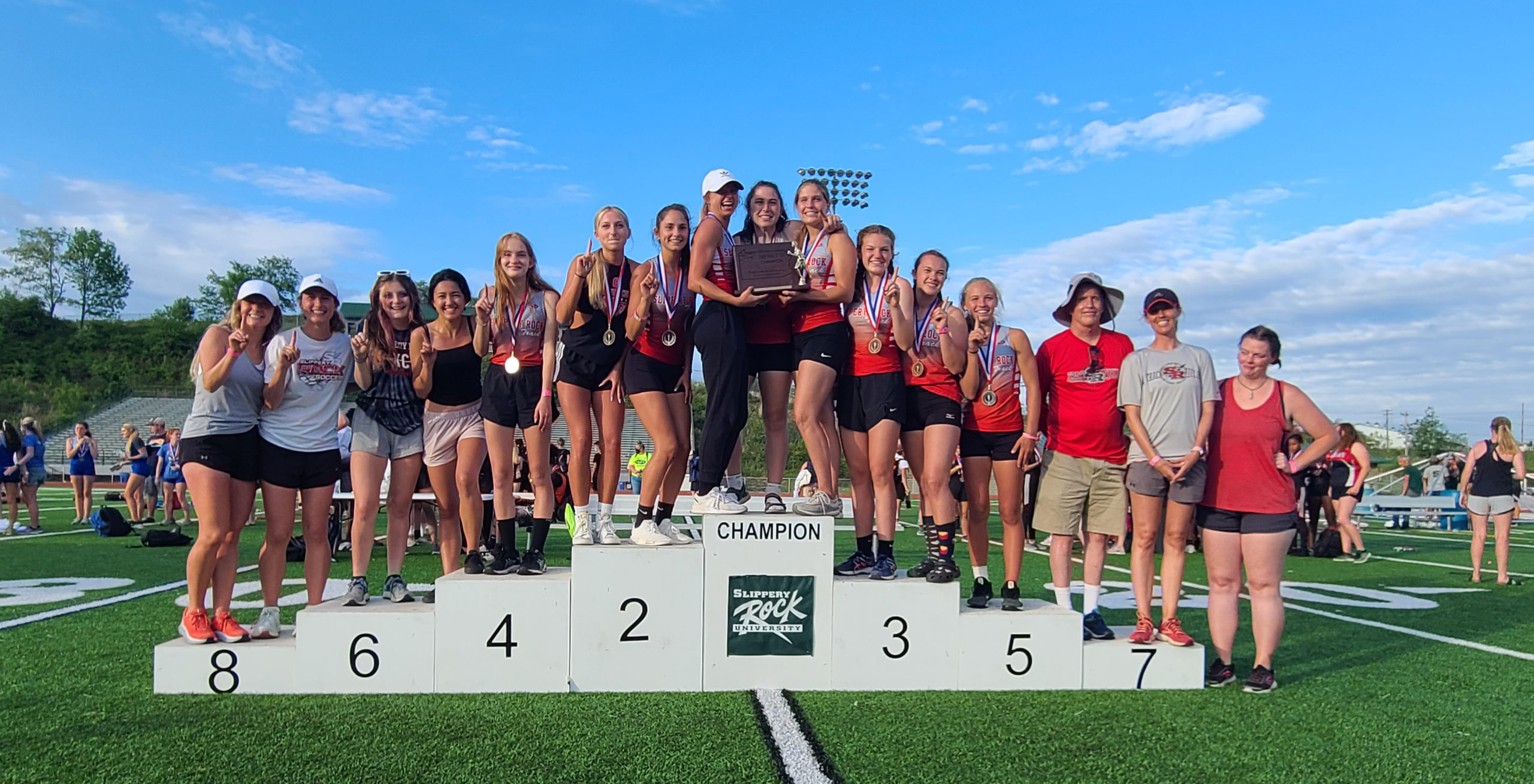 The Slippery Rock girls captured the Class 2A team title.

SLIPPERY ROCK, Pa. – A number of standout performances and a pair of tight team races highlighted a banner day at the District 10 Class 2A Track and Field Championships from Slippery Rock University’s Mihalik-Thompson Stadium on Saturday.

The Grove City 4×400 relay team won in the final event of the day to put them over the top, a team paced by Trey Reznor, Hunter Harris, Josh Dreves, and Ryan Locktosh to clinch the victory.

“I wanted to get a good throw in and my first one was pretty good,” said Ackerman of her toss in the javelin. “The goal was to qualify and win and I did that.”

“The 1600 has always been my strong suit,” Nichols said. “Going into states I feel really confident about that. In the 3200, I don’t really run it much, but I know that I can run fast times in it. Today it was all about points with the 32.”

Wilmington’s Lindsey Martineau was also brilliant, sweeping the hurdle races with times of 15.19 and 47.11, respectively.

Anna Bayer of Fort LeBouef cleared 5-0 to win the high jump, while Oil City’s Emma Horn won the pole vault at 10-6 and North East’s Mercedes Myers the shot put at 36-6 ½.

“I felt pretty good,” Hogg said. “It’s been great. I was so excited for today after not being able to compete last year.”

The top two place-winners and those who met state qualifying standards advanced to next Friday’s PIAA championships at Shippensburg University.