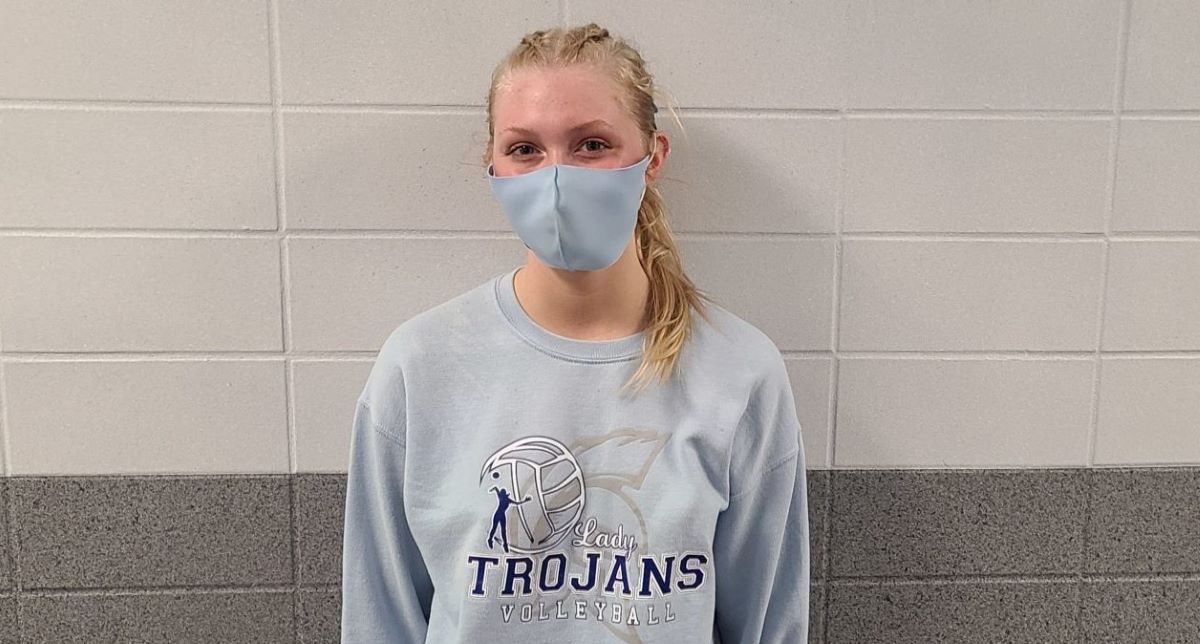 Down 23-17 in the fourth set, the Trojans finished in style, going on an 8-0 run to close out the match.

McDowell setter Alyssa Radtke was all over the court, finishing with 34 assists and eight digs on her way to Allegheny Grille of Foxburg Player of the Game honors. She talked about the win afterwards:

Sadie Thomas had a match-high 14 kills to go with 10 digs for Maplewood with Avery Brunot adding six kills. Bailey Varndell ran the Tigers offense with 21 set assists while adding 12 digs.

Sarnoski had 12 kills and five blocks to lead the Lady Owls who also got five kills each from Mikey Iageniese and Emma Tyger.

Courtney Clark ran the offense for the Orioles with 20 set assists while adding five aces and four kills, while Devin Rhoads paced the defense with 14 digs while picking up four aces. Emma Trinch also had three aces in the win.

Karlee Kieklak also had three kills, five aces, and a dig for the Victors, while Sienna Dauer had 13 set assists and Willa Regal 10 set assists in the win.

Gargano had a team-best 15 kills with Duncan adding 13 and Griffith 12. Emily Duncan had 19 set assists with Gargano adding 12 set assists to run the offense for the Hornets.

Alyssa Weaver ran the offense for the Lady Panthers with 11 set assist while Syndey Bell had six blocks.

Ayanna Ferringer had seven kills and two blocks for Cranberry, who was playing for the third time in three nights, with Mackenize Karnes adding three kills, three digs, and three blocks, and Maria Anderson three kills, two aces, a dig, and a block.

Kacie Dunn added six kills for the Yellow Jackets while Tori Williams ran the offense with 14 set assists and Courtney McDonald paced the defense with 12 digs.

Caylen Rearick and Carlie Rupp each had 14 digs to pace the Lady Bulldogs defense, while Lily Shaffer ran the offense with 22 set assists.

Kendall Dunn ran the offense for the Lady Lions with 20 set assists.

Olivia Thompson recorded a kill for Forest Area with Nautica Sharp and Peighton Trout both chipping in a dig.

Julia Seth ran the offense for the Lakers with 15 set assists and Jayne Smith chipped in seven digs.

Johnsonburg stats won’t be available until the next day.