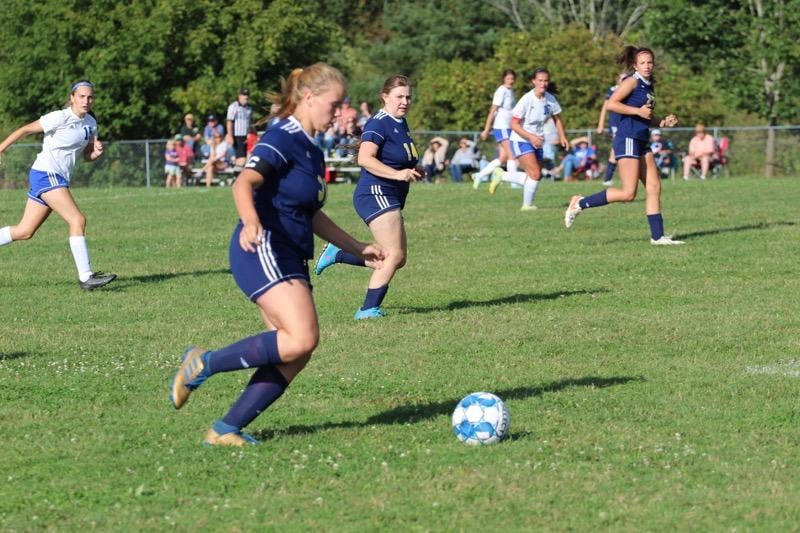 Thomas Uckert had two goals and an assist and Bailee Verdill had one goal and two assists for C-L.

Jacob Maze and Aiden Wilcox combined on the shutout in net.

WEST MIDDLESEX, Pa. – Noah Asche had two goals for West Middlesex, but it was Sharon that came out with a 4-3 victory.

Dylan Barnes had the other goal for the Big Reds.

Lia Hageter added a pair of goals for Redbank Valley, including a penalty kick in the first half.

The Lady Bison scored two goals in each half, as Emily McCracken also tallied an assist.

Cayleigh Walker had four stops to earn the shutout in net.

TITUSVILLE, Pa. – Emalie Best had two goals (including one on a penalty kick) and an assist as Forest Area edged Titusville, 3-2.

Amber Guzzi also found the back of the net for Forest, and Maria Bauer tallied an assist.

Anna Shellgren scored in the first half for Titusville and Hadley Morrison on a penalty kick in the second half.

Emma McFarland had 16 stops in net for the Fires.

GIRARD, Pa. – Clara Steinberg scored a pair of goals as Eisenhower built a 3-0 halftime lead en route to a 4-0 triumph over Girard.

Julia Gesing and Katie Bunk also found the back of the net for the Lady Knights.

CAMBRIDGE SPRINGS, Pa. – Marisa Schnars, Molly Taylor, and Kathleen Reddinger all found the back of the net, with Schnars netting the OT winner in Mercyhurst Prep’s 3-2 win over Cambridge Springs.

Ellie Schnars added an assist for the Lakers.

LINESVILLE, Pa. – Anna Slagle had two goals, including the game-winner in overtime in a 4-3 victory over Conneaut.

Slagle and Gamble also had assists.

Annie Thayer had two goals and Molly O’Reilly and Ashley Soety one each for the Tigers.

Ryan Dubiel, Madison Parker, Ella Vernam, and Morgan Miller also found the back of the net for the Lady Mustangs.

Adrianna Stearns tallied two goals for the Tigers, while Claire Holcomb, Analyse MCGown, and Kylie Cochran added one each.

Meea Irwin found the back of the net for the Dragons.