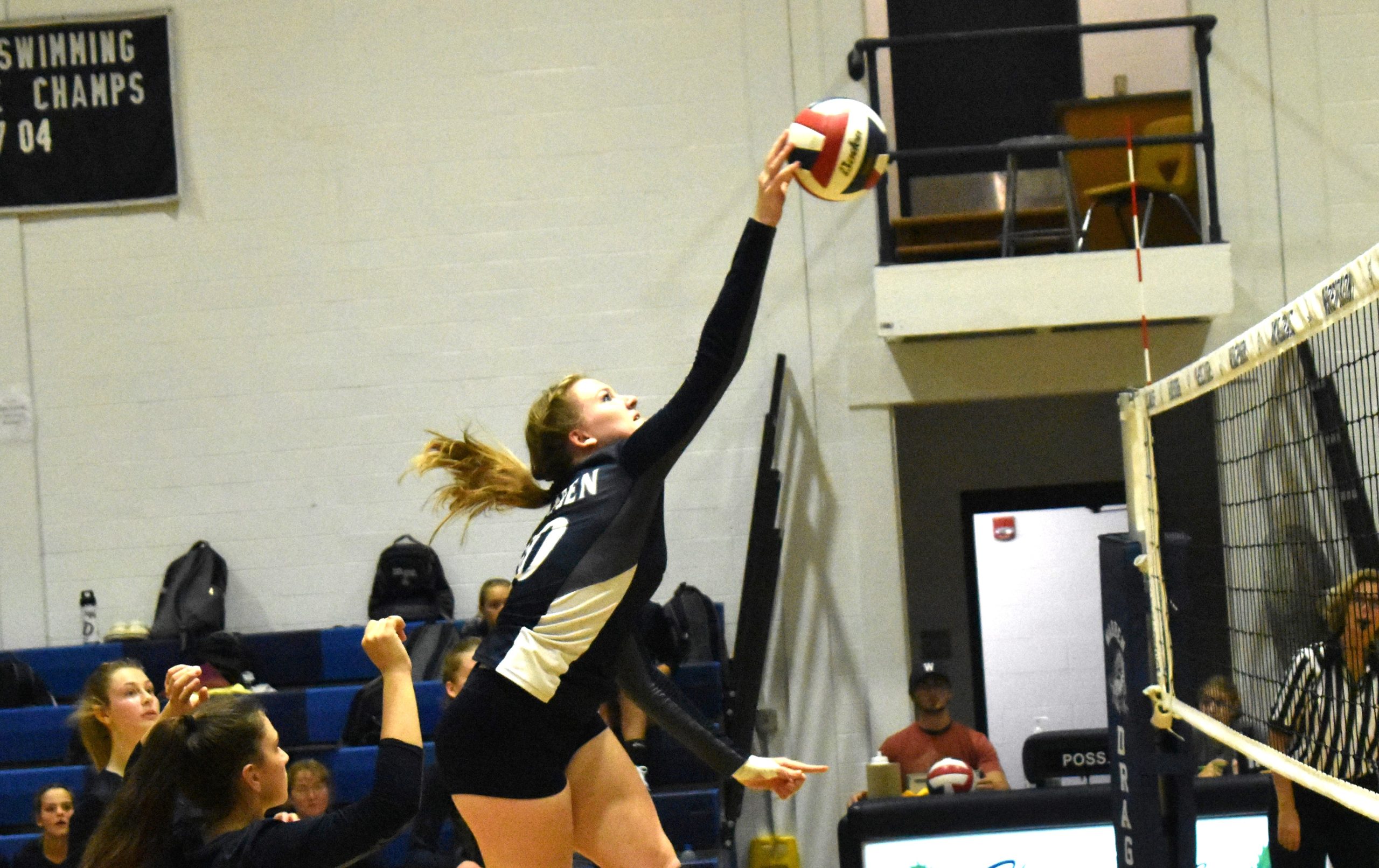 Watch the Dragons close out the victory

Warren closes it out with a 25-19 win in the third pic.twitter.com/2VhhiynAdi

Maddy Jones led the Warren offense with 11 kills, while Summer Lucks paced the defense with 19 digs against a Corry team that came in at No. 6 in the Pennsylvania Volleyball Coaches Association Class 2A rankings.

Lucks talked about the win:

Warren led from start to finish in the first set, went on a 12-1 run after falling behind 3-1 in the second set, and jumped out to a 6-0 lead in the third.

Lindsay Madigan had 32 set assists for the Dragons, while Jones had two aces to go along with her 11 kills, Kylie Fehlman nine kills, and Carly Beers five kills and two aces.

YOUNGSVILLE, Pa. – Eisenhower bounced back from a tough loss on Tuesday to earn a sweep over its cross-county rival at Youngsville.

Neither team was able to gain a clear edge over the other. Youngsville made the first run to take a 9-5 lead in the opening set. Eisenhower was able to gain momentum thanks to the strong serving of sophomore Caroline Smyth, who finished with 15 service points on her way to earning Allegheny Grille of Foxburg Player of the Game honors.

Smyth talked about the win (editor’s note – the plug to the soundboard was accidentally knocked out so a portion of the interview will not have sound. Let it play through to hear the entire interview).

Youngsville held a slim lead through the early part of the second set. Eisenhower grabbed a 19-16 advantage, and the Eagles were able to get within a point in several instances but couldn’t tie or retake the lead as the Knights put the set away.

A 7-2 run midway through the third gave the Knights a 16-9 lead. The Eagles pulled within two at 16-14, but Eisenhower answered with a 4-0 run that essentially put the game out of reach.

For the Eagles, Dilyn Moore had 10 digs. Olivia Darling had five kills, Harlee Swearingen had three aces, and Riley Robinault had four blocks.

Anna Merry added a double-double of 33 set assists and 11 digs for the Lady Terrors.

Leigha Nelson ran the offense with 24 set assists and added a pair of blocks.

Danielle Griebel ran the offense for Punxsutawney with 24 set assists.

Madilyn Enterline and Hayley Wood each added three kills for the Muskies with Enterline leading Jamestown with 14 digs and Wood adding 12.

Trinity Lundy ran the offense for Oswayo Valley with 30 set assists and chipped in with three aces.

Sadie Thomas had 12 aces to lead the way for the Tigers. She also added five kills. McKenna Crawford and Maggie Means each chipped in six aces apiece, and Arianna Palmiero had four kills.

Emilee Ruter chipped in 23 digs and five aces for the Lady Falcons, while Emily Eckert ran the offense with 17 set assists.

Ashlynn Collins ran the offense for the Berries with 15 set assists.

Lexi Ruckedeschel had a double-double with 12 kills and 12 digs while chipping in four blocks for A-C Valley, Mackenzie Parks had a match-best 14 digs to go with three aces and three kills, and Bella Ielase added four kills.

Jenna Stefanacci ran the offense for the Lady Falcons with 22 set assists.

Sept. 7, 2022 D9/10 Soccer Recaps: Big Day for Redbank Valley; Grove City, Eisenhower Girls Triumph
Sept. 8, 2022 Volleyball and Soccer Schedule
This website or its third-party tools process personal data.In case of sale of your personal information, you may opt out by using the link Do not sell my personal information.
×
Manage consent