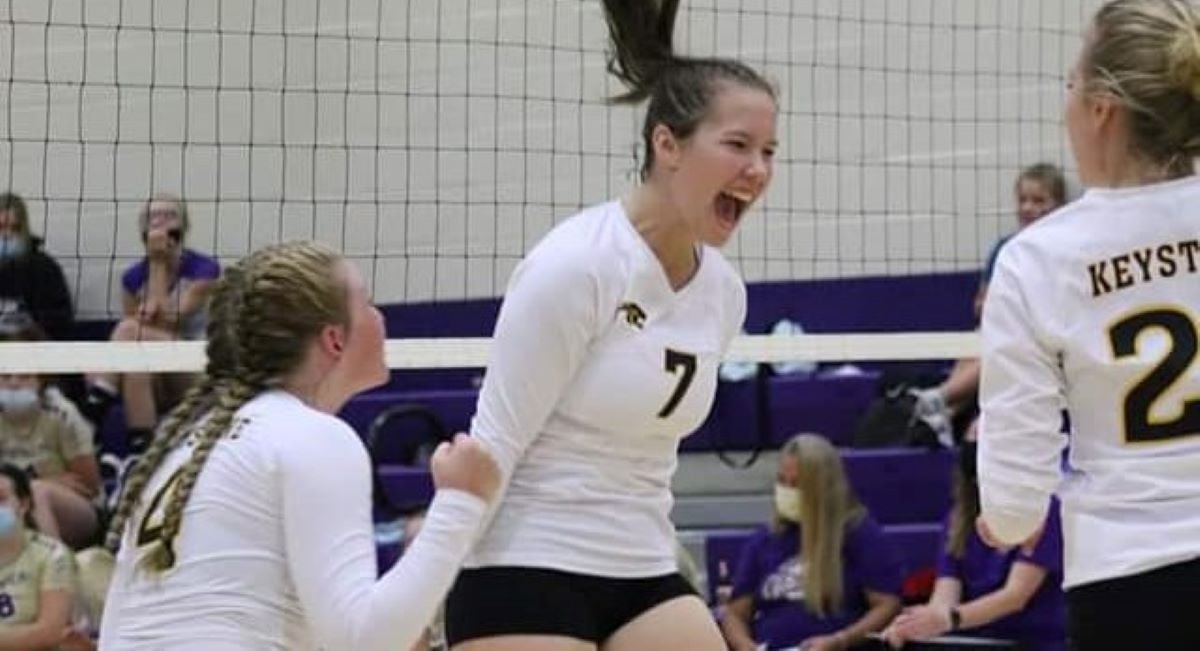 Sydney Bell was strong at the net for the Lady Panthers with six kills and five blocks, while Reagan Mays ran the offense with 15 set assists to go with four aces.

Reiter led the Dutch with 10 kills while adding nine set assists, while Anthony had nine kills.

Willa Regal ran the offense with 21 set assists and a dig.

Jayne Seth and Lexi DiFuccia each had eight digs in the victory.

Kerringten Wasiulewski ran the offense for the Bison with 42 set assists.

Kenzie Olewine got the 45 balls on defense while adding four aces for the Eagles with Olivia Darlin and Kamden Swearingen both adding four kills.

Braymer led the Panthers with 14 kills with Houck putting together a double-double with 11 kills and 19 digs.

Kam Fuller ran the offense for Saegertown with 34 set assists.

Sadie Thomas had another strong performance for Maplewood with 22 kills with Trista Robinson and Avery Brunot each adding six kills. McKenna Crawford led the defense with 26 digs, while Bailey Vardnell ran the offense with 34 set assists.

Kassidy Orinko had five kills, nine digs, and two blocks for Sheffield with Lynzie Grubbs and Emily Foster each had four kills.

Kadence Steffan ran the offense for the Lady Wolverines with 14 set assists and added six digs.

Ava Wahlers had a team-best 17 kills for the Lady Falcons while adding two digs, four aces, and a block, Savannah Myers chipped in 10 kills, two aces, and a dig with Vanessa VanWhy adding seven kills, an ace, and a block.

Samantha Griebel had a team-high six kills for the Lady Chucks with Ciara Toven adding five kills and two aces and Emily Dobbins four kills and an ace.

Emma Galando paced the defense for Punxsutawney with 10 digs.

Katie Madigan had eight kills and 13 digs for Warren with Summer Lucks chipping in 10 digs and Kylie Fehlman two aces.

Izzy Flick had two kills and five aces for the Fires.

Alyssa Bakaysa led Curwensville with three kills and a block, and Alaina Anderson had five set assists, an ace, and a block.

Clearfield’s Smith Nets 100th Goal in Win; Clarion-Limestone Boys Blank Forest
D9and10Sports to Broadcast C-L at Clarion; DuBois at Warren Volleyball Tuesday
This website or its third-party tools process personal data.In case of sale of your personal information, you may opt out by using the link Do not sell my personal information.
×
Manage consent