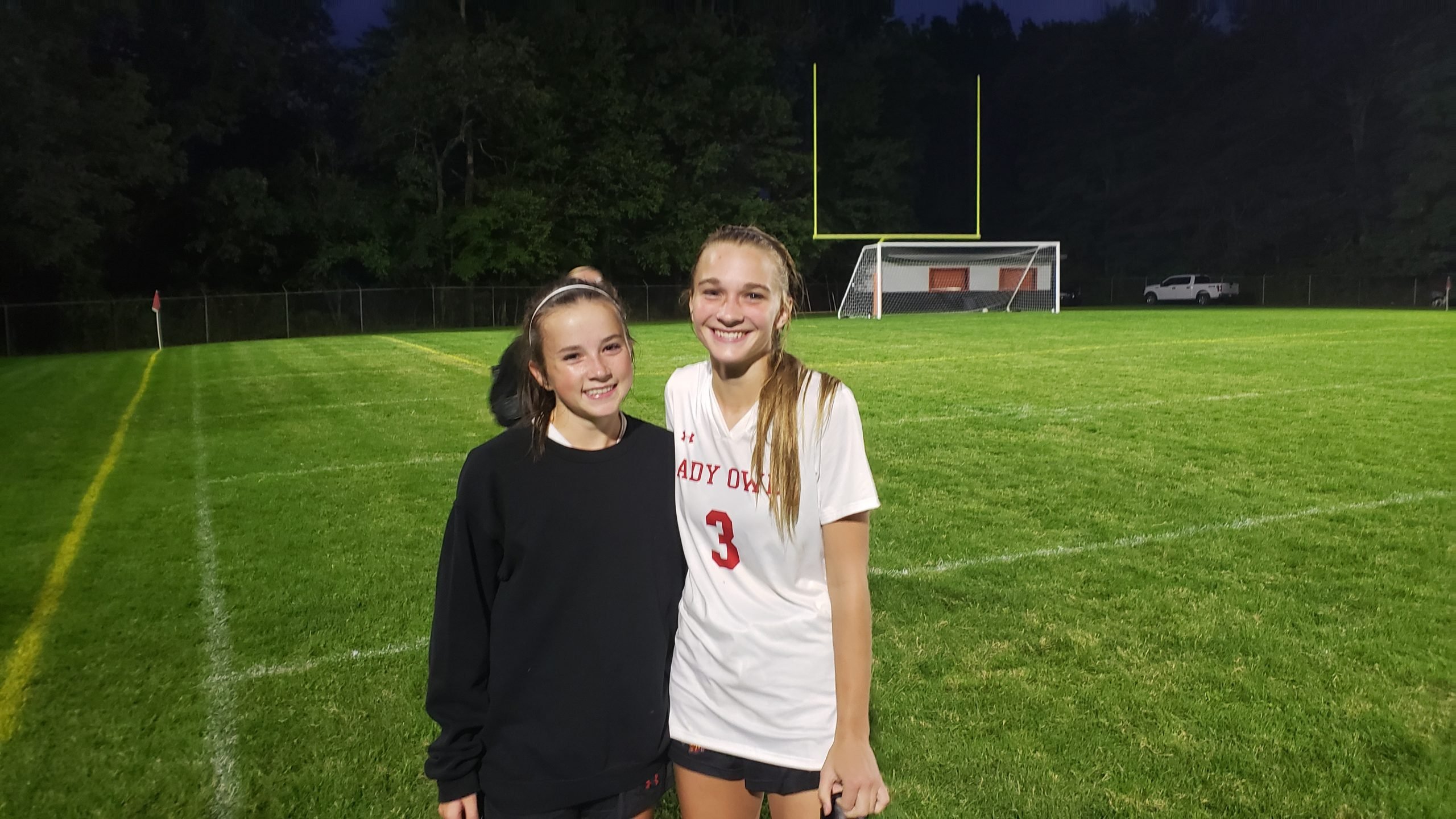 CLARION, Pa. – Maddi Cowburn and Bella Prince each recorded hat tricks, as visiting Bradford rolled to an 8-1 win over Clarion.

Cowburn added four assists with Prince picking up one. The duo were named the co-Allegheny Grille of Foxburg Players of the Game and talked about the win.

Bradford led 3-1 at halftime before putting the game away with five second-half goals, including two in the first five minutes.

Cowburn and Prince each had two goals after the break with Prince making it 4-1 on a feed from Cowburn in the 41st minute before Cowburn made it 5-1 in the 45th minute.

They then went back-to-back again later in the half with Prince scoring in the 65th minute and Cowburn in the 69th minute to make it 8-1.

Prince started the scoring in the 10th minute and Cowburn made it 3-1 with a goal in the 32nd minute.

Kelsea Austin had the other two goals for the Lady Owls, one in each half. She scored in the 20th minute to put Bradford ahead 2-0 and then again in the 60th minute to make it 7-1.

Clarion’s lone goal came on a penalty kick from Lexi Coull in the 24th minute. JJ Wilson threw the foul in the box, and Coull beat Rylie Baldwin for the lone goal of the game for the Lady Cats.

Cowburn actually had a penalty kick in the 24th minute when she was tripped as she was about to shoot into an open cage. But her penalty went off the bar.

Vivian Sanders had the shutout in net.

Hannah Lindenberger and Annie Thayer had one goal each for the Tigers. Lindenberger, Gennuso, Owens and Thayer all had assist.

Brie Nader added a pair of goals for the Eagles.

Cece Morrow chipped in with a goal and two assists, while Avah Burke, Paige Dodd, Shali Slater, Hanna Dailey and Taylor Miler had one goal each. Slater and Miller also had assists.

Gio Masone had two goals for GM, which led 5-0 at halftime. Dylan Patterson and Carter Sindlinger had one goal each as the Lancers improved to 6-1.

Sindlinger had three assists and Robson, Coletin Barto and Jacob Rau had one helper each. Landon Olszewski had the clean sheet in net.

Casey Young and Carter Duch combined on the shutout in net for the Dutchmen.

Reed Yost and Brayden George also found the back of the net for Seneca, while Pikiewicz and Renner also had two helpers each.

Ben Yard and Chippy Whitling had two goals each for the Knights.

Reston Weismann had the shutout in net.

Ordiway notched both Warren goals as he scored in regulation off an assist from Gavin Rex.

GIRARD, Pa. – Troy Croscut-Miller and Mike McGuigan both found the back of the net as North East earned a 2-0 win over Girard.

Reece Kordes got the shutout in net.

BOLIVAR, NY – Oswayo Valley’s Rylee Thompson earned medalist honors with a 53 but it was Smethport that earned a 31-24 team victory.

Smethport Girls, Saegertown Boys Get Golf Victories Powered by Hunter’s Station Golf Club
Sept. 15, 2022 Volleyball and Soccer Schedule
This website or its third-party tools process personal data.In case of sale of your personal information, you may opt out by using the link Do not sell my personal information.
×
Manage consent