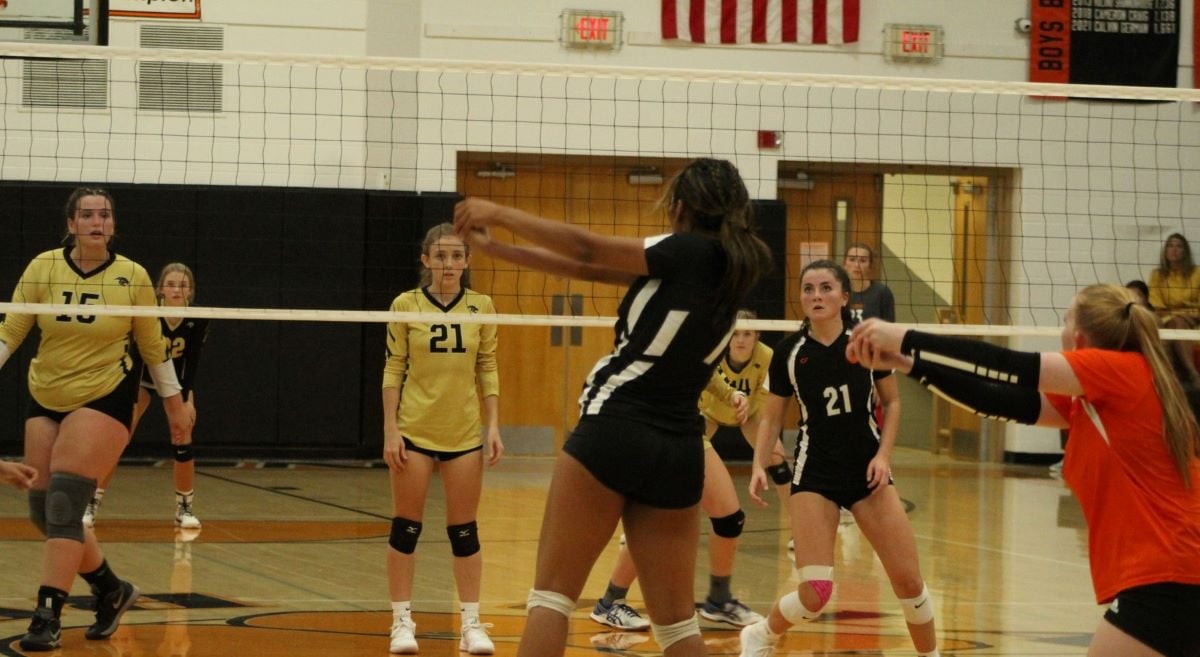 The Lady Cats, holding a one set to none lead, in their KSAC showdown with visiting Keystone found themselves down 17-13 in the second set and in real danger of having what was now a 123 consecutive wins streak against D9 opponents end.

Girvan had big match with 10 kills, eight digs, and two aces and was named the Allegheny Grille of Foxburg Player of the Match.

She talked about the victory

The Lady Panthers fought back and tied the match at 23 before Clarion took a 24-23 lead. The Lady Cats thought they had the victory at 25-23 when a hit was originally called in bounds. But after a discussion, the call was changed to out-of-bounds tying the set at 24. Clarion, though, got the next two points to secure the win. It then started the third set on a 14-4 run.

With wins over Cranberry, Redbank Valley, and Keystone, Clarion now finds itself in the drivers seat for another KSAC title despite only being two weeks into conference play.

Parks had 38 kills and 12 digs for the Bulldogs who also got nine kills and seven digs from Kendall Mealy.

Sydney Holt paced the Meadville defense with 18 digs, while Elliott Schleicher ran the offense with 47 set assists while adding 16 digs and three aces.

It was a match of runs, as Oswayo Valley built leads of at least six in every set, led by the strong offensive play of Avaree Kellert, Olivia Cook, and Trinity Lundy.

Kellert was named Allegheny Grille of Foxburg Player of the Match and talked about the win along with Cook.

They were set up by the strong play of Lundy, who had 31 set assists to go along with 10 service points and one kill. Praylan Perkins also finished with four kills, six service points, and 15 digs.

Danielle Griebel ran the offense for Punxsy with 20 set assists.

Annasophia Stauffer had 11 kills, six digs, a block, and an ace for the Ramettes with Alaina Sherry adding 10 kills, seven aces, and five digs.

Brockway volleyball is brought to you by Fran Morelli Sales & Service.

Elizabeth Hunter added 11 kills for the Tigers with McKenna Crawford leading the defense with 16 digs. Bailey Varndell ran the offense for Maplewood with 28 set assists.

Makenzie Lupole added five kills and 10 digs for the She-Wolves.

Lindsay Madigan ran the offense with 29 assists and Summer Lucks had 15 digs.

Emma Delp added 10 kills for the Lady Beavers with Gabby Gulvas leading the defense with 14 digs. Emily Snyder ran the offense for DuBois with 29 set assists.

Ava Murcko also had 15 digs, six kills, an ace, and a block for the Raiders with Marissa Hassell adding 14 digs, four kills, and an ace.