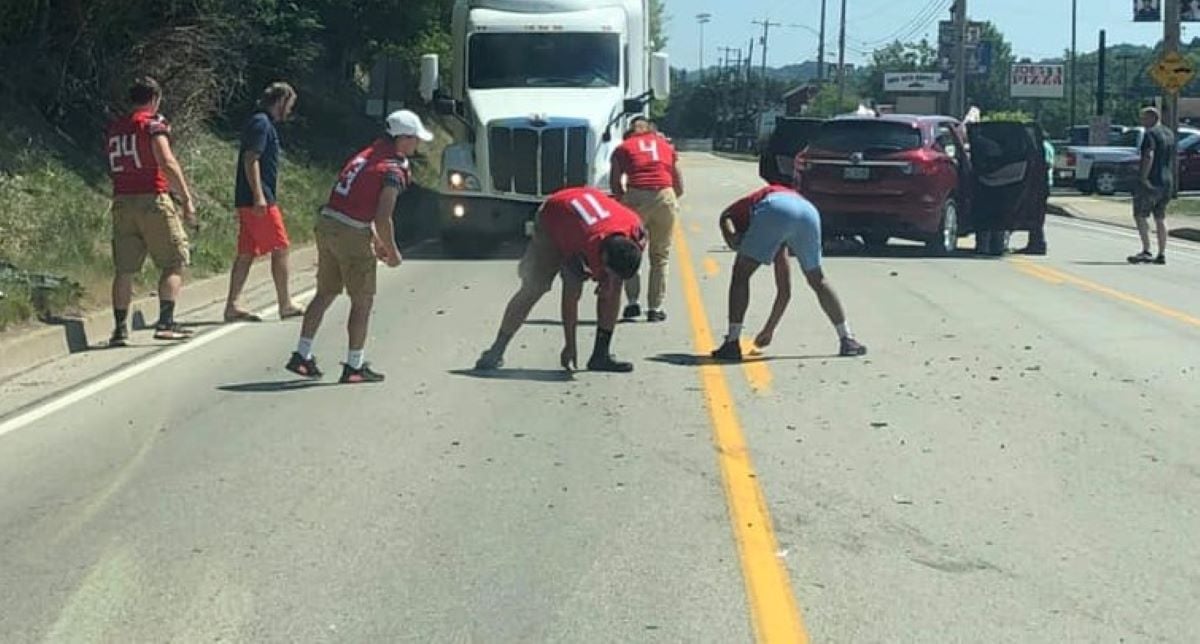 NEW BETHLEHEM, Pa. – Over the weekend, a group of Redbank Valley football players showed one of the true lessons sports teach young men and women.

The Bulldog players, who were actually in their game jersey’s because they were volunteering at the program’s annual golf outing Sunday, Aug. 9, were on their way to pick up meals for the 132 golfers when they passed by an accident scene.

Instead of staying in the car and waiting for the scene to be cleared, the players decided to help out.

As one message to the team’s Facebook page said, “You all have taught them right! This accident just happened. This entire car full of your football players pulled over, got out of the car, and started helping to clean the roadway off!!”

In sharing the post on the team’s Facebook page, Redbank Valley head coach Blaine Gold said he believed this act deserved as much recognition as for what they do under the lights on Friday night.

“It would have been easy to stay in the car but they chose to get out and help without being asked,” Gold said.

The accident occurred on Route 28 (Broad Street) near the Burger King. No additional information on the accident was available.

PA Issues New Recommendations to How Schools Should Open
In The Face Of Uncertainty, Football Coaches Preparing Their Teams To Play