In The Face Of Uncertainty, Football Coaches Preparing Their Teams To Play 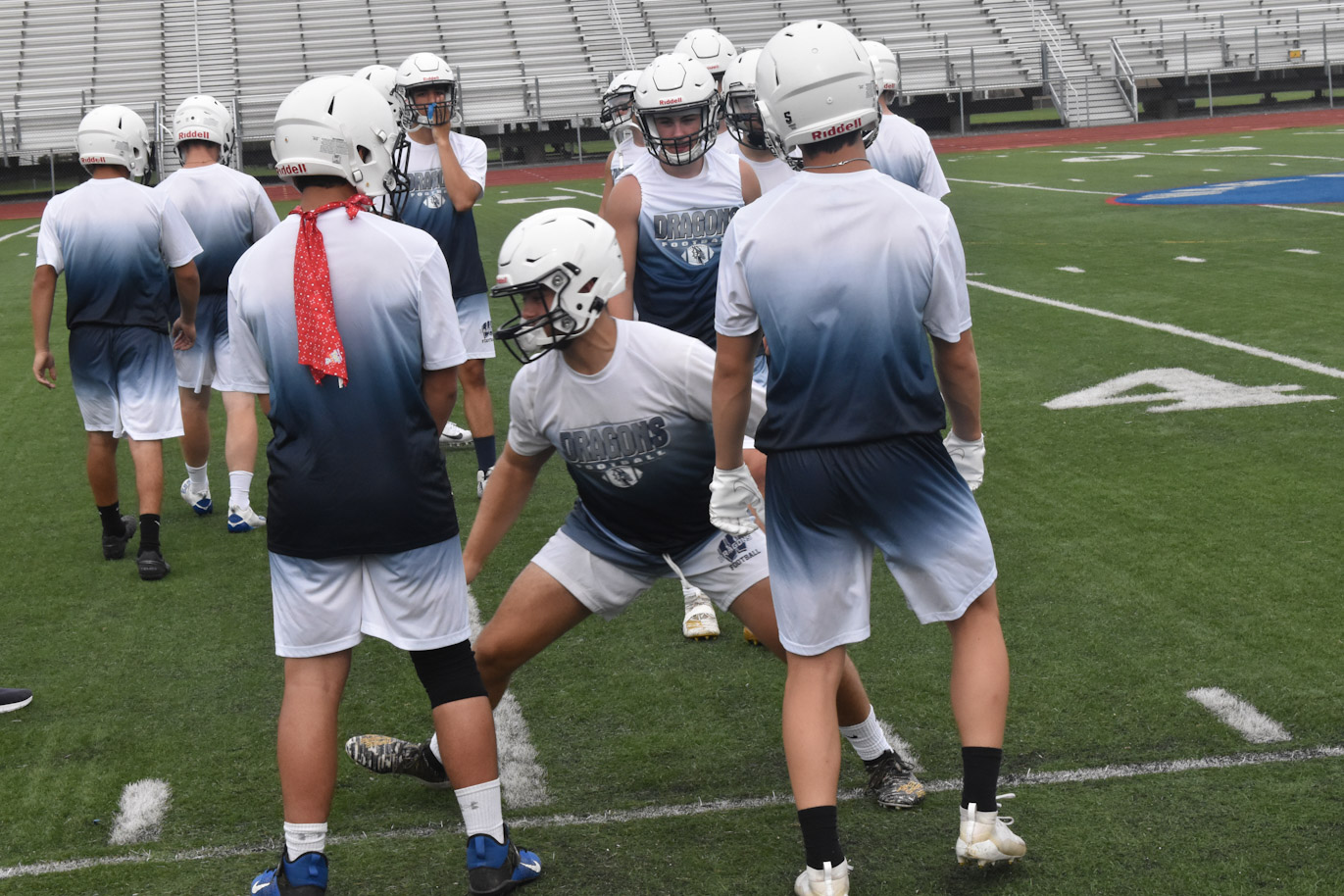 Our kids are ready to play.

That seems to be the consensus among District 10 and District 9 football coaches in the face of an uncertain future.

Many obstacles still remain, but coaches believe that their kids can compete and do so in a safe manner.

“Everybody from the ground up, kids, coaches, parents, school board, want to go,” said Port Allegany coach Justin Bienkowski. “They’ve had everybody’s best interest and followed safety protocols from Day 1. We hit the ground running on June 15 and are fortunate to have school support.”

Last week, Governor Tom Wolf issued a recommendation that high school and youth sports should not be played until at least Jan. 1 because of COVID-19 concerns.

The PIAA is trying diligently to go forward with a fall season, having voted on Friday to delay the start two weeks (Aug. 24) to “continue to seek dialogue with the administration, the legislature and all athletic stakeholders to obtain clarification on the possibility of safely conducting athletic activities in conjunction with the start of the school year.”

And despite all of the unknowns, there is optimism abound.

“We are just controlling what we can control and honestly thankful for each day,” said Erie High coach Rob Matz. “We are staying positive and hopeful.”

Most programs are going full steam ahead with workouts.

“We are just going about business as usual, preparing as though we will have a season,” Maplewood coach Bryan Borkovich said. “We control what we can control and are trying to help them be ready for any outcome.”

The players, perhaps due in large part to all the restrictions in recent months because of COVID-19, are training with an increased sense of motivation.

“Sure, it’s very tough to prepare with the uncertainty of having a season,” but the kids are relentless in these workouts,” said Amp Pegues, coach of defending Class A state champion Farrell.

The same is true all over the region.

“We’re going about everything as usual,” said Warren coach Mark Morelli. “With all the progress we’ve made, if we have a season, we don’t want to lose that progress. We’re getting 50-55 kids per workout. Our kids are motivated and want to play football. It’s the best it’s been since I’ve been here (Morelli is in his fourth season leading the Dragons).”

More than just organized workouts, many players have also been getting together on their own to get ready.

“Before our district had their plan in place, our guys were getting together at the fairgrounds and doing things like flipping tractor tires, running bleachers, sprinting up hills, etc.,” said Redbank Valley coach Blane Gold.

Brookville QB Jack Krug competes in a 7-on-7 in 2018. File photo by Andy Close

Gold explained the Bulldogs also have a long-standing tradition that they’ve continued this summer.

“We have a long tradition of what’s called ‘Captains Practices,’” he said. “These are full two-hour practices that take place once a day for two weeks before heat acclimatization starts. This is where we do all of our installs and bring our freshmen up to speed.”

The enthusiasm is clear across the board, but so is the frustration. The game of political ping-pong between the PIAA and the Governor’s office has put everyone in a tough spot.

“You can tell the seniors are stressed due to the back-and-forth and now a delay,” Borkovich said. “At the end of the day, someone needs to make a decision and quit toying with these young men.”

It’s a senior class that already lost its spring season as juniors.

“As a coaching staff, we’re just going with the flow like there will be a season,” Pegues said. “It’s very tough to look at my seniors and tell them we just don’t know what’s going to happen.”

Morelli called upon leadership at all level to work together for a season.

“Last week when I told them the season might be canceled, their was a lot of emotion,” he said. “Between the PIAA and Governor’s office, they should find a happy medium to give us a shot. The kids and the coaches have put too much time into this thing. The school districts, all of them, have put in a tremendous amount of time to ensure the kids will have a season. I don’t agree with pulling the plug.”

There’s also overwhelming support from the respective school districts, who have put into action detailed safety protocols to ensure there can be a fall season.

“Every school has put together these safety plans,” Smith said. “The kids have missed it, they’ve missed their friends and are willing to adjust to get back to the field.”

Overall, the message is simple.

“Let us play,” Bienkowski said. “That’s what we all want. We have a lot of great seniors in our area, kids that you really get to know and root for except the week we’re playing them. They all just want that chance to play.”