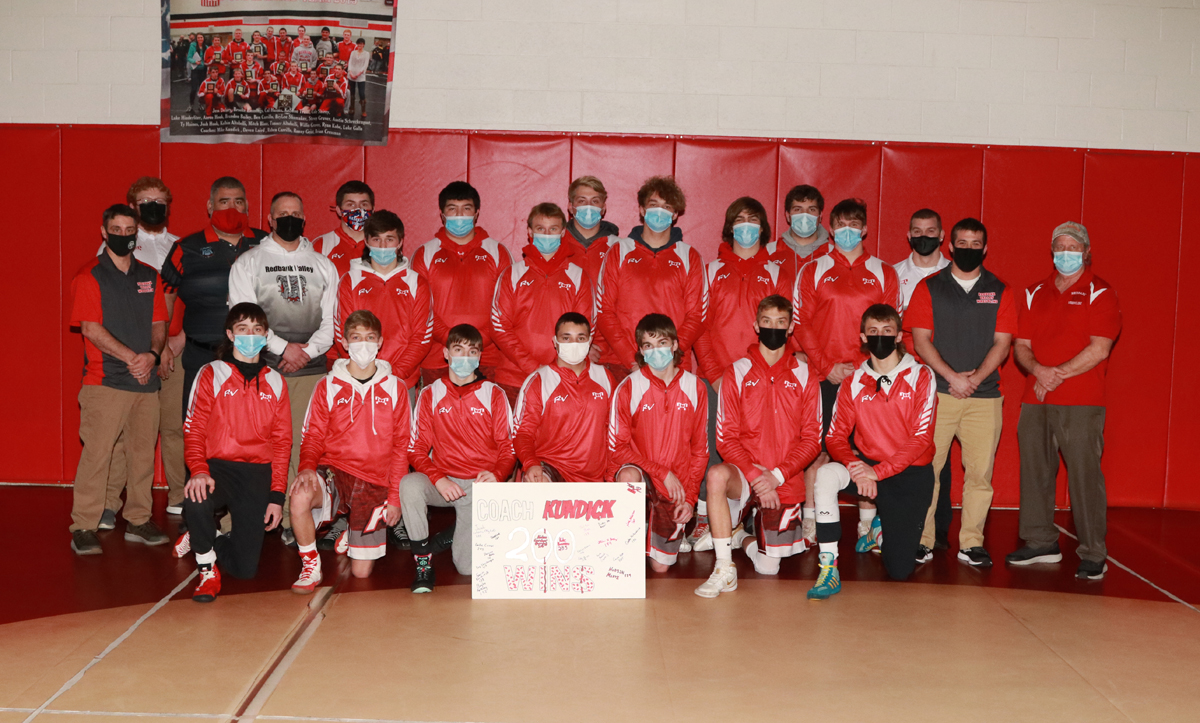 NEW BETHLEHEM, Pa. – Redbank Valley coach Mike Kundick won his 200th career match on Saturday against Brockway, as the Bulldogs beat the Rovers, 33-24, followed by a 36-31 win over McDowell.

In the match against Brockway, the Bulldogs won five matches via forfeit and the other courtesy of Trenten Rupp, who earned a 10-5 decision at 132.

In the win over McDowell, Rupp, Hudson Martz and Aiden Gardner got pins at 132, 189 and 215, respectively, while the Bulldogs also received three forfeit wins.

HOLLIDAYSBURG, Pa. – Clearfield traveled to Hollidaysburg and came away with three wins, 51-12 over Hollidaysburg, 36-28 over Mifflin County and 51-15 over Huntingdon.

Jacob Carfley won by major decision for Curwensville, 9-0, at 113.

Brett Thompson won by pin for the Owls at 138. Bradford got its other wins by forfeit.

FRANKLIN, Pa. – Franklin won six matches by forfeit in a 39-28 win over Clarion.

Kadin Karns got a 4-2 decision at 215 pounds for the Knights.

Clarion wrestled well, getting pins from Chesney Boggess at 172 and Peyton Means at 189. The Bobcats also got a major decision from Ashton Rex at 145 and a pair of forfeit wins.

FRANKLIN, Pa. – Greenville won seven matches by fall on its way to a 63-9 win over Franklin.

Braydon Porter earned a decision at 106 for the Trojans, who also got three forfeit wins.

Trevor Hamilton got a pin for Franklin at 120 and Jonah Heckathorne a 2-0 decision at 160.

SHARON, Pa. – It was a very strong day for Eisenhower at the Sharon Duals, as the Knights came away with a perfect 5-0 record.

Jacob Williams and Tucker Lindell both went 4-1 for EHS.