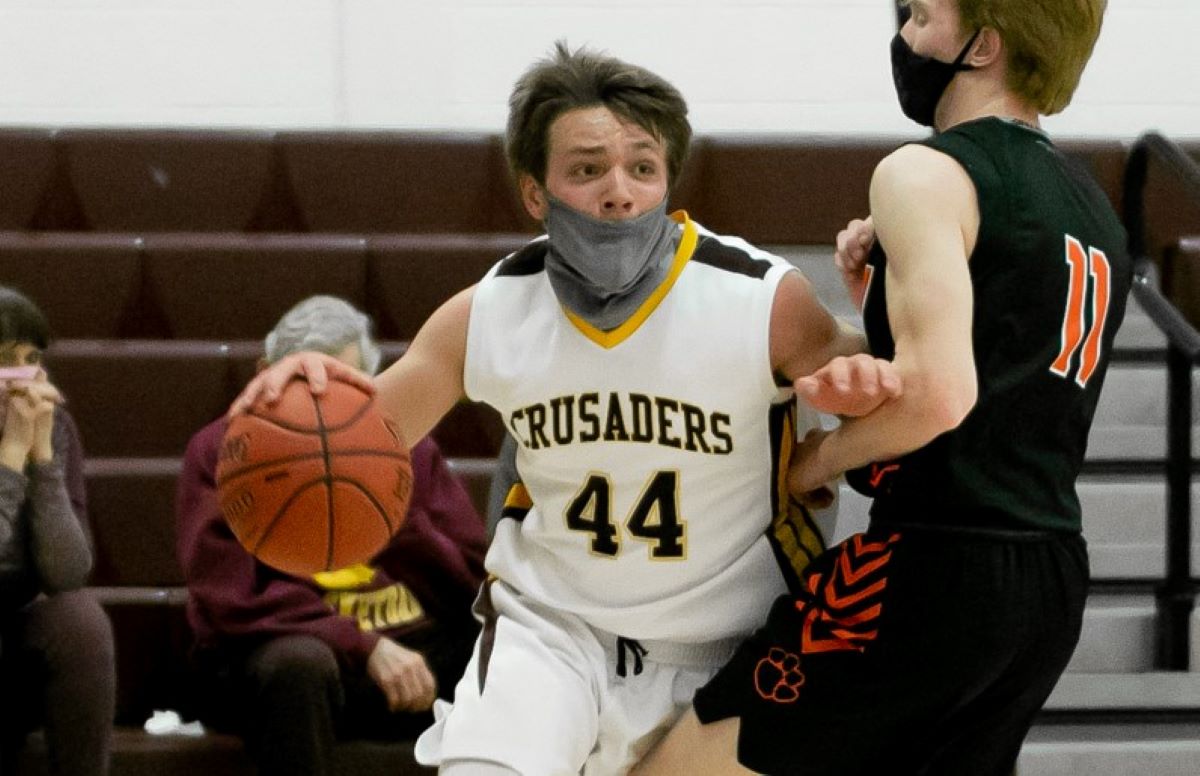 WARREN, Pa. –  PIAA quarterfinal berths are on the line Friday in Class 4A and 1A boys, as well as Class 3A and 2A girls for a host of District 9 and 10 teams.

The Greenville and Lakeview girls look to advance in Class 3A, as do West Middlesex and Cambridge Springs in Class 2A.

Fairview (24-2) looks to continue its dominant postseason run against the WPIAL third-place finishing Leopards. Fairview has won every postseason game by double figures, including 61-39 over Burrell in the PIAA first round. The Leopards (18-7) are led by LA Pratt, a 6-5 guard, Duquesne commit, and leading scorer, as well as senior guard Ali Brown. In an 86-67 win over Central-Martinsburg in the first round, Brandin Cummings had a game-high 26 points. Fairview went on a 25-2 third-quarter run to pull away from Burrell. James Sitter had 16 points, Tyler Shultz 13 and Logan Frazao 12. The winner will play the Quaker Valley/Belle Vernon Winner in the quarterfinals.

A D9 vs. D10 matchup as ECC (23-5) is coming off a 49-47 win over Rochester, while Farrell (16-8) took care of business against Geibel Catholic. Lamont Samuels led four Farrell players in double figures with 21 points in the first-round win, while Omar Stewart had 14, Kabron Smith 13, and Nasir O’Kane 10. ECC, meanwhile, got a layup with just under two minutes to go to break a 47-all tie against Rochester. Jordan Wasko had 13 points in the win, while Charlie Briendel added 10 and Luke Jansen eight. The winner will play the Bishop Carroll/Union (New Castle) winner in the quarterfinals.

DCC (19-8) was impressive in a 70-50 first-round win over Conemaugh Valley, as Alec Srock had another monster game with 27 points and 18 rebounds, while Andrew Green scored all 12 of his points after halftime, with Jalen Kosko also having a big game in the win. They will face a stiff test in WPIAL champion Canevin (21-4), which is coming off a 73-40 first-round win over Johnsonburg. Kai Spears led a balanced effort with 14 points, Amari Evans nine, and Jaden Gales, RJ Sledge, and Kevaughn Price all adding eight points. The winner will play the Williamsburg/Amani Christian winner in the quarterfinals.

After a 41-37 first-round win over Keystone Oaks, Greenville looks to keep its dream playoff run going against WPIAL runner-up Freedom. Anna Harpst had another big game in the first round win with 17 points, while Grace Cano added 13 and Josie Lewis seven. They will face a Freedom team that is coming off a 44-31 first-round win. Renae Mohrbacher had 19 points in that game and Shaye Bailey 14. The winner will face the River Valley/Chestnut Ridge winner in the quarterfinals.

Lakeview (22-4) got defensive in a 34-27 win over Avonworth, allowing just 12 points in the second half. Reese Gadsby scored 15 points in the win, while Amber Sefton and Kelsey Seddon had six each. The Lady Sailors look to advance to the quarterfinals, but it will be a stiff test against WPIAL champion North Catholic (20-5), which had no trouble in a 52-36 win over Penn Cambria. Alayna Rocco scored 16 points in the win, notching coach Molly Rottmann’s 500th win in the process. Tori Drevna had 15 points and Division I prospect Dacia Lewandowski 14. The winner will face the Forest Hills/Laurel winner in the quarterfinals.

D10 champ West Middlesex (21-3) is coming off a dominant 68-44 win over Apollo-Ridge in which Carlie Beatty and Caitlin Stephens combined for 41 points and Emma Mild and Kennedy Beatty tallied eight each. They will face a Bellwood-Antis (22-6) team that earned a 44-35 win over WPIAL runner-up OLSH, rallying from a 20-15 halftime deficit. Chelsea McCaulsky had 16 points in the win, while Lydia Worthing tallied 14. The winner will play the Homer Center/Serra Catholic winner in the quarterfinals.

Cambridge Springs (19-6) was impressive in a 54-36 first-round win over Brockway, and now they get WPIAL champion Neshannock (25-2) in the second round. Neshannock is coming off a 46-23 win over Penns Manor (which knocked Cambridge Springs out of the PIAA playoffs a year ago). In the win over Brockway, Maddie Yanc poured in 27 points, while Makenzie Yanc added 10, Finley Rauscher nine, and Hailee Rodgers six. Marian Haggerty averages 16.8 points per game for Neshannock, while Meghan Pallerino checks in at 15.3 and Neleh Nogay 14.9. The winner will play the Seton LaSalle/Shenango winner in the quarterfinals.

March 11, 2022 District 9 and District 10 Basketball Schedules Powered by Hunter’s Station Golf Club
March 11, 2022 D9/D10 Basketball Scores Powered by Janney Montgomery Scott in Clarion
This website or its third-party tools process personal data.In case of sale of your personal information, you may opt out by using the link Do not sell my personal information.
×
Manage consent