One for the Books: Fairview Girls Hold off Mercyhurst Prep to Complete Undefeated Regular Season 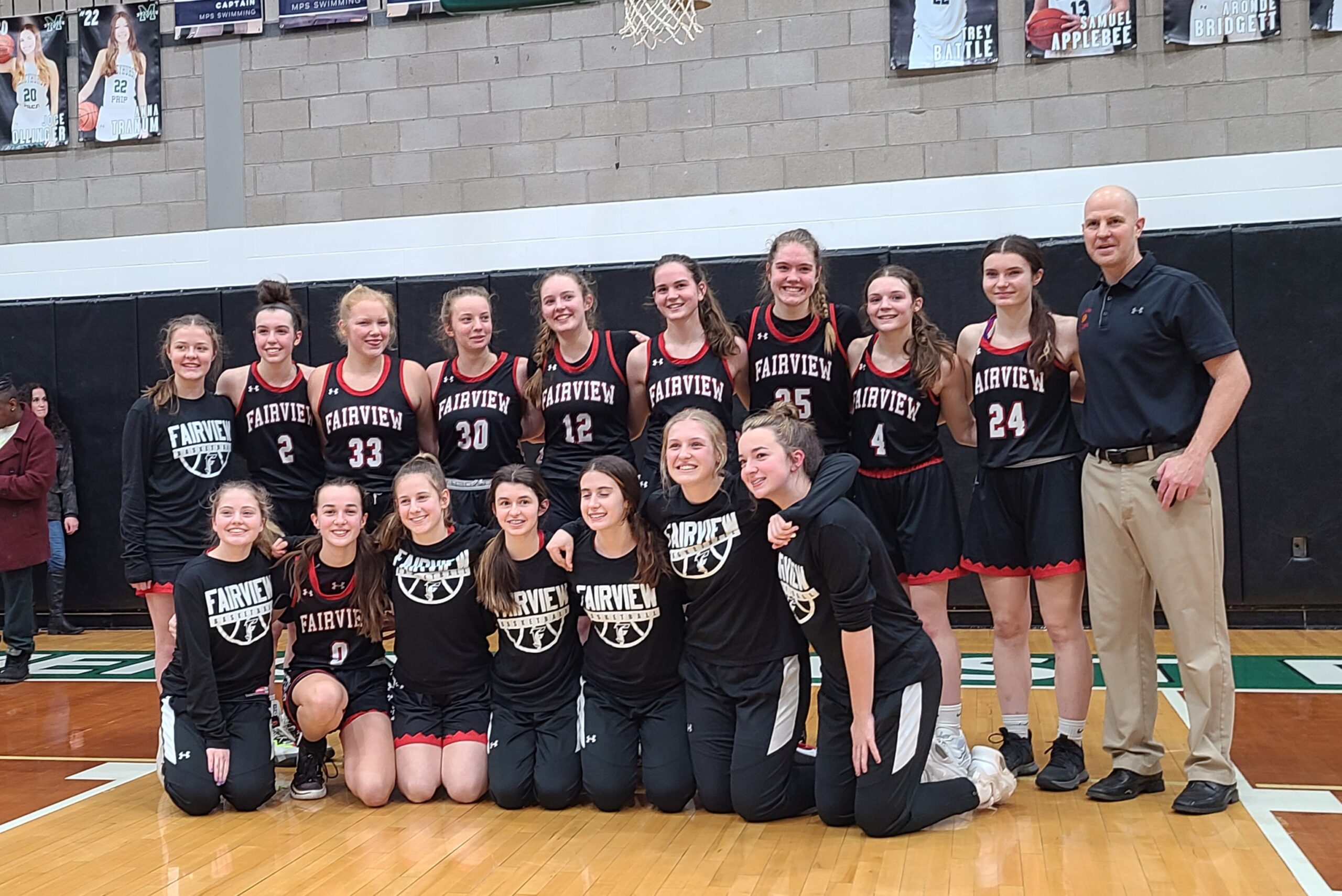 Fairview finished off a 22-0 regular season with a 51-44 win over Mercyhurst Prep. Photo by Andy Close.

ERIE, Pa. – A regular season for the history books.

The Fairview Lady Tigers completed a 22-0 regular season at the hands of rival Mercyhurst Prep on Tuesday, checking off several milestones in the process.

The 22 wins are a program record and the outright region title is also the program’s first.

“It feels great, I’m so happy,” said junior 1,000-point scorer Hope Garrity. “My teammates and I were just in the locker room, we’re all just so happy.”

Garrity came out and knocked down a pair of early 3s, which helped the Tigers jump out to an early 14-3.

It was a double-digit lead they held until the fourth quarter.

“We came out with really good energy,” Garrity said. “We all believe in each other and once we get on a roll we just build on each other’s momentum and keep going and going.”

Fairview’s defense was stifling, especially early, as the lead swelled to 17. The Lady Lakers (15-7) were also saddled with some early foul trouble and went to their bench early and often.

“Thank god we did (get off to a strong start),” said Fairview coach Aaron Garity. “Because that’s not how we usually play in the second half. But credit to them (Mercyhurst Prep). That’s a really good team.”

Fairview went the first four-plus minutes without a point until a Sara Gennuso putback jumper. The lead was still 13 at that juncture, but the Lakers weren’t going down without a fight.

A Sadie Messer three cut the lead to six early in the fourth quarter, and Mercyhurst Prep got within four, 44-40, on a pair of Olivia Kulyk free throws with under two minutes to play.

Garrity, who went 8-of-10 from the free-throw line, made sure the lead didn’t get any closer, knocking down some big ones down the stretch.

Bre Heidt was held without a point but came up with some key rebounds, Ella Garrity knocked down some key shots and Caroline Zentis played outstanding defense.

It was a formula that has played out time and again for Fairview this season, one that coach Garrity attributes to the tremendous focus they have.

“Coming into the season we wanted to defend the district title and these other goals have come our way,” he said. “It’s great, it’s been awesome and the kids deserve it. It’s a credit to their focus and taking it one game at a time.”

Mercyhurst Prep’s Lillirose Lang drives to the bucket during the first half of Thursday’s game against Fairview. Photo by Andy Close.

That focus was also on display when the Lakers pushed them late in the game.

“There wasn’t any panic,” coach Garrity said. “The girls were really cool and calm under pressure against a really good team.”

Hope Garrity finished with 23 points to lead Fairview, while Gennuso had 10 and Elle Garrity Zentis eight each.

Both teams now await the release of the District 10 playoff brackets, which are slated to be released on Sunday.

The Tigers will assuredly draw the top seed, with the same Laker team likely in the 2-4 range along with Lakeview and Greenville.