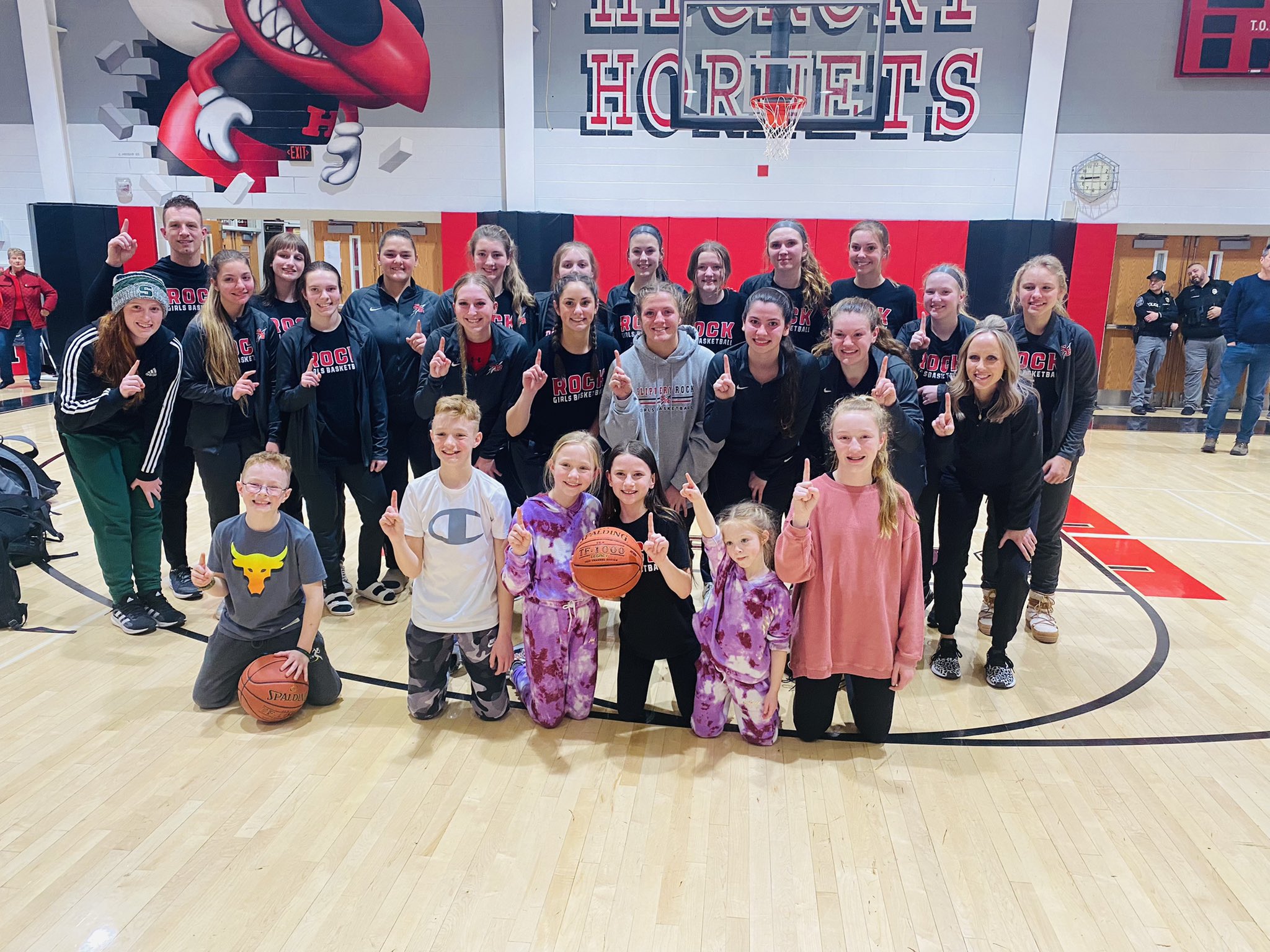 The Rockets entered play on Thursday in a first-place tie at 9-2 with Grove City, with the Eagles being defeated by Conneaut.

Slippery Rock actually trailed at the end of the first quarter, 8-7, but rallied to ake a 17-13 halftime lead and outscored the Hornets by 13 in the second half.

The Golden Eagles built a 26-15 halftime lead en route to the win.

Paris Gilmore had a monster game for Kennedy Catholic, pouring in 24 points, while Bellah DiNardo was also in double figures with 13 points.

The Big Reds mounted a comeback that came up just a bit short in the second half, led by Carlie Beatty, who scored a team-high 15 points. Emma Mild added nine for the Big Reds.

UNION CITY, Pa. – Hailee Rodgers scored 15 points as Cambridge Springs clinched a share of the Region 2 title with a 49-14 win over Union City.

The Blue Devils finish in a tie with Maplewood, with each team’s only region loss coming at the hands of the other.

Jessica Messenger and Michayla Magee had four points each for Union City.

GUYS MILLS, Pa. – Sadie Thomas connected for 20 points as Maplewood earned a share of the Region 2 title with a 62-26 win over Youngsville.

Maplewood finishes with just one loss in region play, splitting the regular season series with Cambridge Springs, with each winning on the other’s home floor.

Izzy Eimer was also in double figures for Maplewood with 12 points, while Bailey Varndell added nine and Liliane Moorhead eight.

NEW WILMINGTON, Pa. – Grace Cano scored 18 points as Greenville clinched a share of the Region 4 crown with a 44-29 win over Wilmington.

The Trojans finished with an identical 9-1 region record with Lakeview, and the two teams split their meetings.

SHARON, Pa. – Amber Sefton poured in 23 points as Lakeview clinched a share of the Region 4 title with a 55-34 win over Sharon.

The Sailors (9-1 Region 4) finish in a tie with Greenville, as the two teams split their regular season series.

Reese Gadsby added 19 points for Lakeview, which outscored the Tigers 30-8 in the second half.

Kylee Hasan had 10 points for Sharon.

Hailee Gregor netted 16 points in the win for Saegertown.

The Huskies outscored the Dragons 17-8 in the fourth quarter en route to the win.

Brooke Przybylski added 11 points in the win for Harbor Creek.

SHARPSVILLE, Pa. – It was the Alli Davis show at Sharpsville on Thursday, as the senior connected for 35 points in a 76-21 win over Titusville.

LINESVILLE, Pa. – Conneaut outscored Grove City 26-10 in the second half on its way to a huge Region 5 win over Grove City.

Delaney Callahan and Hannah Reiber had eight points each for Grove City.

The Victors jumped out to a 24-12 halftime lead en route to the win.

Addie Biel was also in double figures for Villa with 10 points.

Louisa Opp led the way for GM with nine points, while Payon Massey and Bailey Cannon added seven each.

Feb. 17, 2022 D9 Boys/Girls Hoops: Ognen, Adamski Lead Smethport Boys; Punxsy Girls Roll
One for the Books: Fairview Girls Hold off Mercyhurst Prep to Complete Undefeated Regular Season
This website or its third-party tools process personal data.In case of sale of your personal information, you may opt out by using the link Do not sell my personal information.
×
Manage consent