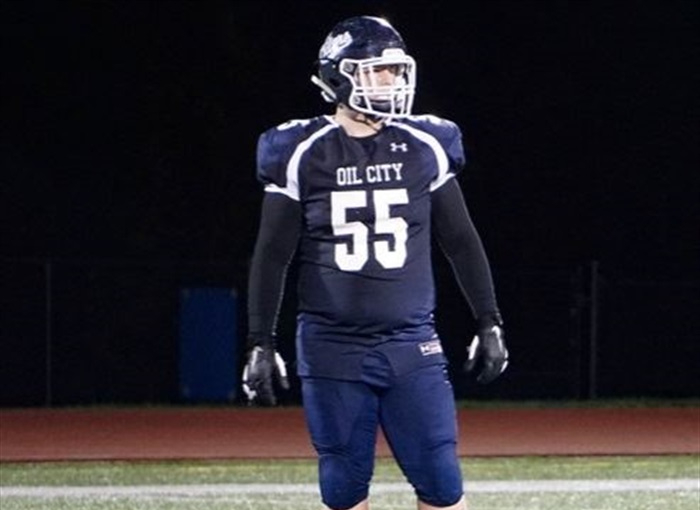 WARREN, Pa. – Mario Fontanazza and the Oil City offensive line have paved the way all season, and did so once again in Friday’s 56-0 District 10 Class 4A semifinal win against Conneaut. Fontanzza’s dominant effort against the Eagles earns him the Week Seven D9and10sports.com Jim Kelly District 10 Football Player of the Week Powered by the Allegheny Grille.

With Fontanazza and company leading the way, Cam Russell rushed for 196 yards and four touchdowns. The Oilers racked up 433 yards of total offense, including 307 on the ground.

Fontanazza was also a catalyst in the shutout for the defense with a team-high 13 tackles, including two for loss.

Fontanazza becomes the second Oil City player to win the award this year, joining his teammate Russell, who earned the honor in Week 2.

Harbor Creek Holds Off Meadville, Advances To D-10 4A Title Game
Johnsonburg Out of D9 VB Playoffs Because of COVID-19; Issues at Ridgway Could Impact Brookville Football