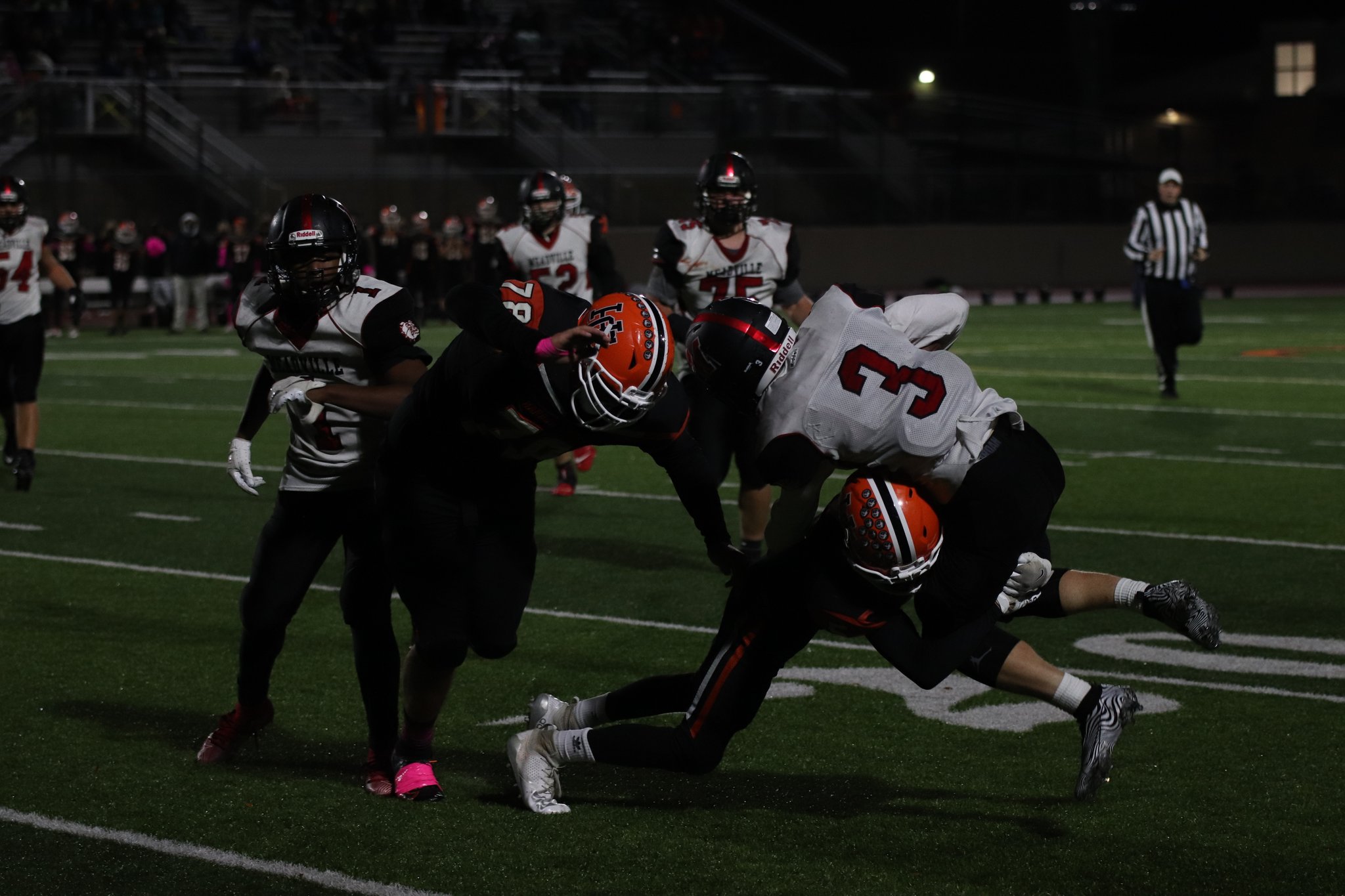 HARBOR CREEK, Pa. – After breezing through the regular season, Harbor Creek faced its first true adversity in Monday’s District 10 Class 4A semifinal against Meadville on Monday.

They passed with flying colors.

On 4th-and-10 on the first play of the fourth quarter, Harbor Creek quarterback Casey Smith broke loose on a 27-yard touchdown run to break a 14-14 tie and ultimately lift the Huskies to a 20-16 win.

That was followed by a massive defensive stop by the Huskie defense, as Meadville had a fourth-and-goal from the HC five with just over two minutes remaining the game.

The Bulldogs forced a punt with 20 seconds, and a bad snap sent the ball out of the back of the end zone for a safety. The Huskies (7-0) were able to hold on for the victory, however, advancing to play at fellow unbeaten Oil City in the title game on Saturday at 7 p.m.

In a game that was moved from Friday because of positive COVID-10 cases in the Crawford Central School District, there was a fast pace right from the start. Cam Williamson raced 78 yards on the Huskies’ opening possession to the 1-yard line, and Smith punched it in from there.

Meadvillle (5-2) answered right away, as star running back Khalon Simmons broke free on a 49-yard touchdown run, tying the game at 7-7.

Griffin Buzzell gave the Bulldogs the lead in the second quarter, punching it in from 5-yards out at the 9:34 mark.

That was the first and only time Meadville led.

On the ensuing Harbor Creek possession, Williamson plowed into the end zone from five yards out at the 5:38 mark to make it 14-14, a score that stood until Smith’s touchdown run in the fourth quarter.

Harbor Creek will seek its first-ever D-10 title on Saturday, while the Oilers will be going for their second-straight after winning in Class 5A in 2019.